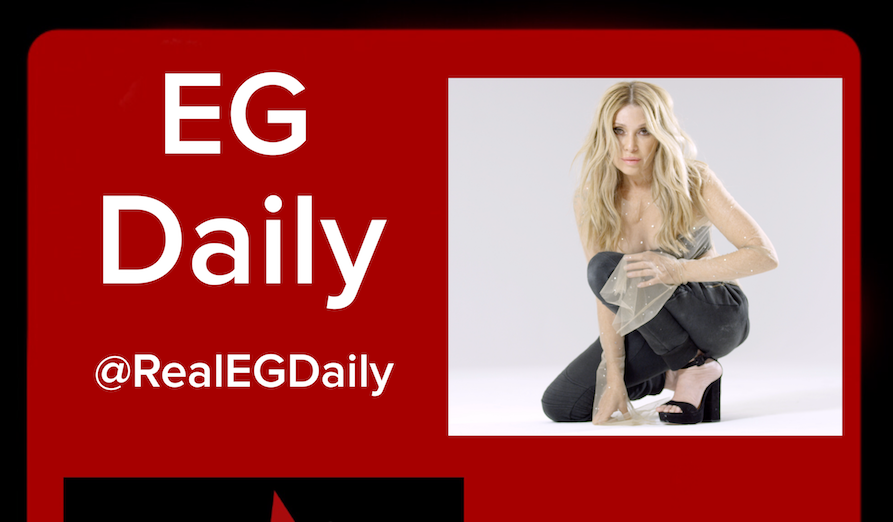 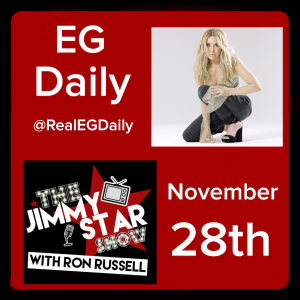 Actress/Singer/Songwriter/Voice-Over Artist EG Daily will be a featured guest on The Jimmy Star Show live radio/tv show hosted by King of Cool Jimmy Star along with Cool Man About Town Ron Russell to discuss her new single “So Pretty” , her career and the entertainment industries at large. The Jimmy Star Show is tv/radio’s coolest hit show, featuring the coolest in music, entertainment, fashion and pop culture, all from a fun industry insider perspective in a completely live, unedited fast-paced two-hour conversational format.

EG Daily (PEE WEE’s BIG ADVENTURE as ‘Dotty,’ Tommy Pickles in “Rugrats,” “Powerpuff Girls” as ‘Buttercup,’ BABE, HAPPY FEET) has had a remarkable Hollywood career and has just released the new music video for her most personal song yet entitles “So Pretty”. Daily delivers a stunning vocal performance with a powerful message to Hollywood and the world that everyone should be treated with respect and accepted for who they, not what they look like. EG also stars alongside her two daughters in the empowering music video.

EG’s ever-opening eyes have seen and experienced firsthand Hollywood’s true colors and superficial appreciation based only on how a person looks, while ignoring any other aspects of who they actually are. Her raw and inspiring music video for “So Pretty” emotionally delivers the message that clothes, shoes, hair, makeup, body parts and plastic surgery should be the very last things that people measure and judge.

The Los Angeles native began her career at just 8 years old with roles on “Laverne and Shirley”, “Chips” and “Fame.” EG’s one of a kind voice opened even more doors as she gave life to Tommy Pickles on Nickelodeon’s “Rugrats,” making the catch phrase “A baby’s got to do what a baby’s got to do” recognizable worldwide. She also voices the iconic characters of Buttercup on Cartoon Network’s “The Powerpuff Girls,” Bam Bam on “The Flintstones,” Mockingbird on “The Avengers” and many more on the big screen including BABE, WRECK IT RALPH, HAPPY FEET and HAPPY FEET II.

As a singer/songwriter, Daily has also composed music and performed on a number of soundtracks, including Thief of Hearts, Scarface, The Breakfast Club, Summer School and Better Off Dead, and has collaborated with many well-known producers including Giorgio Moroder and Jelly Bean Benitez (Madonna, Whitney Houston, Michael Jackson). Last year, EG shined on NBC’s “The Voice” where she landed on Team Blake, embracing the competition with her gritty, powerful and emotional vocals. She is also known for singing the iconic theme song for “Two and a Half Men.”

Check out the new “So Pretty’ music video by EG Daily here:

The Jimmy Star Show with Ron Russell is pleased to showcase the expertise and talent of E.G. Daily and all anticipate a fun and informative time talking with her about her career and the entertainment industries at large.

To hear/see EG Daily live on the Jimmy Star Show with Ron Russell tune in to W4CY radio on Wednesday November 28th, 2018 from 3-5 pm ET and 12-2 pm PT online at www.w4cy.com from anywhere in the world!