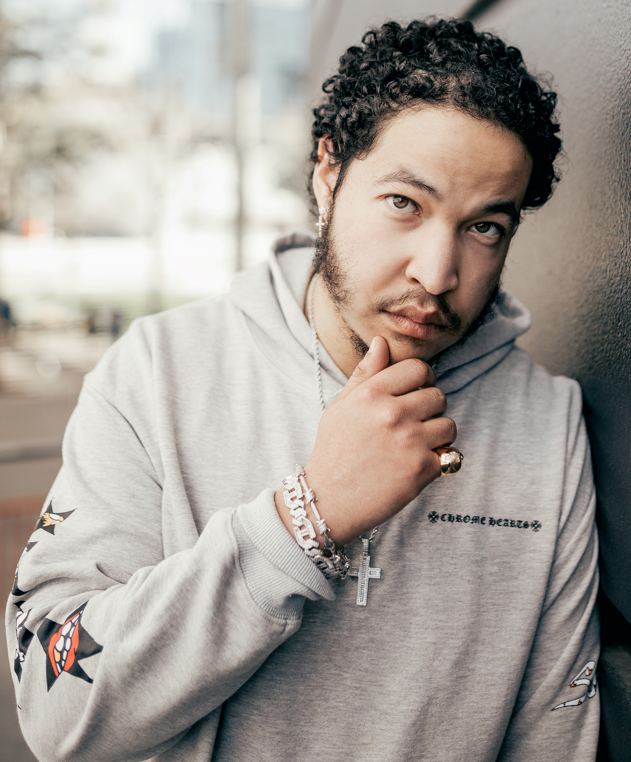 We are all gonna die/but do we really live? That’s the often pondered existential question that’s still as thought-provoking as ever. It’s also one of the key lyrics in the new single by Edwrd Tha Artist, or simply Edwrd for short. “DGAF No Mo,” is probably much different than what you would expect, based on the title alone. Though it’s a catchy title, some might  brush it off as just another work of angst and posturing, but it’s so much more.

Edwrd is from the southern metropolis that is Dallas, TX. Dallas is a city that is as well known for its agriculture as it is for its arts district. It’s a melting pot of Texas culture and liberal values, that somehow thrives under it’s own paradoxical premise. By all accounts, Edwrd did not choose music as his first career option. Instead, he found success in another sphere, but is now making a conscious effort to focus solely on his artistic pursuits.

Edwrd not only blows away expectations on “DGAF No Mo,” but he completely inverts them. Instead of being a tirade, the single is one of the most socially conscious things I’ve had the pleasure of reviewing in some time. Edwrd examines the prevailing sense of apathy that his generation has been relegated to in an age of uncertainty and despair. He doesn’t rail against the status quo, so much as doing commentary over it with a mature and thoughtful tone. “DGAF No Mo” is more melodic than bass-heavy and it successfully blends multiple genres.

Listening to “DGAF No Mo,” I felt as though as I was being given a glimpse of the future. The specific stylings that Edwrd employs are perhaps the most organic blending of Hip Hop and Alternative that I have ever heard. We’ve become accustomed to genre-bending offerings, but this feels different. There is a melody that supports Edwrd’s delivery and he straddles the line between singing and rapping. It’s a conscientious effort that gives off a positive vibe from start to finish.

The presence of an actual guitar on “DGAF No Mo” is striking. Many in Hip Hop have shunned the instrument and its decline in ubiquity has run parallel to the rise of the genre. Edwrd put himself in good company when entering the studio for this track. He credits both James Auwarter and Casper J Cole for pushing and encouraging him, artistically. The former boasts such artists as Kanye West and Lupe Fiasco as those he has worked with and Edwrd considers this to lend credibility to his music.

Edwrd Tha Artist is at the beginning of what could be an interesting and possibly prolific music career. “DGAF No Mo” is as auspicious as it is surprisingly poignant. As a single, it shows a lot of promise as to what to expect from Edwrd in the future. He brings a unique collection of influences and a message contained within his music, and ironically, seems to truly care. “DGAF No Mo” is now available on Spotify.