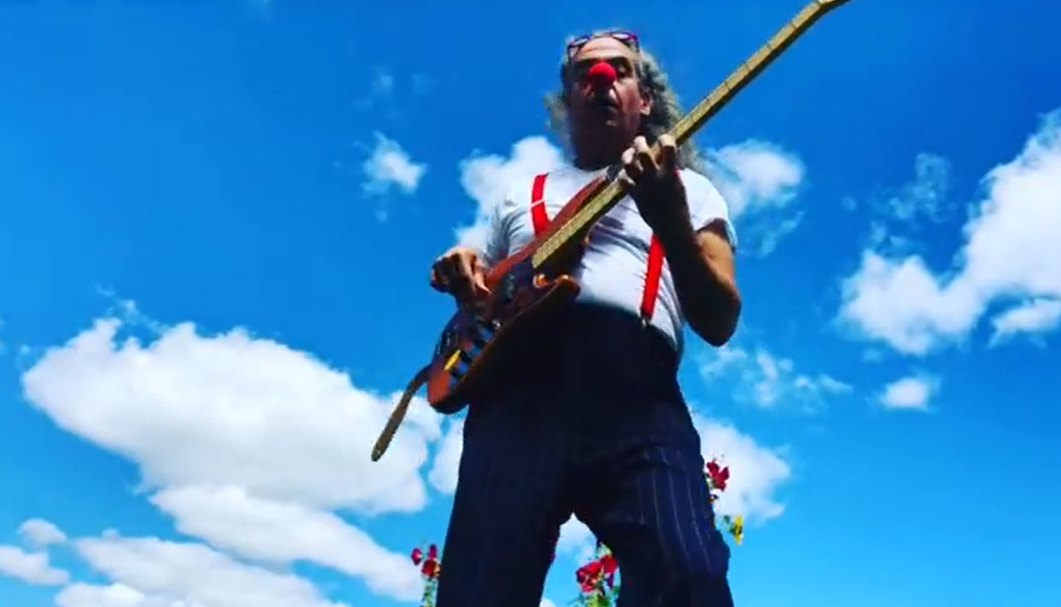 Ed Roman’s “Happiness” is one of the most vital pop singles I’ve heard in some time. The Canadian singer/songwriter is a one man creative dynamo expert at writing, recording, and performing condensed and snappy pop songs. It isn’t the disposable variety. Roman’s “Happiness” hums with compositional strength, top-flight musicianship, and well-tailored lyrics accessible to listeners without compromising its artistic aims. Most important of all, it’s entertaining as hell.

This is in keeping with Roman’s recent singles. “Stronger”, “Red Omen”, and “Tomorrow Is Today” are evidence of his ability to write substantial yet audience-pleasing tracks and “Happiness” continues that streak. For me, however, “Happiness” raises the bar for Roman’s work. The confluence of electronic instruments, guitar, pre-programmed percussion, and his rambunctious vocal has an irresistible bounce from the beginning. It never sounds forced or put-on but, instead, completely natural.

I can’t get enough of the guitar playing. Roman isn’t interested in a guitar-centric number, however, even if it is a key element in the song’s makeup. It carries much of the track on its musical back, alongside Roman’s voice, and contrasting its warm acoustic sound with electronic accompaniment is a smart move. The electronic additions, keyboards and synths, have a pivotal effect on the song, however.

The latter’s effect is outsized. Roman punctuates the arrangement with synthesizer-fueled exclamation points and longer lines that help flesh out the song. The sound he achieves has a distinctly 80’s/90’s flavor to me but isn’t any sort of drawback. I hear it much more as a honest artistic touch, Roman believes its inclusion improves the song, and there’s no homage in his intentions. You can’t associate “Happiness” with any particular era. It is one of the few pop songs exerting genuine cross-generational appeal.

It holds up, as well, under repeated listens. I believe many contemporary pop music fans are accustomed to exhausting new music’s possibilities by the first or second hearing but, however, “Happiness” is cut from a different cloth. The key is melody. Roman’s talent for writing memorable yet simple melodies compels listeners to return, again and again, to the track. It has an engaging manner that you can’t teach would-be songwriters; a song like this is either within your reach or it isn’t.

He has a voice capable of exploring different places. These aren’t the modulations of a classical singer, however, but instead reveal Roman as an adept performer able to mold his voice to the song’s ever-changing demands. He’s able to dramatize the song’s lyrics in an effortless way without ever slipping into histrionics and the production balances his singing against the music with a steady hand.

Anyone interested in modern music’s potential should hear Ed Roman’s “Happiness”. Popular music history is full of talk about movements, blazing trails, breaking new ground, but Roman does none of those things. Instead, he embraces the foundational elements that make a good song, he brings it all back home, and applies a sleek and stylish veneer over it all. It is a bracing single well worth your time.