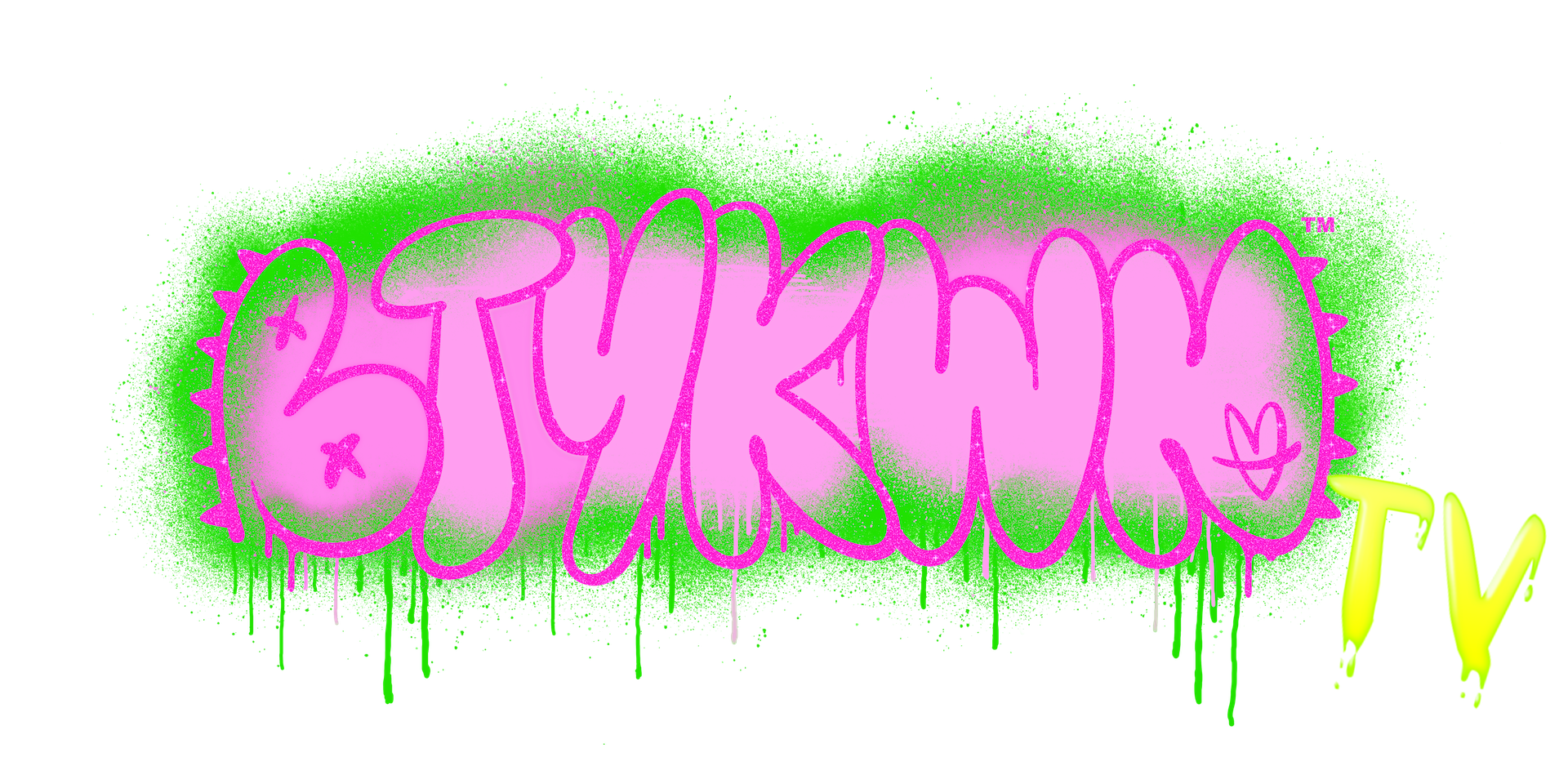 E! Veterans Get Behind BTYKWN TV First Ever Streaming Home For Makeup Superfans

E! Entertainment Television Co-Founder Larry Namer along with Emmy-winning techno-entertainment leader and former E! VP of Production Rick Portin are gearing up BTYKWN TV, the free streaming content offering of BTYKWN (pronounced BEAUTYKWEEN) the world’s first gender free members-only makeup metaverse with fashion icon Richie Rich tapped as headliner. BTYKWN and BTYKWN TV is created and founded by Hollywood branding guru & celebrity collaborator Mister D. Namer and Portin serve as Executive Producers of BTYKWN TV and co-founders of BTYKWN along with Mister D, Richie Rich and queer culture idol Kevin Aviance. “This has the potential to be even bigger than E! in that it launches to a global audience on day one for teens and tweens all over the planet that are craving this content and this audience has gone unaddressed for far too long! We aim to change the conversation immediately”, says Namer.

BTYKWN is the digital makeup superfan community that will umbrella the conversation around everything makeup. Says Mister D, “BTYKWN is the most fun digital place for the makeup obsessed and BTYKWN TV is IRL content in the most high-profile way—we are turning makeup into pop-culture. This has the potential to change the game forever and I am so thrilled that Larry and Rick love the vision and are involved. Those two are TV legends and media titans!” BTYKWN is the catalyst that is building a fandom and enthusiasm around makeup with the focus on the youth generation and BTYKWN TV aims to put the makeup artists they all love and admire on-camera as the stars. BTYKWN TV is the first ever streaming home exclusively for makeup superfans featuring high profile makeup artist guests, emerging DIY personalities, cutting-edge tutorials, Hollywood makeovers, in-depth masterclasses, and exclusive content with celebrities and influencers.

BTYKWN is the only gender free metaverse for glam superfans. Its mantra is: if you don’t fit in, stand out! Become a citizen today and join the metaverse for makeup freaks, outcasts, and misfits, a universal place where everyone is finally together talking about makeup and having fun. BTYKWN.COM is available worldwide to join and stream.

With an awesome career of taking fashion brands from inception to rock star status, MISTER D is now bringing those same sensibilities to the virtual world with BTYKWN (pronounced BEAUTYKWEEN). He ought to know, as MISTER D was making brands go viral long before the internet was a thing.

MISTER D is regarded as a pioneer of hipper-than-thou, bleeding-edge-cool fashion and beauty branding. MISTER D envisioned taking the fashion and beauty brands off the runway and surrounding them with celebrities and the Hollywood vibe, putting them onto television, and closer to their fans. MISTER D’s talents were sought by labels looking to make their mark on a wide audience of fans to become an iconic global fashion brand. He would go on to put “Fashion Entertainment” on the map. MISTER D created blockbuster concepts and conceived groundbreaking live shows and the tv cameras rolled. Mister D blazed the trail, bringing fashion brands out of industry circles, onto the world stage; and to the tip of everyone’s tongue working with a who’s who of stars including: Kate Moss, Linda Evangelista, John Bon Jovi, Naomi Campbell, Dave Stewart, Marc Anthony, Elton John, Tony Hawk, Snoop Dog and Madonna, just to name a few.

The iconic Richie Rich is an American fashion designer, legendary club kid, pop-culture star, and revered style idol. Richie Rich always sees the runway as his Hollywood studio and the audience as his fans. In 1999, Richie Rich and Traver Rains founded the cult-classic fashion label, Heatherette. Heatherette’s runway shows would kick-off Fashion Week throughout the world, from New York to Tokyo. The Heatherette runway established itself as the only runway to walk, and a seat in the front row was the only ticket to have. Richie Rich’s designs became instantly known for adorning the likes of a who’s who in young Hollywood- including Paris Hilton, Miley Cyrus, Naomi Campbell, Pink, and Fergie. Richie Rich would be dubbed fashions “Transformer” and he set up shop in Los Angeles and New York. His namesake design factory “House Of Richie Rich” would go on to be an innovative fashion label creator and first-of-its-kind trendsetter for fashion collaborations. He unleashed a fashion powerhouse with appearances on his runway shows by Ellen DeGeneres, Pamela Anderson, and Dita Von Teese. The in-the-know stars always have Richie Rich in their phone favorites for his latest stylings and he can often be seen as a special guest on select US and international broadcast television series, such as America’s Next Top Model and Project Runway. Richie Rich was inducted into New York’s The Metropolitan Museum of Art for an award-winning dress in 2019. Richie Rich is now riding his glitter unicorn into the makeup metaverse with BTYKWN (pronounced BEAUTYKWEEN). Richie Rich’s motto remains, “Everybody is a star!”

An entertainment industry veteran with close to 50 years professional experience in cable television, live events and new media, Larry Namer is a founding partner of Metan Global Entertainment Group, a venture created to develop and distribute entertainment content and media specifically for Chinese speaking audiences in China and abroad. In 2018, the company launched the MGEG Film Fund I and serves as managing partner.  He recently served as an Advisor and Chief Operating Officer of FanVestor. He is co-founder and Chief Of Pop at the new makeup community BTYKWN (BTYKWN.com), launched along with Richie Rich and Mister D.

Mr. Namer is the co-founder of E! Entertainment Television, a company now valued at over five billion USD, and the creator of several successful companies in the United States and overseas. Among those companies are Comspan Communications that pioneered Western forms of entertainment in the former Soviet Union and Steeplechase Media that served as the primary consultant to Microsoft’s MiTV for developing interactive TV applications.

Early on, he was named the youngest general manager of a major cable system at Valley Cable TV (VCTV) in Los Angeles. His vision and direction garnered VCTV several Emmy and Cable ACE award nominations, as well as recognition by Forbes magazine as the national model for local cable television programming. In 1989, he was awarded the prestigious President’s Award from the National Cable Television Association. He was honored with the “Outstanding Contribution to Asian Television Award” at the 19th Asian Television Awards in Singapore, and received the International Media Legacy Award at the 2017 Elite Awards Foundation Gala. He was the recipient of Lifetime Achievement Awards at the 2018 Hollywood Tribute Awards and the 2019 Hollywood China Night, presented by the American-Chinese CEO Society, both in celebration of the Academy Awards®.  In July 2019, he was awarded The Tribeca Disruptor Award at the Novus Summit, held at the United Nations, and in September 2020, he received the Lifetime Achievement Award from the French Riviera Film Festival.

As a techno-entertainment Storyteller, Executive, Producer, Director, Rick Portin makes the single screen experience come alive with interactive entertaining content, designed to capture and provide stickiness for digital and broadcast audiences.  Rick takes entertainment to the next level by bringing the traditional and integrating the new, accelerated with the blending of innovative technologies and a creative programming vision. His sweet spot immerses audiences with virtual interactive entertainment experiences, making them part of a virtual community to enhance the story across entertainment, gaming, corporate, and sports genres, all integrated into e-commerce, social media platforms, advertising and merchandising.

He joined in building global celebrity pop culture entertainment network for E! Entertainment Television, Hollywood Reporter TV and Metan (US and China), as Vice President Production. As a leader in the development of ESPORTS/Gaming entertainment for Xbox, Ubisoft and multiple gaming and technology studios, Rick is producing and directing interactive, live, entertainment content with transmedia virtual experiences, attracting global audiences from gaming consoles to streaming content. As CEO of his own production company, Rick’s experience demonstrates his unique blend of creativity, technology integration and production leadership in streaming, broadcast, digital, virtual, gaming, augmented reality and live content for clients such as: Microsoft/Xbox, Fox Television Studios, Viacom, Vin Di Bona Productions, WME/IMG, Starbucks, Blizzard, Halo, as an Executive in Charge of Production, Director, Executive Producer and Creator. Portin is excited to now be building a virtual world at BTYKWN as a co-founder.

The subculture of fabulosity was born in the body and sound of queer culture idol–the legendary Kevin Aviance. From global drag performance artist to DJ to Fashion Designer to Pop Artist this multi-hyphenate has got it going on. And that is what makes Aviance an inspiration for today’s youth generation around the world.

Kevin Aviance is a bonafide icon and talked about everywhere. With four #1 Billboard dance hits, over 10 groundbreaking music videos and a fan base stretching from New York to Tokyo, this is a style icon that continually breaks new ground and is admired for his gender fluid avant-garde fashions, his award-winning pop art, iconic dance and music performances in the international dance music scene, and his proud presence, all of which have made him a huge star in LGBTQ+ circles around the world.

His debut album, Box Of Chocolates (Wave Records) introduced Kevin’s signature sound with the club hit, Cunty, recently covered by Aviance favorite–Jennifer Lopez. He has performed alongside the late Whitney Houston, Cher, Lil Kim, Mary J. Blige, Natalie Cole, Cyndi Lauper, Janet Jackson, Bette Midler, and was featured in Madonna’s Secret video, where once again Kevin had all eyes on him. Kevin has also appeared in major films and is on regular rotation on network talk shows, and reality series.

He has collaborated with DJs and producers that have become some of the most anticipated club nights in decades–including Junior Vasquez, Victor Calderone, Basement Jaxx, Deep Dish, François Kevorkian, DJ Gomi, Danny Tenaglia, Tom Stephan, Johnny McGovern, the late Ari Gold, Grammy Award-winners Peter Rauhofer and Hex Hector and two time Grammy nominated Tony Moran on his sophomore album Entity which spawned two #1 dance hits, Alive and Give It Up.

What’s new and next for Kevin Aviance? BTYKWN of course, so hold on to something, darlings. You’re about to get into it.