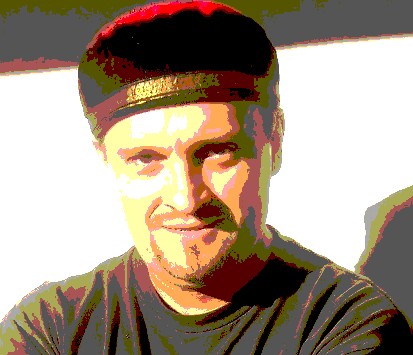 Drum Dynasty delivers an odyssey of atmospheric waves and daunting percussion in the 20-track trek Time Machine. This instrumental journey takes an almost narrative shape in its sequence, readying the listener on each track for a far-reaching sonic experience. If you’re thinking this is collection of drum layering and fills, it is, but it’s far more than an instrumental sound than you’ve experienced. This is a myriad of shapes, sounds and utterly exciting escapism that hasn’t been felt in some time – leave the preconceptions at the door. Time Machine opens your mind to endless possibilities.

Time Machine is Drum Dynasty’s third album. Behind the work is drummer Bruce Burgess, from the Seattle-based Progressive Rock Band Seven Against Thebes. Burgess enlists ambient composer Michael Carroll and producer Cyrus Rhodes. Rhodes is also the guitarist in Seven Against Thebes and the natural synergy happening within the trio is fantastic. If you’re thinking you’re leaning into an all-out, thundering assault of the drums, you’re in for a wonderful surprise.

Time Machine is at its best when the drums fill the spaces more as enhancements, rather than just four minutes of obliteration. Truth be told, there are moments of intensity, which are completely welcomed. With 20 tracks, there is a wide swath to explore and Drum Dynasty succeeds when they slowly, deliberately build up the anticipation. The beats are natural and not overdone to wow or blast the listener. For example, in the first track, “Countdown” the nervousness, the heart beating adrenaline of lifting off into space or the unknown is prevalent. What a great start to an album that mimics the emotional overdrive of space travel, a journey to the endless depths to the universe and beyond.

From “Countdown” the sonic experience continues to sway and swerve the listener into a bevy of sounds and surges. It’s truly enlightening and invigorating. “Asteroid Field” is much like being in the captain’s chair of a videogame. The percussion is more of a tinnier-sound. Think Larry Mullins Jr. on U2’s “Zooropa”. Then it’s a dreamy, gooey like soundscape in “Wormhole” before we land in the hyper “Lightspeed”. In “Lightspeed” the percussion is woodier, more organic. I sensed some hints of Asian influences and rather than imagining it as a spaceship or vessel, the sound of the drums reminded me of being a speck in the universe – peering into the fly flapping its wings. Lightspeed fluttering! The fifth track, “Supernova” had me immersed, almost drowning in a Dr. Who-like chamber. It’s mysterious and the percussion had a gathering effect, as if a storm were on the horizon.

I loved the synth bed in “Pulsar” and by track seven, “Dark Matter” the story really felt like it was picking up both steam and created this complete overtaking of the mind. “Dark Matter” at first reminded me of something out of a David Lynch movie, that dreary, Western like poutier guitar. The kickdrum rears its head, moving alongside the music bed like a living, breathing rhythm. I’d also like to highlight “March of the Mutants” for its Moroccan-like blending with melodic rock. So many sounds, so many eclectic and ever-changing moods and tones, it’s hard to really capture the transportation found in Time Machine. This is truly an ambient and percussionist’s dream album.