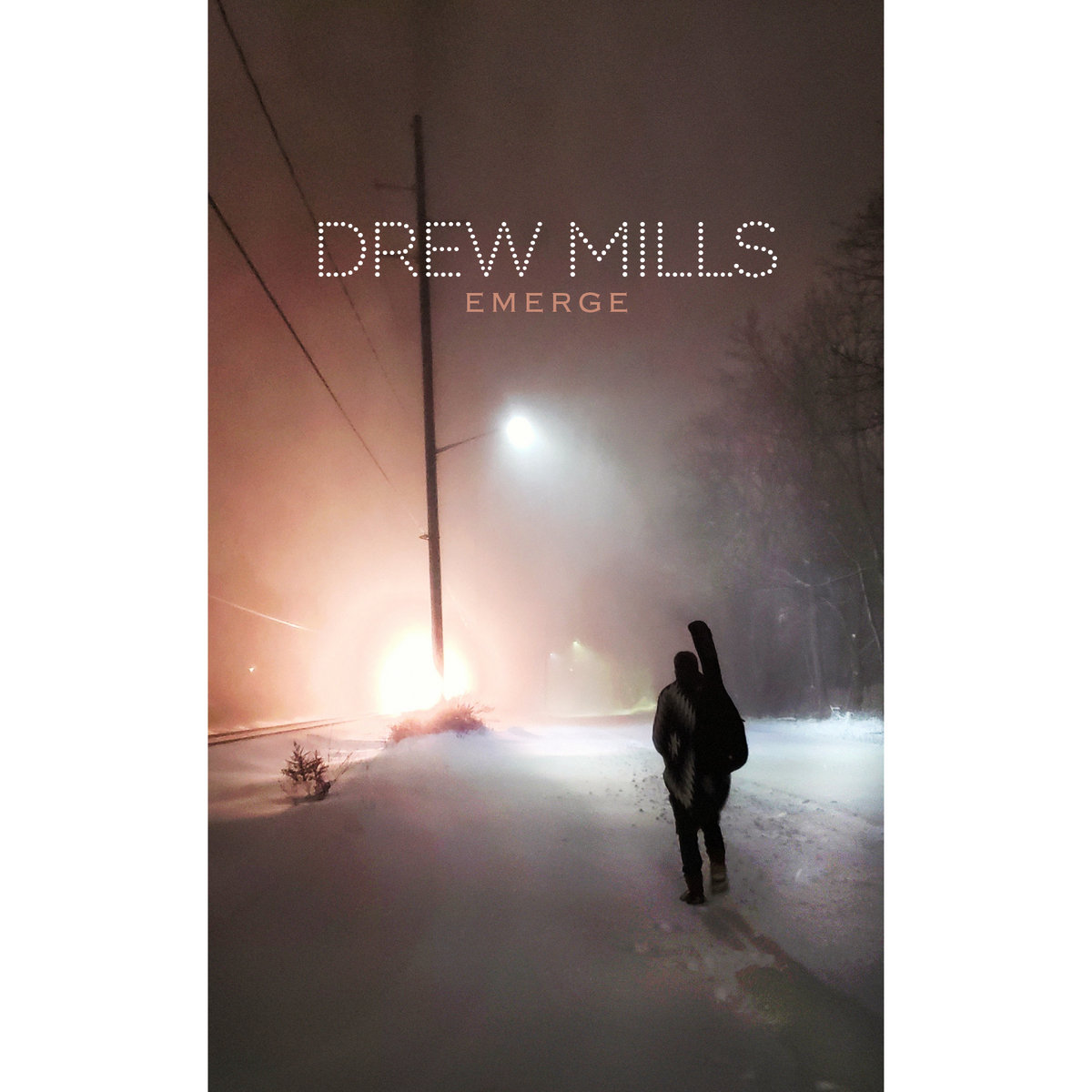 Long Island, New York native, Drew Mills has been singing, playing and writing songs for most of his life. Having worked on many different rock projects over his music career, the full-length Emerge, is his first solo project. The album was recorded at Spin Studios in Long Island, with a little bit of tracing down at Beneath the Sun Studios in Hicksville, New York. Using Pro Tools and an SSL Console, a bunch of different outboard gear was used for mixing from Neve preamps to Manley Tube compressors, dbx compressors, Marshall amps, Soldano amps and many different types of microphones. The record was produced by one of Mills’ best friends, Nik Chinboukas out of Spin Studios and was mastered by Roger Lian at his own facility in New York City. As far as the sound and style of Emerge, it offers something for everyone – many different textures and sounds, grooves and styles can be heard, influenced by such bands as Led Zeppelin and such legendary singer/songwriters as Joni Mitchell. Mills states that the songs he’s written “are a collection of songs that I have written along the way on my journey through this life – which best represents the complete body of [my] musical work, from beginning of my song writing endeavors until now.”

For starters, “Soul Lover (feat. Lucia Micarelli)” begins with a soft and warm sound – not to mention, a cool soulful presence throughout. The lyrics are simply about getting some love and healing for the soul. What stood out to me was the song’s main bass melody and the great addition of the violin/fiddle. “Another Color” has got something unique to it – I couldn’t quite put my finger on it. It offers the listener a bit of acoustic folk funk and fantastic vocal harmonies – but wait, there’s more – a trumpet too!  If I were to make a guess, the song could be described as a mix of the old ‘70s Chicago sound —Blood, Sweat and Tears and perhaps the Allman Brothers Band. But hmm, maybe that’s not it. Anyway, a super track from start to finish. “Lose My Mind” is a short number that starts off with a unique combination of harmonica, trumpet and what sounds like a dobro guitar. The gentle acoustic rhythm, love song songwriting and vocal harmonies, makes me think of the  Doobie Brothers meets “Going to California” by Led Zeppelin. “Even Now” flips the coin and showcases a harder rocking guitar sound and style, with piano softening the edges just a bit. Mills’ voice sounds extra gritty and passionate, in this song about finding what is real in life when “the truth has so many sides.” “I Shoulda Known” is a fun tune. The bass drum is deep and echoey, the guitar taking on a blues style, vocal big and soulful, and all are accompanied by an extra lead guitar and harmonica. In a way, it reminded me of Tom Waits’ stuff. Lyrically, this is a fantastic example of getting cheating on by someone you deeply loved and trusted. You’ll relate if you’ve been in that situation before.

If you love the classic hard rock of the ‘70s, a laLed Zeppelin, you’ll definitely love “My Hurricane” a song about getting burned by “the man” and perhaps your own bad choices in life, from what I was reading into the lyrics. As a huge fan of the English supergroup, this tune was without a doubt influenced by them as far as I could tell. I loved it so much, I had to listen to it again. There’s even a little mandolin ditty at the end, just to be sure to get the Led out. “Bringin’ me Down” fast forward’s Mills’ style and direction into a modern, ‘90s post-rock/grunge/funk-punk sound. Quite a change up from the last few tracks, but it showcases just how much range this musician has. There’s a lot packed into this less-than-three-minute-song, a track not to be missed for sure! Another track I would highly recommend is the album’s title track “Emerge.” If you’re into quieter moods and tones, and love the bass violin, you should like this one a lot. “So Simple” is another short song that ramps things up with a gritty guitar edge and the nice warm sound of a snare drum – so good. What stood out for me, were the guitar “stops and starts,” for lack of a better description. If you listen closely, I think there is some organ playing in the background, too. Those “stop and start” guitar breaks, especially on the words “So simple, so simple” remind me a little of the band Living Colour.

“Give in to Me” begins with a quick drum fill and more tight, guitar chord change ups. This song reminds me of Led Zeppelin’s later work, like something off of In Through the Out Door. This is another great example that has all the makings of a classic hard rock song. And, the more I Iisten to Mills’ voice, the more I think his tone and range remind me of Paul Stanley’s voice, but smokier and grittier. The last track is a piano postlude of the fourth number, “Even Now.” It’s quite exquisite, and again, a track that shouldn’t be overlooked. I mean, if Wills were to record just a piano album with these kinds of songs on it, I would listen to it for days on end. That said, Drew Mill’s solo debut Emerge, showcases the emergence of a seasoned songwriter’s remarkable talent.