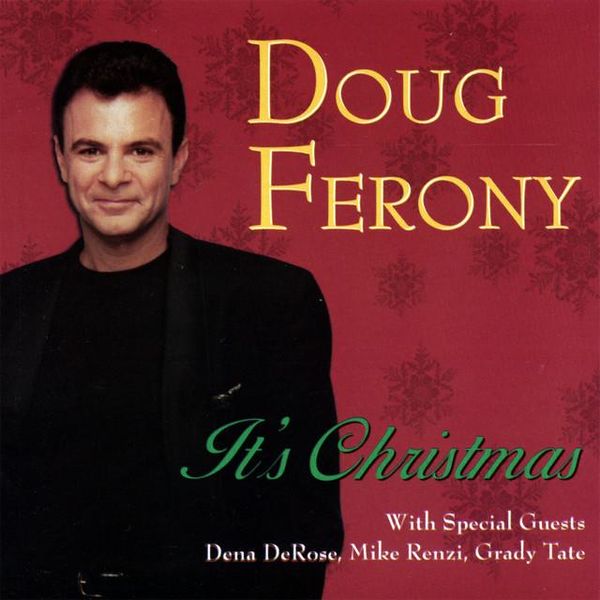 Doug Ferony is a crooner of the most classical variety, and when he steps up to the microphone to record something, it surely attracts both fans and new listeners alike. Over the years, he’s made it clear that his technique isn’t one constantly adapting to whatever trend happens to be the talk of his scene, and in his new single “It’s Christmas,” the title cut from a marvelously immersive holiday record, he continues to wow listeners with his lyrical prowess as well as his sterling execution at the helm of a harmony. His vocal is striking from top to bottom, but beside an arrangement as complex as this one is, it’s all easier to understand why he’s gained the respect of critics for as long and as consistently as he has.

There’s no instrumental buffering between Ferony’s voice and the keys here, and personally, I don’t think he needs one. The way he straddles the groove with his verses is undisputedly epic. When you’ve got the kind of charisma this guy does, there’s no need to sweat the intricacies a lot of other players would spend the lion’s share of a recording process trying to iron out and perfect. He just has to be in the booth, crooning as he has for the better part of his life.

In terms of skillset, Doug Ferony isn’t an amateur by any measurement. I think he does a good job of providing an ample window into his talents here without overstating his presence in the arrangement. The instrumental side of “It’s Christmas” is as enrapturing as any of his words are, if not a touch more where it counts the most, and I think that had he not given as much space to the band as he did in this track, we might not have been able to appreciate how multidimensional a performance he’s giving. There’s nothing quite like challenging yourself in the recording studio for the sole purpose of reiterating your abilities to the audience, and this is a man more than aware of as much.

If you’re as keen on yuletide music as I am, I would highly recommend taking a look at the titular song from Doug Ferony’s endearing It’s Christmas LP, which is generating quite a bit of buzz around his career once more this year. “It’s Christmas” doesn’t break from the conventionalities of his previous work, but it’s undoubtedly bound to get a couple of new listeners curious about who Ferony is and, more importantly, what his music can do when he’s allowed to run wild with his creative wit. I’m very impressed by the performance he puts together here, along with the production quality through which its narrative is framed, and compared to the competition, I think it can be said that this player is leading the charge on quality seasonal songs this December.