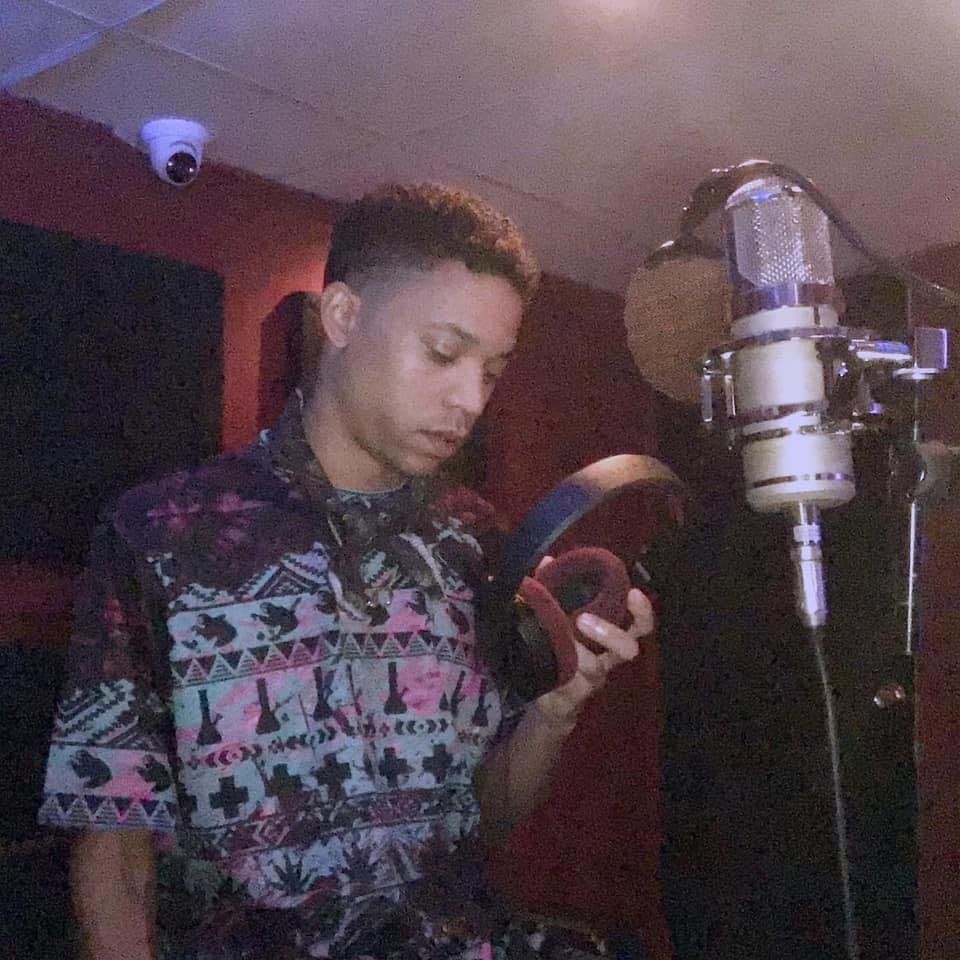 The guitar strings pace about in the foreground of “Dope Boy” long before Jay Delmore begins to rap in this latest single to join his discography, but even ahead of the verses it’s quite obvious we’re in for something extraordinarily brooding and honest here. The tone of the string play offers a heavy heart to the audience but doesn’t completely reveal the depth of thought Delmore is facing in the booth at this moment. He’s completely unfiltered and sounding deliberately cut off from the outside world in this performance, and what he shares is intimate on a level most rappers just don’t know how to reach. “Dope Boy” is autobiographical and self-critical in the most seething ways, and you don’t have to know this man personally to hear that in this song.

Delmore’s vocal has a lot of stress weighing on it, but this doesn’t stop his delivery from being slick and well-timed alongside the groove. He makes the most of the natural tension in the air without asking the strings to fill the gap between his words and the beat of the percussion, and had he not been accompanied by an acoustic guitar part in this mix, I don’t think his emotional state would translate as effortlessly as it does in this instance. His soul is fully exposed for the majority of this performance, and instead of concealing that with bells and whistles of the synthetic variety, he makes the flesh of his sentiments the greatest centerpiece this single could ever hope to feature.

This groove does a lot to advance the anxiety of the verse more than it does initiate a sense of catharsis as we get into the latter half of “Dope Boy,” but I still think it’s one of the sexiest elements of the instrumentation in this single. Being that Jay Delmore doesn’t have a hard time using the beat to shape diary-like emissions beyond the mic into tangible statements any of us are likely to relate to, and better yet, he sounds like the rhythm of the music here and the feelings in his heart are one and the same, operating off of the same pattern of chest-born pulsations that start and end all life. He’s one with the music, and this narrative is undeniably his own.

Picking up where the iconic Juice Wrld left off, Jay Delmore delivers an emotional, gripping performance in “Dope Boy” that left me speechless the first time I had a sit down with the song a little over a week ago. This is can’t-miss melodic hip-hop that fearlessly dives into the emo end of the pool like it’s nothing, all the while submitting to us fantastically honest verses that relate to the human condition and the struggle to remain humble at the same time. Delmore has a talent that a lot of songwriters in his scene really wish they could possess but few will ever even gain the company of in a recording studio, and he’s using it to make a beautiful ballad even more stirring in “Dope Boy.”