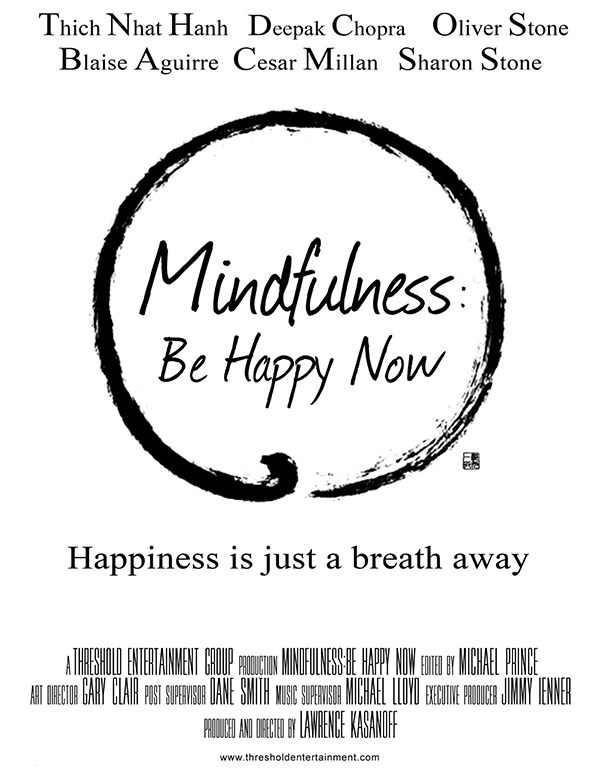 Thich Nhat Hanh first brought mindfulness to the West with his simple but important message, “Peace in Yourself, Peace in the World.”

“Mindfulness teaches one how to stay focused in the present moment, doing one thing at a time. It is the opposite of multitasking. Practicing mindfulness every day can improve both mental and physical health,” explains Larry Kasanoff, Chairman/CEO, Threshold Entertainment Group. “And you don’t have to be a monk to do it. The film itself is relaxing and fun.”

During the COVID-19 pandemic, there has been an alarming increase in mental health issues, including some reports of more than 50% of households experiencing them. Mindfulness: Be Happy Now can help viewers reframe and relax during these extremely straining and stressful times.

The feature was produced and directed by Kasanoff, most known for his feature films (True Lies, Mortal Kombat, Terminator 2), animated films (LEGO: The Adventures of Clutch Powers, Bobbleheads: The Movie), and location-based entertainment (Marvel Superheroes 4D).

For more information, please visit www.mindfulnessbehappynow.com  The film is also available on Amazon Prime.Share on Facebook