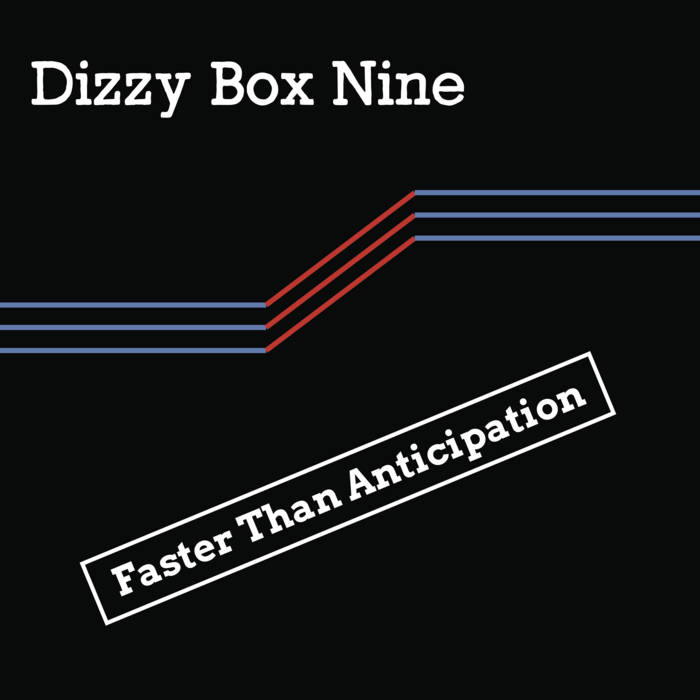 The Southern California sound is hard to miss. The West Coast vibe is undeniable. One band that is continuing that sun-flavored guitar riffs and pop rock luster is the rock outfit Dizzy Box Nine. Their new single “Deep Inside Your Mind” from the forthcoming album Faster Than Anticipation is the stuff of which California dreams are made.

Dizzy Box Nine is basically a three-piece band, which was formed in 2016. Making up the band is singer and guitarist Randy Ludwig, Tony Robles on guitar and Ryan Gio on drums. The have experimented with several bass players, but don’t seem to have consistency at that spot.  In fact, they have had four different bass players in four years as a group.  The band’s debut effort Electric Illusion hit in 2017, with their sophomore album, Pop Fantasy landing in 2019. Fantasy featured the hits “Anytime, Anyplace”, “I Won’t Let You Down” and “Rosie”. Home is the Los Angeles area and the Dizzy Box Nine core sound is another extension of the grand artistry exporting from California.

“Deep Inside Your Mind” displays velvet crush guitar riffs. The drums, click away, tap, tap, tap, as would the same rock arrangement you would fine on a Saturday night at rock club. This sound has this innate intuition. The drummer fills the cervices, much like Chad Smith from Red Hot Chili Peppers, with the slightest yet most powerful outings. Much of “Deep Inside Your Mind” reminds me of the sound that slipped away – that window of time right around 1989 that had the New Wave ending and the power pop of the early 90s gaining the limelight. The guitar riffs are warm like the Venice Beach’s sidewalks. The motion in this song is driven from the double-guitars, a melodic tandem bicycle ride.

Lyrically, “Deep Inside Your Mind” holds steady as a solid pop track. I want you the most…I’m coming after you, let me show you, show you the words domino. I think the song’s protagonist is really trying to figure out how this girl ticks, how she thinks. He might think she’s not open to the relationship because of preconceived notions about him, or maybe she’s just not that interested in his affections. He’s trying to show her that he’s a good guy, on which he’s worth taking that chance. Don’t you stand so close, I want you the most gives the listener an impression that the protagonist is not giving up. He’s going to be persistent in his pursuit. The vocalist is confident, with a bit of a boyish residue that Third Eye Blind’s Stephan Jenkins possesses.

The guitars pick up, the drum collides – the magic of “Deep Inside Your Mind” happens when these forces meet. It’s the movement of all the parts, more so than the lyrics, that gives this song a resounding pleasure groove. This trio more than creates that throbbing and yearning in the highly warm and melodic pop track. “Deep Inside Your Mind” tugs at the toe tappers and enlists the help of a storied musical state. Mindful of it all, Dizzy Box Nine keeps things sharp in their new song.