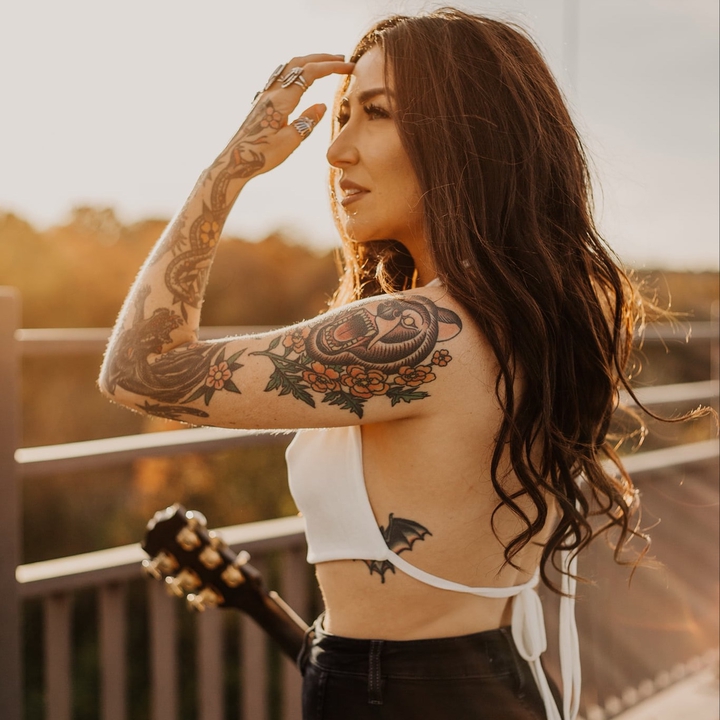 It’s impossible to discuss the new single “Dirt” from Sheyna Gee without breaking down the vivacious beat we’re met with at the start of the song, and although there’s plenty to be said about this rocker’s attitude in general, it’s undeniably driven by the girth of this percussive component. Although she’s not the only rock artist who has been garnering some well-deserved acclaim out of the underground in 2022, Gee develops a persona in this release that is a lot more physicality-based than what the competition has been able to muster lately, and it’s bound to give her profile quite the boost with mainstream audiences before 2023 officially kicks into gear. With “Dirt,” she shows us she’s not just one of the players – she’s a moody, melodic, fiercely independent performer who has something of her own to say.

While the angst-ridden attitude of the lyrics is conveyed quite mightily by the tone of Gee’s lead vocal, there’s something all the more fiery about the harmony she’s cultivating besides the guitar parts in this track. Similarly in the b-sides “The Moon” and “Lost and Found,” she utilizes duality as much as another artist would lean on the frilly nature of a fancy master mix, and she has no problem putting her voice right in the center of the action. I’ve been complaining about the lack of depth in her scene for the better part of this last year, but in “Dirt,” we’re getting a taste of some quality content that has the potential to break free of the insular environment in which it’s been pitched.

Rock hasn’t lost any of its carnal edge, and if you needed a player to come around with some evidence proving as much, Gee delivers in all three of the new songs she’s got out right now. So much of what I like about her personality in “Dirt” starts with her genuine appreciation for the foundational elements of what makes a smart pop/rock song feel a little more adventurous than what the standard calls for. The instrumentation has a burly presence that she counters with a humanizing melody as gritty as the lyrics it was meant to present to us, but even at her rawest, this isn’t a singer who loses her tact at the microphone.

It’s a new time for pop music, but with all of the minimalism that has been infecting the FM dial for the last couple of years, we were bound to see some positive indulgence sooner than later – hence, an artist like Sheyna Gee dropping something quite credible this winter. She translates as charismatic and talented with multidimensional rock singles in this performance, and whether you were aware of her rising status in the underground beforehand or not, a song like “Dirt” should educate you on how important an artist we’re listening to here. She’s got room to develop even further, but with the formula she employs for this piece, I think there’s potential to make a couple more striking rock tracks endearing to those who love what makes the genre so enticing in the first place.