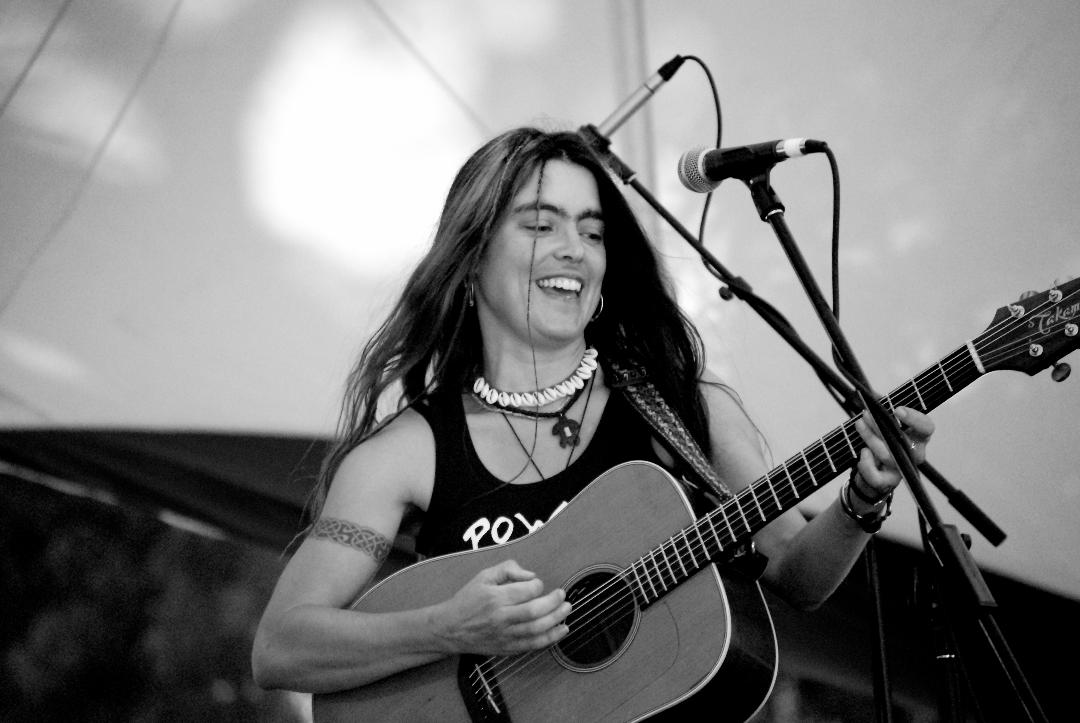 Diane Patterson first emerged into the modern folk singer/songwriter world in 1991 and followed it with a succession of well-received live, studio, and even multimedia releases. The self-described “folkgoddess” has wowed audiences in multiple settings thanks to her impassioned delivery, sparkling musicianship, and sharp lyrical skill. Her latest single “Somewhere There’s a Song Still Singing” matches her best work and explores her understanding of the symbiotic connections between people, songs, and the land they inhabit. Patterson’s voice, guitar, and words are more than enough to imprint this song upon your consciousness. It is a listening experience you will not soon forget.

Patterson, in addition to her numerous releases, is a seasoned live performer with unerring performative instincts. You hear those talents on full display with “Somewhere There’s a Song Still Singing” and her songwriting acumen keeps the track pared to a manageable length. Patterson’s gift for structuring compositions comes across in the fluid transitions from one verse to another, how the vocal melody complements her acoustic guitar without slavishly conforming to its melodic bent, and her keen ear for shaping the song in well-rounded fashion. It isn’t an open-ended arrangement lacking a conclusive end; Patterson wraps things up for listeners in a satisfying way.

Her references in the lyrics to Norse mythology and nods to Islam give her writing scope few songwriters attempt. There is a distinct literary tone to her writing style, but it is never overwrought and remains accessible for listeners. Diane Patterson isn’t the sort of artist who indulges in willful obscurity. Her clear desire to communicate with listeners helps her stand out in a form rife with peers and contemporaries boasting considerable talents of their own. Her inspired energies are palpable from the outset and she sustains them for the duration of the song.

She has effective range as a singer that allows her to explore various colors vocally. She nails recurring pristine higher registers without faltering and the lower registers of her voice invest the song with significant gravitas. She wreathes her phrasing with robust emotion rather than coasting through the lyric and the dramatic edge she brings to her words enhances their meaning more than any instrumental accompaniment could. She engages the material at every level.

Producing material like this seems like it is a straight-forward task thanks to song’s limited components, but it nevertheless still requires attention to detail and laser focus to balance Patterson’s sparkling melodic guitar and her voice without one ever overshadowing the other. It is clear she takes her lyric writing seriously, but the musical accompaniment is far from perfunctory and the recording captures her musical talents with clarity and physicality.

It is a testament to her artistic commitment that Diane Patterson is still working near or at the peak of her powers almost thirty years since first appearing on the scene. Countless others have either fallen by the wayside or else ride past glories rather than continuing to challenge themselves with new songwriting. “Somewhere There’s a Song Still Singing” is a performance intoxicated with the spirit of creation and the vibrant onrush of discovery the greatest songwriters embrace as their raison d’etre. .