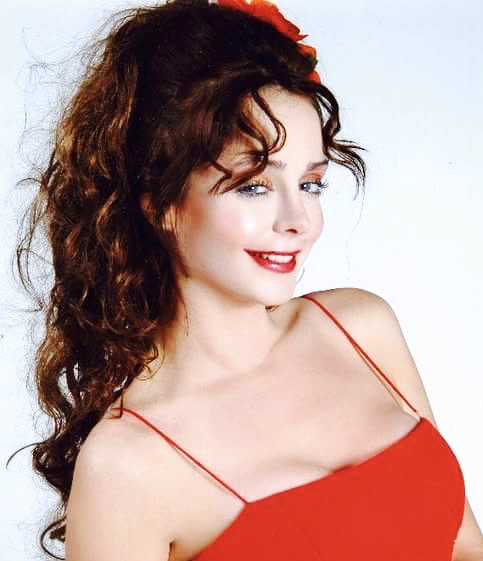 Despina Mirou: “Virgin of Many Talents”

Melania Trump, Ozzie Osbourne, Judge Judy, Sofia Vergara, Lady Gaga, Arianna Huffington, Eminem, Nancy Pelosi, Kim Kardashian, Penelope Cruz and a virgin for the second time…what do all of these people have in common?…..They are all actor, comedian, and comic impersonator  Italian/Greek/American rising superstar Despina Mirou at any given time.

Accidentally becoming a humorist, Mirou began her career while studying to be a doctor in Greece. Already an award-winning comedian as “Best Stand-Up Comedy Actress” in July 2019 from Comedy Union and the Comedy Association of Los Angeles, she also  received an award at the White House in Washington from the U.S. Congress, “Excellence in Innovations” for her speech on “The Importance of Women in Ancient Times and Modern Women of Our Times” that had contributed to humanity in different fields including: science, (Hypatia, Maria Montessori), literature, (Sapho, Anne Frank), activism, (Rosa Parks), and many more.

Mirou can also be seen in the film “American Connection” with Michael Madsen, Faye Dunaway, and Daryl Hannah where she portrays a nun who is a spy. She was also in “The Proposal”, “Show Me A Hero” for HBO, “A Mother’s Sacrifice”, a TV drama, and “Japanese Borscht” with John Moustos. She participated in the television series “On My Block” for Netflix, and will be doing the “Hollywood Stars Calendar” for Big Book Publish Company in both the US and Europe, where she will become a bunch of Hollywood stars including: Lucille Ball, Joan Crawford, Natalie Wood, Marilyn Monroe, Betty Davis and others.

You can watch for Despina in the up-coming films, “Nurses Do Better”, where she plays the role of nurse Amber, and is a comedy about the health care system. Another movie that will be coming out soon is “Tango Shalom” starring Lainie Kazan, Renée Taylor and Joseph Bologna. She portrays Susan Shulman, a religious girl, and the film is about Rabbi Moshe Yehuda following his dream that’s rather unorthodox.

Apart from her blooming career, Mirou has also completed studies in Comedy directors and Planetary Astronomy.  Despina currently does stand-up comedy as well as impersonations. She’s funny beyond belief, talented and a sparkling ray of sunshine.

I met Despina while she was a guest MC for Think:EXP, the supergroup consisting of Scott Page from Pink Floyd, Kenny Olson from Kid Rock’s Twisted Brown Trucker Band, Stephen Perkins from Jane’s Addiction and Norwood Fisher from Fishbone, at the LA Wisdome……….

Despina, how did you first know you were funny?

It was an accident. I went to a club while in school studying with the doctor. While I was there, I went on stage for a few minutes during someone’s act, to help them out. The next thing I knew some producer was in the audience and asked me to come to his office. He asked me to be in a television show he was producing, and the rest is history. My parents who thought I was in school happened to see me on television and were very surprised.

You like to appear on stage as different characters?

This year I started playing different characters such as Lady Gaga, Ozzie Osborne, Kim Kardashian, Ariana Huffington, and others. This year I’ve also become an American Citizen and that was great, and I did it by myself. One day before I flew to Greece, I received my American Passport.

After all the amazing impersonations that you did this year at the comedy clubs, don’t you think that “Saturday Night Live ” is the best comedy show for you?

Yes, I would love to perform on “Saturday Night Live”! This TV series  is the big goal of my life, the dream of my life, that I want to became reality!! It is s my favorite Comedy Series! All the legendary comics show up through this amazing TV show. John Belushi, Gilda Radner, Eddie Murphy, Will Ferrell, Tina Fey and many of my favorite comics started their career in this series. Also, it is a good reason to move to NY. God bless Lorne Michaels and his genius team that still keep going on TV after 44 years! It’s a big honor for every comedy actor to be on SNL.

You are also in a big film coming out soon?

You do a lot of things…

All the other actors ask me what I do. I tell them I don’t do anything. I don’t even have sex. I don’t even fuck myself. I don’t drink, I don’t smoke, I don’t have sex. I’ve become a virgin for a second time. I don’t go on the internet to date. I like to know the person, hear the voice. Sometimes they don’t even put their real picture there. I am a twin. My twin sister has babies now. I went to visit her, and I wanted to leave. They were crying and screaming, and I felt like I was in a psychiatric clinic. For me I’m a little independent. I identify as Bi…..Bi myself!

Where do you hope to be in five years?

In five years, I wish and I hope to have an anniversary for my 5 years on SNL! I mean it! Also, I hope to have more opportunities to act is some great films, as I love the cinema so.

Why did you study Astronomy, and how do you think that might fit into the scheme of things with your comedy?

I started studying astronomy accidentally. I was studying Film Comedy Directors, (Charlie Chaplin & Woody Allen films). Opposite from my class was the observatory, and I went one day inside just to watch a class. It was something magical for me, and I fell in love immediately. They asked me to write a test in Algebra and Mathematics because it is required, as they use it a lot. On December 2018 I finished my studies in  “Planetary Astronomy with Laboratories” with an A, same time as my Directing class. I slept only 2 hours per day, it was some years with very difficult classes. At the end I wrote 15 pages about the “The Bing Bang Theory”, laughing at the same time because it is one of my favorite TV Series also! Astronomy changed my theory about life! I recognized that people spend energy and time for stupid things and poor thoughts, and at the same time up in the sky, astronomers discover every day something new, and the universe itself create exoplanets, or other planetary systems. It is an amazing thing to marry Astronomy with Comedy. I just wrote a fantasy comedy script that we are going to start shooting, and it is about Marylin Monroe and Albert Einstein!

Do you have a favorite personality that you like to impersonate?

Yes, I do! The first person I impersonated was Lucille Ball at the New York Comedy Club! It was Halloween, and the audience was so warm and enthusiastic! Also, I felt a crazy excitement, because Lucille Ball for me is the No. 1 comedic actress, and the comedic actress I spent many hours watching, studying her and researching how she delivers her jokes! She is my Goddess in Comedy! After, Judge Judy was a nice surprise for me, I went to perform without lines, all my monologue was improvised. I was very happy from the audience’s reaction!! It was a hysterical night! At the end, I impersonated Ozzy Osbourne, Sofia Vergara, and Joan Crawford! I really love impersonating them!

Recently you received your 2nd “Best Comedy Stand Up Actress Award”!!  How do you feel? Also on IMDB in your resume you appeared on HBO “Show Me A Hero”, for NBC “Days of Our Lives”, and recently for Netflix “On My Block”! What new films of yours are set for 2019 or 2020?

First of all, I feel very happy for this award!! It comes from the audience that voted, and I appreciate it double! For me the love of the audience and their desire to come see me, and having the opportunity to make them laugh, is an ‘”AWARD”! God bless Americans and their sense of humor! The sense of Humor and the Laughter is the best therapy for all, and it’s free! Yes I have participated in some really amazing TV series, my last one is Netflix’s  “On My Block”, it was very amusing for me ,and I met a young generation of strong comics! In April 2019 I started to MC for Think:Exp “Beyond The Wall” concerts where the assembled Super Group plays the music of Pink Floyd. Members include the legendary Scott Page, Roberta Freeman, Stephen Perkins from Jane’s Addiction, Norwood Fisher from Fishbone, Tony Franklin from The Firm, Kenny Olson from Kid Rock’s Twisted Brown Trucker Band, Eric Mayron from Doctor Dre and many more. The incredible music of Pink Floyd in a live immersive concert experience is one of the most impressive shows that I have ever experienced in my life. At the same time, I finished many films  this year, and I booked some new ones from directors that watched me on stage and hired me without having to audition! That was amazing. I just finish an American Canadian comedy called “The Light Touch”, where I ‘m playing a crazy police woman. It is reminiscent of  the “Pink Panther” with Peter Sellers! Robert Maclean is the director of that film. I ‘m in the comedy film “Tango Shalom “, written by the amazing Joseph Bologna, that included an amazing cast like Lainie Kazan, and Renee Taylor. My character is a very religious Jewish girl! Gabriel Bologna direct the film. I have a premiere for the action drama film “The American Connection with Faye Dunaway, Michael Madsen and Daryl Hannah! In this film I play a spy-nun, named Despina! hahahaha! I have fallen in love with this character! The film is directed by Jeff Espanol. I finished another drama film with Michael Musto, and Japanese actors named “Japanese Borsch”, directed by Eric Rivas. In that film  I play a femme fatale fantasy woman, who lives inside the mind of the hero! Very interesting role! Also the comedy film “Nurses Do It Better,” a black comedy about the health system, where I play Nurse Amber. At the end of this year I start shooting the film” Gleichschaltung ” a war drama with the famous Chinese actress Bai Ling, directed by Patrick Kilpatrick! Also, I will be continuing my Stand-Up comedy shows at the Laugh Factory and other Comedy clubs.