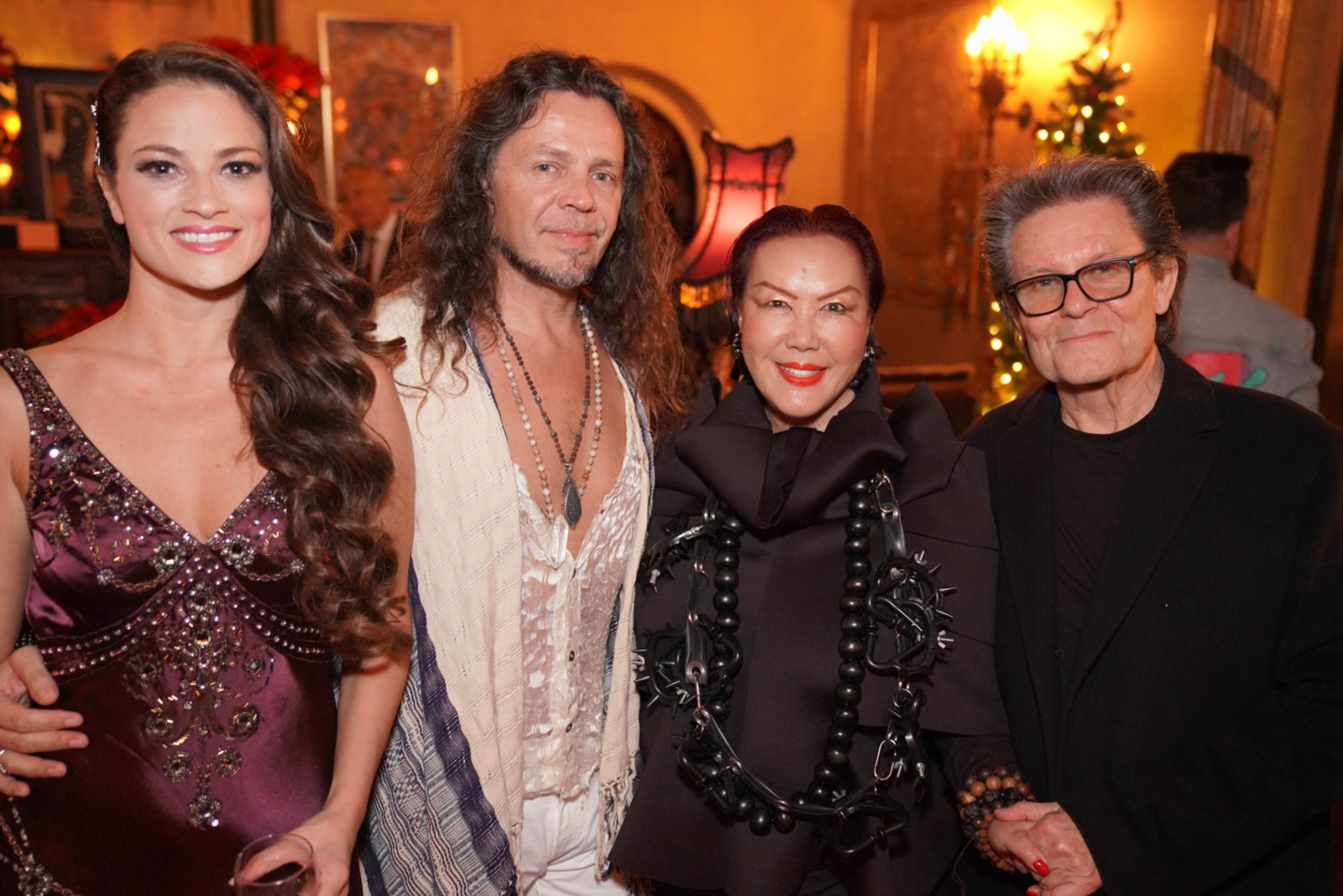 “Everyday is a fresh new start. Every sunrise is a new chapter in your life waiting to be written”…..

And the manuscript of 2022 began in an exquisite New Year’s Eve extravaganza hosted by World renowned designer Sue Wong at her iconic Hollywood residence “The Cedars.”

Most times the present seems most perfect when it’s seeds lie in the past. But for others life is rendered flawless when we look toward the future glimpsing from within one golden moment all of the joy the days to come might hold. The legendary Cedars has served as a host for a universe of legendary Hollywood stars and musical royalty. Those include Norma Talmadge, Lou Reed, Andy Warhol, Rolling Stones, Johnny Depp, Jim Morrison, Dennis Hopper, Bob Dylan, Jimi Hendrix and so many more. Each room has its own spirit and energy, and the famed rock palace was an exciting journey into the New Year to say the least.

Sue Wong earned her reputation as a woman of substance early on. Her career in the fashion industry was second to none creating Old Hollywood styles with a twist. Currently Ms. Wong continues to design only now she is fashioning estates…..

Beverages were provided by Antoine Michel Casanave, the President of Casanave Luxury, The Casanave Group, LLC., where guests were served the finest liquors including Bumbu Rum, Luc Belaire Champagne, Villon Cognac, McQueen and the Violet Fog Gin, and Sovereign Brands.

Certainly the party statement of the New Year, with a true Hollywood ending. Sue Wong is a master of her own vision. She takes custody of her mind’s eye and instructed to see some thing or create something beautiful.