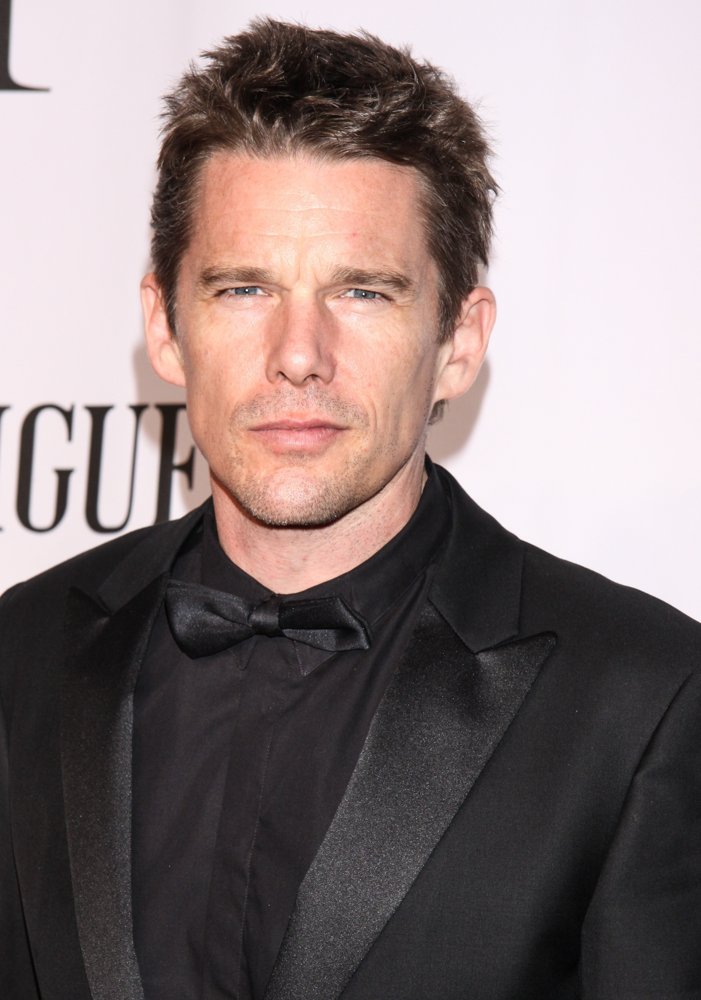 Ethan first made a name for himself as a 19-year-old in Dead Poets Society and went on to have box office hits with Before Sunrise and Reality Bites, but he found work had dried up when he was 30.

Admitting in an interview with GQ America that by the end of the ’90s he was “washed up” and found it hard to get any auditions, Ethan was thrown a bone by Denzel and Antoine Fuqua, director of the 2001 Oscar-winning crime drama.

“He and Antoine were my champions,” he said of Denzel. “He liked that I had theatre experience, and I think he knew that if he had a decent assist man, he would win the Oscar. I think he saw it quite mathematically. It was a studio cop picture, but he had a vision of how it could be a French Connection. But the acting had to be at a certain level.

“And he takes the theatre extremely seriously. The theatre asks a lot more of the actor. And you have to be a good scene partner. You don’t rely on an editor. He was trying to cultivate magic, and magic happens in interaction.”

Ethan’s not looked back since then and has become known as one of the most interesting actors working in Hollywood because of his often low-budget film choices and refusal to sell out.

The 47-year-old has been nominated for an Oscar four times, but so far, the gold statue has evaded him.

“Everyone in the world knows that when an actor says that they don’t want to win an award, they’re lying. I interviewed Patti Smith and I asked her about that and she said, ‘I want to win every award!’ I loved that answer,” he smiled. “But I’ve always been wary of being famous for something I don’t feel good about.”