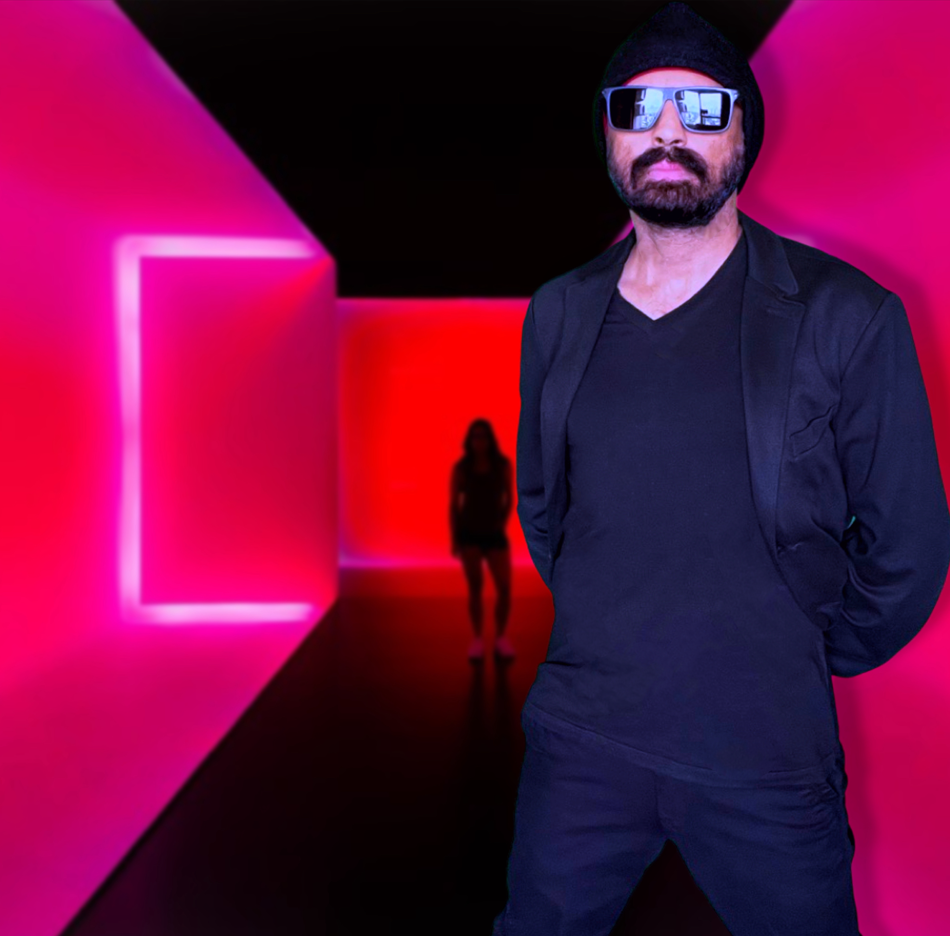 “Dee Da Da Da (Love Is Your Game)” by Vineet

“Dee Da Da Da (Love Is Your Game)” is the latest single from Indian singer/songwriter Vineet Singh Hukmani and reaches the same high standards set by his previous releases. Hukmani experienced a pandemic arguably unlike any other in multiple senses. It proved to be a prolific and successful period for Hukmani as he wrote and released a string of chart-topping singles during the period. The pandemic catapulted Hukmani from relatively unknown status into the first rank of indie-pop performers and culminated with the recent release of the short story collection Nine with each of its tales inspired by one of those aforementioned hits.

His new single doesn’t necessarily break new ground. It does, however, apply a fresh coat of musical paint onto a familiar subject and even the lyrics reflect the individual slant Hukmani brings to the English language. He builds the song’s central hook around an easily comprehensible metaphor that nearly every listener has experienced without ever sounding too heavy-handed with it. It works well within a song and Vineet conveys it with a great deal of style.

He’s concocted another outstanding promotional clip in support of the single. It’s a highly stylized piece as usual, but not without substance. Hukmani’s arresting use of color is never garish and there’s attention to detail present in every shot. His use of jump cuts throughout the video is a customary trope, but there’s a method to the way the video unfolds rather than a jumble of images. The video alternates between shots of Hukmani and assorted women in various costumes and makeup – not high concept, unquestionably, but effective for the track.

The production puts the song in vivid clarity for listeners. All of Hukmani’s previous singles can be lauded for their robust aural attack and their across-the-board balance. His voice works especially well with the song’s electronic backing and no one element ever feels like it has pre-eminence over others. There are some light post-production effects applied to his voice and the added touch of theatrics hits the right spot.

It’s another stirring success for this singer/songwriter. He’s blazed such a trail since emerging in earnest during the pandemic and never appears to be short of inspiration. There’s plenty of substance backing it up, however, and preventing him from being any sort of flavor of the moment. Hukmani;s capacity for lively, playful vocal melodies is a big reason why his singles have enjoyed such popularity and the trend continues with this new release.

It’s a release that transcends any notions of borders. Hukmani’s music has boldly claimed a global stage rather than catering to any niche audience and that decision continues rewarding him. For newcomers, meeting Vineet Singh Hukmani’s music for the first time will pack a wallop. This single is a great way to acclimate yourself to his energetic and friendly style. Longtime fans of the performer will embrace the track with open arms as he continues to demonstrate all of the strengths that make him one of the indie pop world’s fastest rising performers.