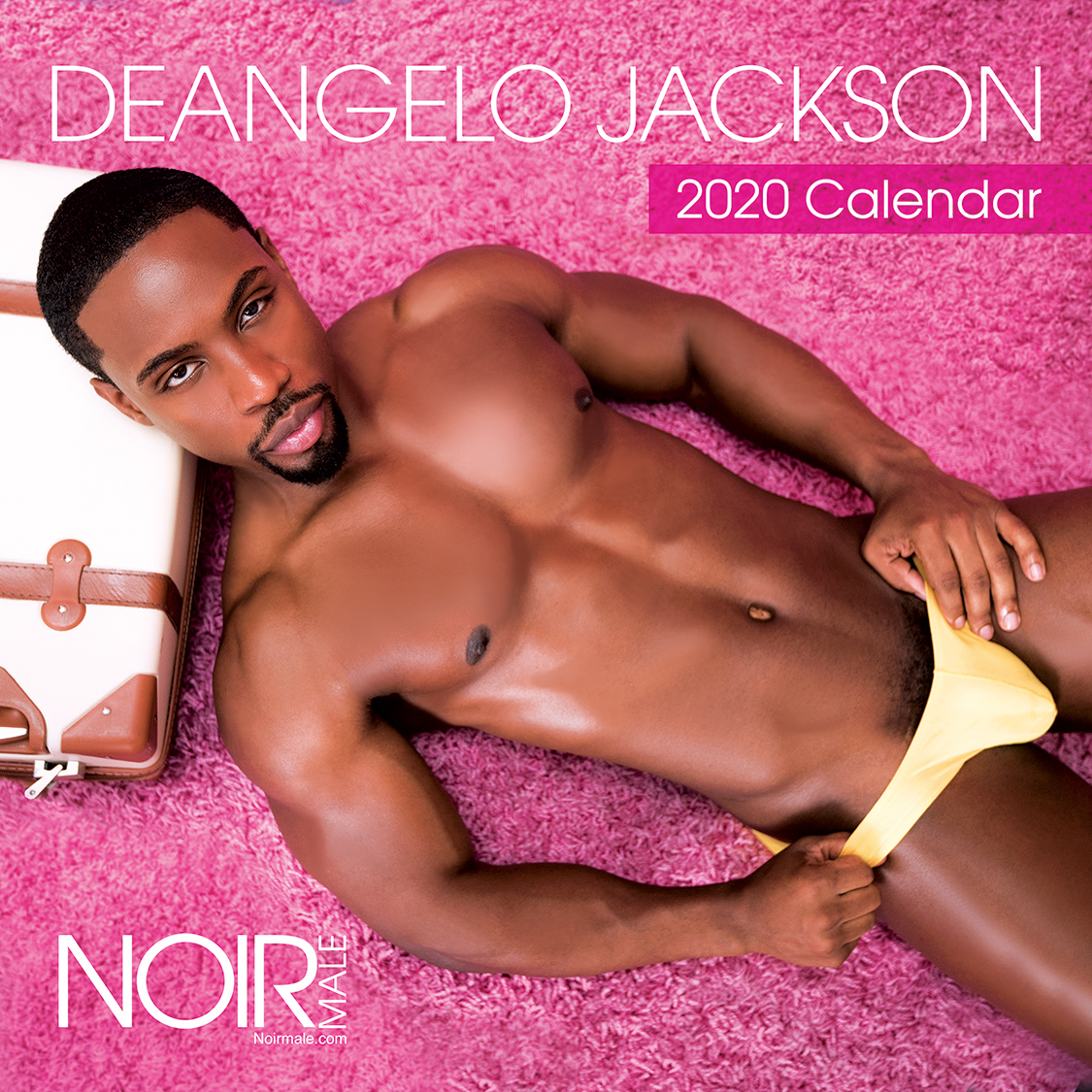 Just in time to ward off winter’s advancing chill, here comes gorgeously appealing actor and model DeAngelo Jackson, with a fabulous new calendar that will light up the holidays for real! Jackson, who is breaking down barriers in gay adult film, has created a year-long gallery of vignettes that add sexiness to every season. Each month showcases a new side of this chiseled young visionary. DeAngelo tells The Hollywood Digest that the calendar “is something special. it’s the first time I’ve done a calendar with shots of just me. I think everybody will reslly like this.” It’s no understatement to say DeAngelo commands much attention–he was recognized as the Best Body winner at the 2018 Str8Up Gay Porn Awards, and his decade-long film career has been a strung of success following success. “It’s impportant to me to represent in the LGBTQ community,” DeAngelo notes, and he’s serious about it. A portion of the proceeds from this calendar will benefit Beauty With A Cause (BWAC), a nonprofit dedicated to utilizing the concept of beauty to support the LGBTQ community and its allies.