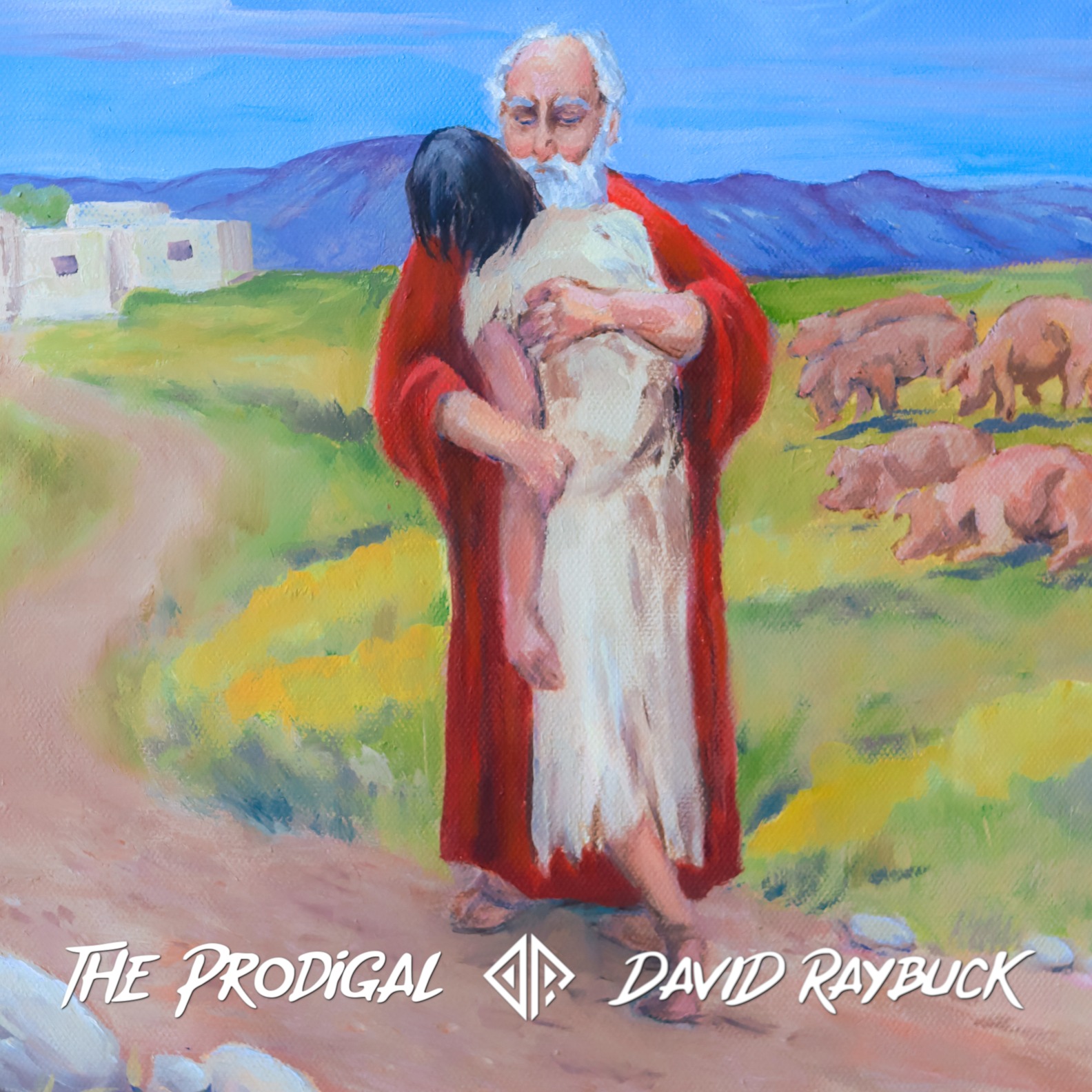 Faith-based music isn’t what it was even ten years ago; mainstream rock has seen a massive uptick in musicians using their platforms and influence to bring religious sermons to the masses by way of their music, and it’s only something that has seen a rise in recent years. Examples of groups with religious lyrics and religious backgrounds include Imagine Dragons, The Killers, and Mumford & Sons to name only a few — you won’t have to dig deep to find handfuls of others, though.

On the independent side of things, David Raybuck has been steadily chipping away at his debut album The Prodigal. Written as a way for the pastor and father of seven to bring the good word of Christianity to followers and music fans alike, there’s enough crossover between both fanbases to deliver an album worthy of mainstream success, regardless of religious background.

Opening with the lead single “Hosanna,” The Prodigal begins with a technically masterful start as intricate guitars and melodies set the stage. Raybuck’s strong yet soft vocals feel uniquely placed in the middle of the shredding guitars, but the duality delivers a great introduction to everything The Prodigy has to offer. “Be Healed” is another heavier rock track that sees Raybuck give his best Kurt Cobain in the song’s verses; there’s a definite ‘90s grunge angle with the song and it makes sense that this was selected as the album’s next single. “Desert Ride” lightens things up with some acoustic guitars, giving fans a reprieve from the heavy electric guitars for a moment.

The title track “The Prodigy” earns its name by delivering one of the album’s best songs — it’s a heartfelt ballad about Raybuck’s journey to get to this point, and the way his lyrics depict his trek towards God and salvation is impressive. “Words of the Teacher” dives back into the grunge aesthetic, and the clash of religious lyrics and Marcy Playground-esque composition gives the track a memorable, well-made approach. “Long Time Coming” pivots hard into country rock territory, but the shift in sound comes at the halfway point on the record and gives listeners a new approach to be enthralled in — feeling almost like a Western ballad with guitar solos, this was a pleasant surprise to hear and love.

The back half of the record begins with “My Sufferings,” an upbeat and unpredictable track that feels as indebted to Devo and Talking Heads with its jaunty rhythm section. “In the Shadow of Your Wings” is a slow ballad that earns its place instantly; the emotional lyrics are some of the best on the album. “Dwell” and “Why I Sing” give the album some lighter moments with weightless instrumentals that continue the emotional depth explored in “In the Shadow…” The Prodigy earns its highest moments in the album’s back half, getting far more experimental than anticipated with the album’s sequencing.

“Abide” has a lush, light instrumental to complement its sweeter lyrics, the electronic pulse serving as a highlight. “Scales” finds a happy medium between grunge and country rock, and the acoustic production gives Raybuck’s pipes more than enough room to shine. “The Pathway” leans more country, and as a penultimate track, it generally serves its purpose to set the mood for the finale. “Who’s My Neighbor” arrives to close The Prodigy out with its waltz time signature, and before we know it the album is over. The six-minute finale is rich in its composition and instrumental DNA, and it sends things out on a high note. If Prodigal Son is an album to seal the deal for believers and convince non-believers alike, David Raybuck has done his job perfectly.