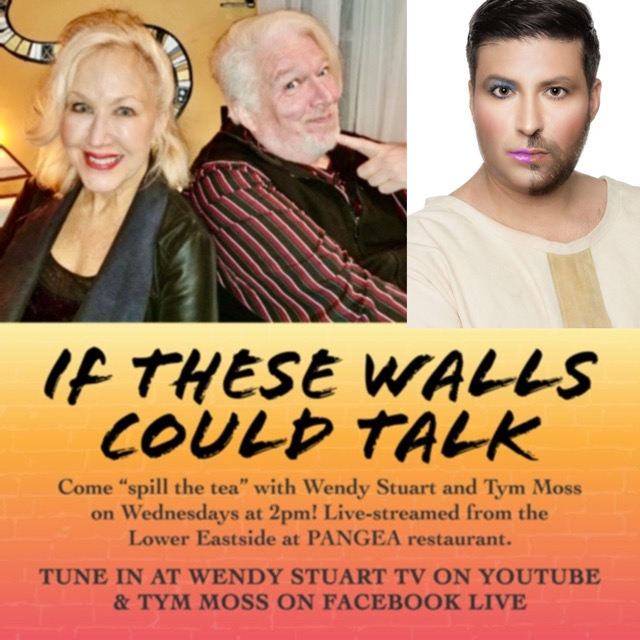 David Rabadi will be a featured guest on “If These Walls Could Talk” with hosts Wendy Stuart and Tym Moss on Wednesday, June 9th, 2021 at 2 PM ET live from the infamous Pangea Restaurant.

Wendy Stuart is an author, celebrity interviewer, model, filmmaker and hosts  “Pandemic Cooking With Wendy,” a popular Youtube comedic cooking show born in the era of Covid-19, and TriVersity Talk, a weekly web series with featured guests discussing their lives, activism and pressing issues in the LGBTQ Community.

Journalist/Author/Speaker David Rabadi has just released his highly anticipated new book “How I Lost My Mind and Found Myself.”

The sentence for being gay and Arab is death-even when the punishment is self-inflicted. Living a closeted life in a Middle-Eastern culture is brutal and potentially deadly. Add to the mix mental illness and your odds of survival drop to near zero. “How I Lost My Mind and Found Myself” is the true story of how one man lived to tell the tale. Gay Arab, David Rabadi had been taught from a very young age that there are no genies and no gay Arabs. But while David might accept the fact that genies might not exist, he knew from a young age there was at least one gay Arab and it was, in fact, him.

The fear of losing the love and respect of his family kept David in the closet for more than twenty years, but living with undiagnosed mental illness kept him a prisoner in his own head for what seemed an eternity. How I Lost My Mind and Found Myself is a touching, sometimes funny story of David’s struggles and eventual triumph in overcoming not one but two stigmas still judged, misjudged, and misunderstood in today’s society. Told with poignant honesty, David shares his inspirational journey from a fresh perspective and gives the reader a rare view of what it means to be living as an openly gay Arab and coping with mental illness. David Rabadi is the first Jordanian to come out publicly in Yonkers.

Watch David Rabadi on “If These Walls Could Talk” with hosts Wendy Stuart and Tym Moss on YouTube here: