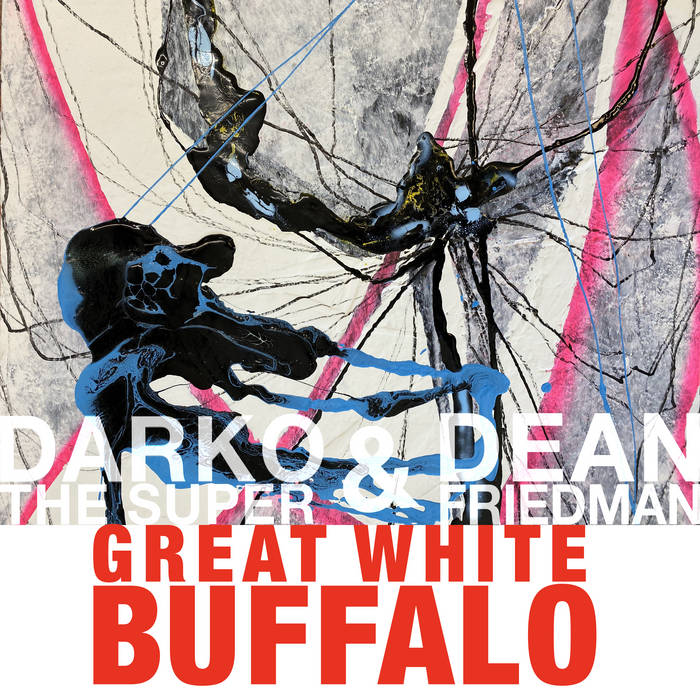 Hip-hop is so much more than a genre of popular music; it’s a lifestyle, a cultural movement, and currently at the top of the charts without any credible threats to its rule. Darko the Super knows many generations of rappers surround him to set foot on stage, and that’s why his epic collaboration with Dean Friedman in “Great White Buffalo” is stylized as ambitiously as it is.

We’re no longer living in an era where slick basslines and thoughtful hooks are enough to get your name into the mainstream conversation; you’ve got to be a little more experimental than the status quo calls for if you aim to take over the industry the way so many have tried to over the years. From the instrumental framework to the interplay between linguists, “Great White Buffalo” exemplifies the best elements, spotlighting the challenges Darko the Super is ready to embrace while also catalyzing his ascent to stardom as a proper record should.

The cutting verses in this project aside, the delivery we’re getting from my man is mesmerizing, bringing to mind the round, surreal attack of the Wu-Tang as much as it does something a bit more shapeless by intention. Darko the Super is constantly pushing against the hook, but his beats undeniably give him just enough boost he needs to make these words feel a lot weightier than they would with a different player managing the tempo.

While Darko knows how to be humble with the backend, I like that he’s not stingy with his purring vocal style, which is honestly one of the most enrapturing components of the album. “Great White Buffalo” has the feel of a gem as rare as its title would have us believe it to be, but it never presents itself with the self-righteous arrogance, so many of his contemporaries show. Darko the Super is still coming up in the underground. Still, with content like this under his belt, I think it’s going to get considerably easier finding and maintaining an audience well outside of his local scene. There’s no getting around the swelling popularity of hip-hop, but as the genre continues to evolve before our very ears, so are its most elite players, and I think this is one that everybody in the underground should be taking seriously – and not underestimating.

“Great White Buffalo” is a fantastic introduction to who this player is becoming. If there’s one core element of its construction that tells us anything about what his future is going to sound like, I think it’s his actual presence in the album. You can’t teach an ‘it’ factor; you’ve got to be born with it quite literally, and Darko the Super reminds us of this every time he attacks the beat in “Great White Buffalo.”