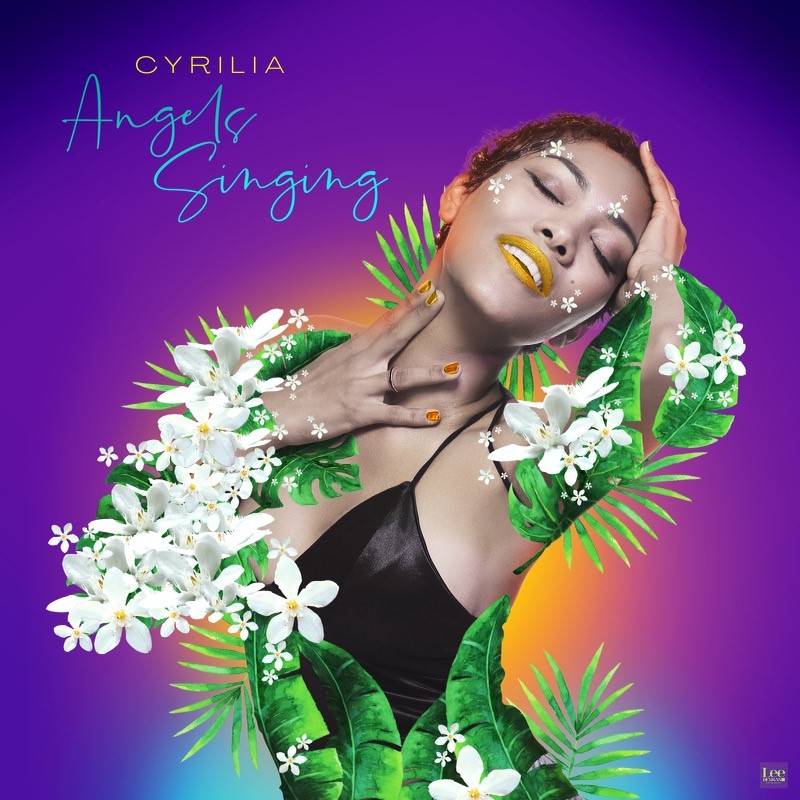 Songstress, Cyrilia sang her spectacular version of the National Anthem at the Dodger Game on the 21st to a standing ovation! “It was both exhilarating and unbelievable to perform in the stadium and to that crowd!” Now the artist turns focus on her new single, “Singing Angels” out now on all platforms.

Break-out songstress Cyrilia hails from Trinidad and Tobago and has recently burst on the music scene in America, signed with SwaggMedia and Craig Nobles. Whilst meeting and working with top producers, labels and A&R’s, Cyrilia was asked to participate in an event for the George Floyd Foundation and she sang her self-written original song, “I’m Still Here.” Cyrilia has pledged to donate proceeds from the song to GFF. Her emotional performance was in front of members of the George Floyd Family, Rev. Jesse Jackson and civil rights activist Ben Crump amongst others and received a standing ovation and continuous accolades. Her newest single “Angels Singing” can be found on most major platforms and youtube.

“Angels Singing, my latest single, I consider to be a modern days’ womens’ anthem. The inspiration for this song, comes from me taking ownership over my own femininity and becoming one with it and to me, there is something truly DIVINE about THAT!” Cyrilia

What is next for Cyrilia? Lopez is looking to drop another single later this year and then her full album by first quarter/ for more information check her out at www.thecyrilia.com. Currently, she is collaborating with an American Owned TV network, NBT (National Black Television) which does due diligence to amplify black voices, specifically within the Caribbean. Also, a couple weeks ago, the honor was granted to me, to be working on a tribute album for a trailblazer in the music industry. That’s all the info I can share with you at this time about this project.

Hyper Link to all social media accounts and steaming stores :

About Cyrilia
Artist Biography Cyrilia Lopez, who goes by the stage name Cyrilia, is genre bending, singer-songwriter and performer from Trinidad-Tobago whose voice channels the multi-cultural history of her homeland: Indian, Spanish, African, British, Chinese, and French. Like many of her musical heroes, such as Whitney Houston, Celine Dion and Mariah Carey, Cyrilia’s musical beginnings originate with the spirituals of gospel music which she learned in church as a child, and her vocal delivery effortlessly blends the pristine phrasing of her heroes as well as the rhythmic calypso and melodic gumbo of Trinidad-Tobago. The sonic textures of her songs explore the emotional tapestry of our daily lives: introverted and extroverted, love and bitterness, compassion and greed, vulnerability and bravery, yet they are infused with momentum, shine like sunlight after rain, and defiantly speak truth to power with authenticity while celebrating the sweetness of life despite trauma and adversity. During the years 2014 – 2022 , Cyrilia has been based in Asia, first in Beijing, China and later in Busan, South Korea, she decided to move to Los Angeles in April 2022 after signing a partnership deal with the Craig Nobles & SwaggMedia LLC in December 2021. She has been steadily composing, performing, connecting with diverse audiences and furthering her musical career. Cyrilia has survived troubled waters and has arrived boldly into our collective now. She is here to stay, determined to sing from her heart until it runs out of beats. Catch her live or via social media as soon as you can. Her eyes are already on the future.

Please visit her website or email for professional inquiries: Juliette@itgirlpr.com