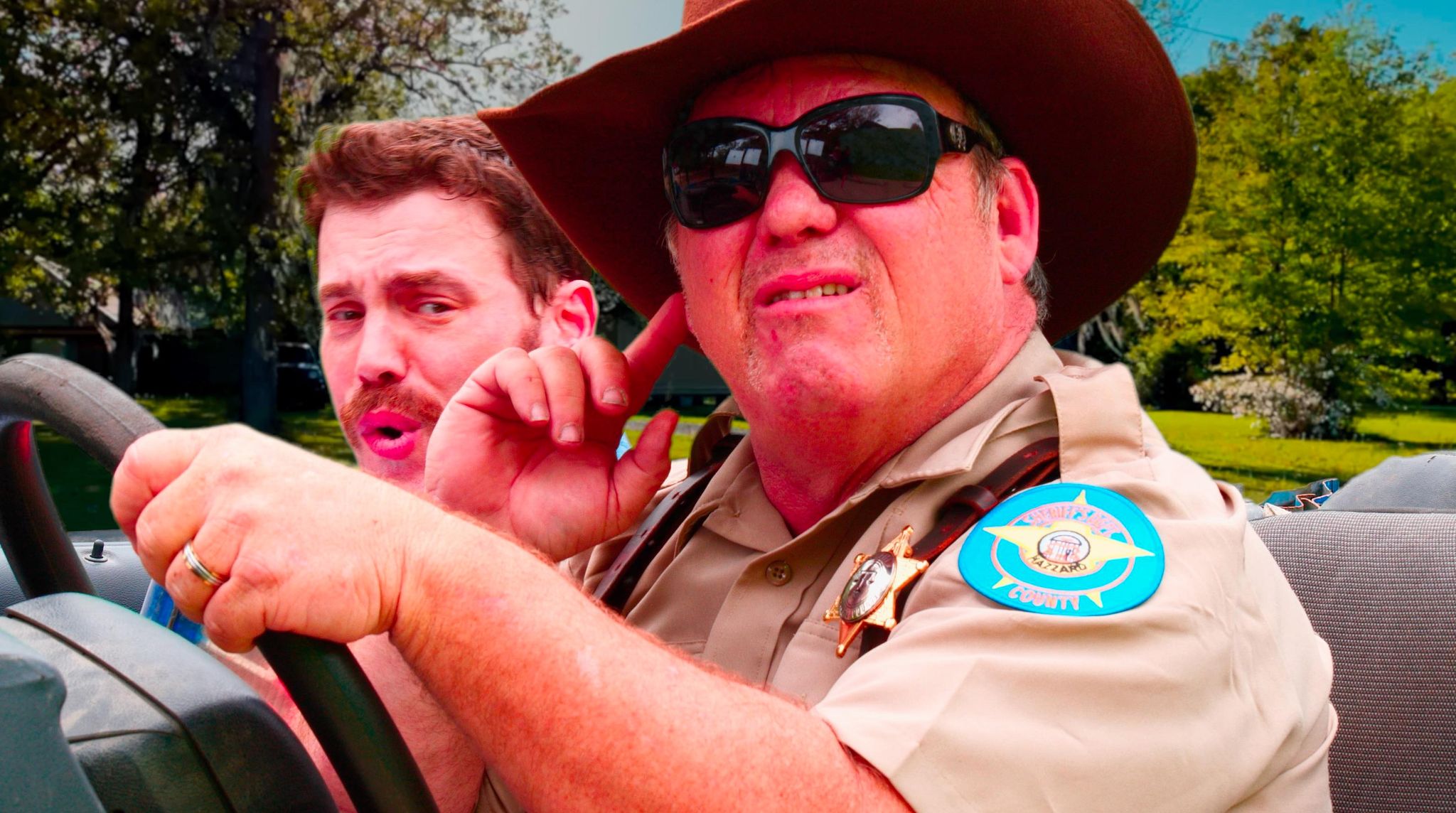 Crazy Like A Fox: The Hidden Genius of Dion Baia

His last name is pronounced (buy-uh). And there’s not a lot that gets by the highly observant Dion Baia, which is helpful in his three current professions. The details are very important, when audiences are either hearing, watching or reading his work.

Currently, Baia is one of the senior audio engineers at FOX News (National). He writes novels… AND he’s an actor. Mr Baia has already starred in his second feature film, written and directed by John Schneider. The movie is called Poker Run, a follow up film Schneider’s Stand On It, which was a tribute to Smokey and the Bandit.

Baia plays Sonny, the not so clever son to Buford T. Justice: “I had a lot of fun playing this character. Of course, Mr. Schneider gives you plenty of room to bring ideas to the role.”

Dion Baia has been coming up with creative ideas, for as long as he can remember. He’s always wanted to be a part of the storytelling process. Whether it was writing, acting… or handling the technical side of things, Baia has gone on to make his dreams into a living.

Born in New Haven, Connecticut and raised in the suburbs, the ambitious creative graduated from SUNY Purchase College’s Conservatory of Film in 2001. Soon after, he began working at Fox News

Somewhere along the way, he wrote Blood in the Streets, as well as Morris PI: The Men from Ice House Four. Initially, both were screenplays. He eventually decided to make the projects into novels, which got great reviews… and he now has more books on the way.

We caught up with the man, who seems to spend a lot of time running from keyboards to TV and Film sets.

Dion, with such a diverse career, do you prefer doing one job over the other? OR do you get something unique out of each job?

I do love all my jobs and the excitement they each entail. I love writing and creating material, in this context books and stories. I also love performing in front of the camera; and it’s that passion and drive of wanting to be an actor which has gotten me to where I am now in life. And doing my day job at Fox, in-studio audio on some of the biggest shows on television, and working some of the most watched events in the world- like our primary and election coverage or presidential debates and the high profile level of performing and making sure everything goes without a hitch… that can be extremely satisfying and rewarding to know your work is directly making it so millions can hear a host or guest speak- it’s very exciting and fun.

Have you always wanted to act?

I’ve always wanted to act, since I was able to walk and realized I can make people laugh; sometimes with me, other times at me… Ha! But that thrill of performing grabbed me at such a young age, and it’s fueled my passion for almost 40 years now.

When did you first start acting?

I’ve been acting since I was very little, first school productions, and making home movies with my friends, then in high school and into college, out post college and always volunteering myself to be in my friend’s productions when needed, or getting bit parts here or there. So I’ve always enjoyed acting to any degree.

How challenging or easy was it to write your first book?

It was certainly a challenge. I think the thing I had going for me is that they were original screenplays I’d penned, so in this context they were very detailed outline almost, that I was then able to expand upon when writing my book(s).

How did you meet John Schneider?

I met John through our mutual friend Tyrus, who I work with in the factory at Fox News. Tyrus and I had became friends from our greenroom movie conversations we’d have while I mic-ed him up before a show, and then John offered Tyrus the Jackie Gleason role in his homage to Smokey and the Bandit called Stand On It. It was Tyrus who suggested me in the role as his dumb son, since he and I had such a good rapport together, and that’s how I was first introduced to the legend himself, Mr. Schneider.

We’re assuming you were familiar with his work prior to meeting him?

It’s a bit embarrassing to admit, but of course growing up in the early ’80s, I was like every other person in the world who was obsessed with The Dukes of Hazzard. I used to watch it on Friday nights. I have very specific memories of watching Dukes and The Incredible Hulk back then, so I knew of John and his work, before I was even able to tie my shoes. I remember practicing tying my shoes the afternoon before watching Dukes come on that night. So yeah, I was and still am, a huge fan of his.

How surreal is it acting in John’s films with him directing?

It is pretty darn amazing. To suddenly realize you’re in one of his movies, and then look up and I am either sharing a scene with him or being directed by him; it’s incredible. And to sometimes see (out of the corner of my eye), John having to walk away from the camera during a take because he’s laughing at what I’m doing in a scene… it’s unbelievably surreal.

How different was your approach to your character in Poker Run verses Stand on It?

It wasn’t much different since the films are almost one movie, happening back to back. But since Poker Run is a bit more meta in the sense like we’re inside a movie and almost know we’re inside a movie. A couple of times I even break the fourth wall as they call it and speak to the audience. I kind of tried to channel a bit of inspiration from Tom Stoppard’s incredible work, Rosencratz and Guildenstern are Dead. What I mean by that is I try and embrace the absurdity, and make my character Sonny T Necessary… think he’s the smartest guy in the room and got the whole thing figured out, when in reality, he doesn’t have a clue what’s really going on. That’s the intention.

You worked a lot with Dane Rhodes in this film. That must’ve been a lot of fun!

Dane is insane. We worked much closer in Poker Run as he filled the shoes as Sheriff Cletus T Necessary, so feeding off his energy and intensity was unbelievably fun. He and I came up with a lot of great bits we did through improv-ing together. That’s when it was the best to come up and refine gags right on the spot, which ended up being hilarious. That was a pure pleasure to have that chance with Dane.

Any interesting stories you can share from working on Poker Run?

There’s probably too many to recall… enough to certainly fill a book, all the fun and excitement of filming Poker Run. Being able to drive the beat up Crown Vic from the first movie, or do as many of my own stunts as John would allow… that was the best. Being able to work with such talented people. That made it all worthwhile.

KEEP UP with Dion Baia on Instagram at dionbaia and dionbaiaauthor