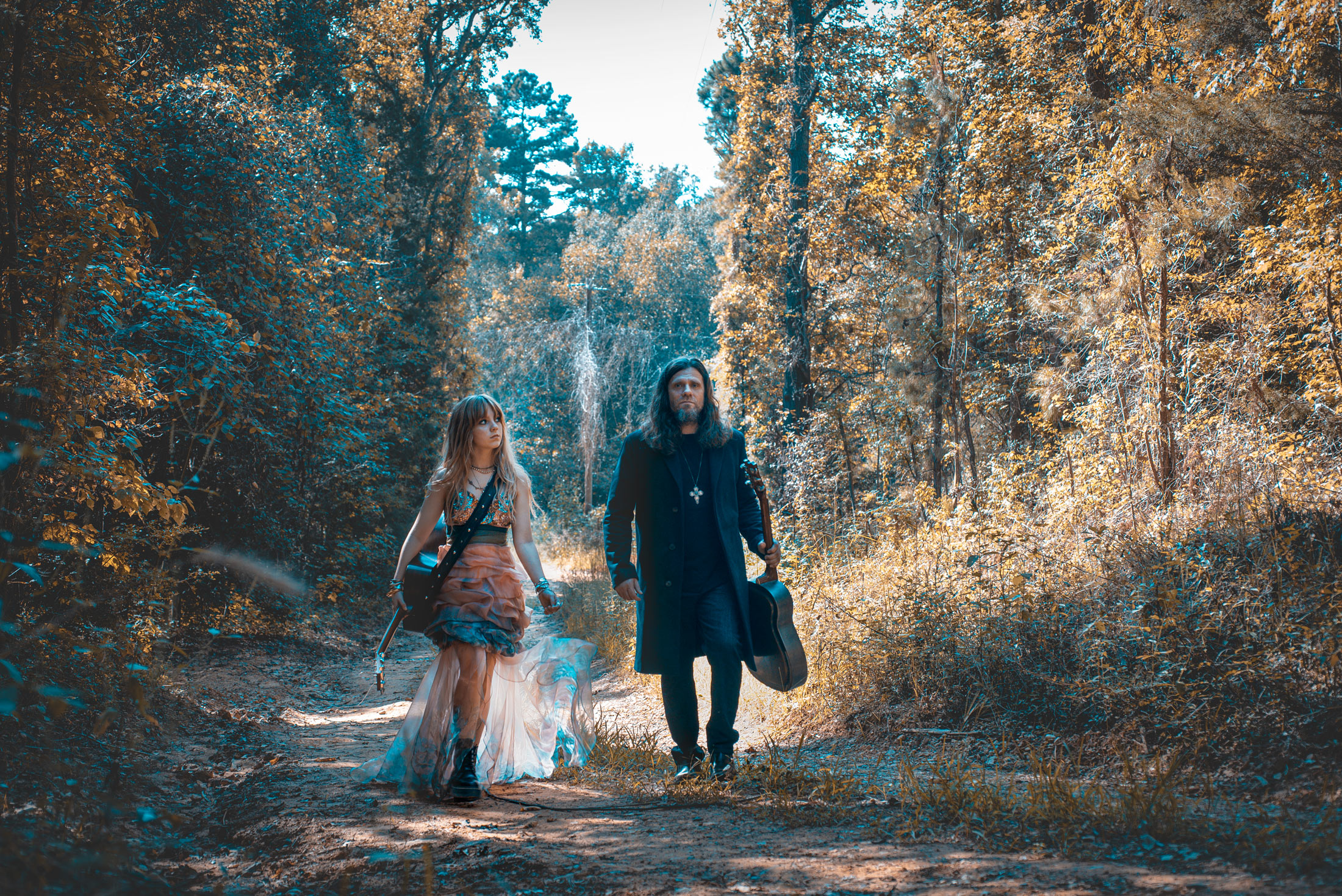 Cozi and Flounder’s EP release The Place is a five song collection with an acoustic version of its opener tacked on as a bonus. The Texas father/daughter duo’s debut drafted others into the creative and recording process, but they are the unquestioned heart of each song. Their compositions boast a variety of influences ranging from pop, singer/songwriter, folk, and folk rock without ever settling into one predictable trajectory.

The tandem is responsible for a truly unique release. We bandy that term, unique, around like a tennis ball sometimes, insensitive to its use, but Cozi and Flounder’s The Place is a definite break from business as usual. It has impressive intimacy – the production, performances, and songs alike emphasize closeness between artist and listener that we are losing more and more of in an increasingly impersonal world.

The delicacy behind “No One Can Take Away” underlines this. Cozi and Flounder escalate the song gradually, adding elements as it progresses, and its patient development pays off for listeners. The song’s second half fulfills the promise of the first with its dramatic orchestration and plays as more than suitable accompaniment for the fine lyrics. You seldom hear this sort of balance and coherence from tandems; one individual tends to dominate either artistically or musically.

There’s none of that here as Cozi and Flounder are on equal footing throughout The Place. “Misty Girl” has a light haze hanging over the song, a dream-like ambiance that the duo’s target audience will appreciate. It might risk sounding like an affectation in clumsier hands, but it never feels gratuitous or ornamental from this pair. “Tiny Boat” varies its tempo some during the song and its drumming is representative of the duo’s overall approach to percussion. It’s almost “found” percussion, far from traditional, and contributes to the pair’s spontaneity. There’s a very “jammy” feel to these songs despite their obvious structure; the duo keep things on track but loose throughout The Place.

There’s a nice contrast between the slightly clattering percussion for “Some Angels” and the song’s beguiling vocal melodies. It’s one of the most thoroughly satisfying songs included on this release with a near-ideal balance between its instruments and precise yet natural lyrical content. There isn’t a wasted word or note during “Some Angels”. The EP finale, barring its bonus acoustic interpretation of the opener, is its title track and it’s a doozy.

It’s cut from the same melodic and sonic cloth as the earlier tracks but adopts a slightly more pastoral air. There are electric instruments threading their way in and out of the arrangement but “The Place” keeps its touch light and focused on the vocals. Ezra and his daughter Cozi Vancil distinguish themselves again thanks to their fine individual and harmony singing; If Ezra is his daughter’s biggest musical tutor, she’d heeded his lessons well and they share potent, if unsurprising, chemistry. It ends the EP on a conclusive note. This project wouldn’t have happened, at least now, if it wasn’t for the pandemic, but it nonetheless stands on its own and opens the door to a bright, boundless future for Cozi and Flounder.