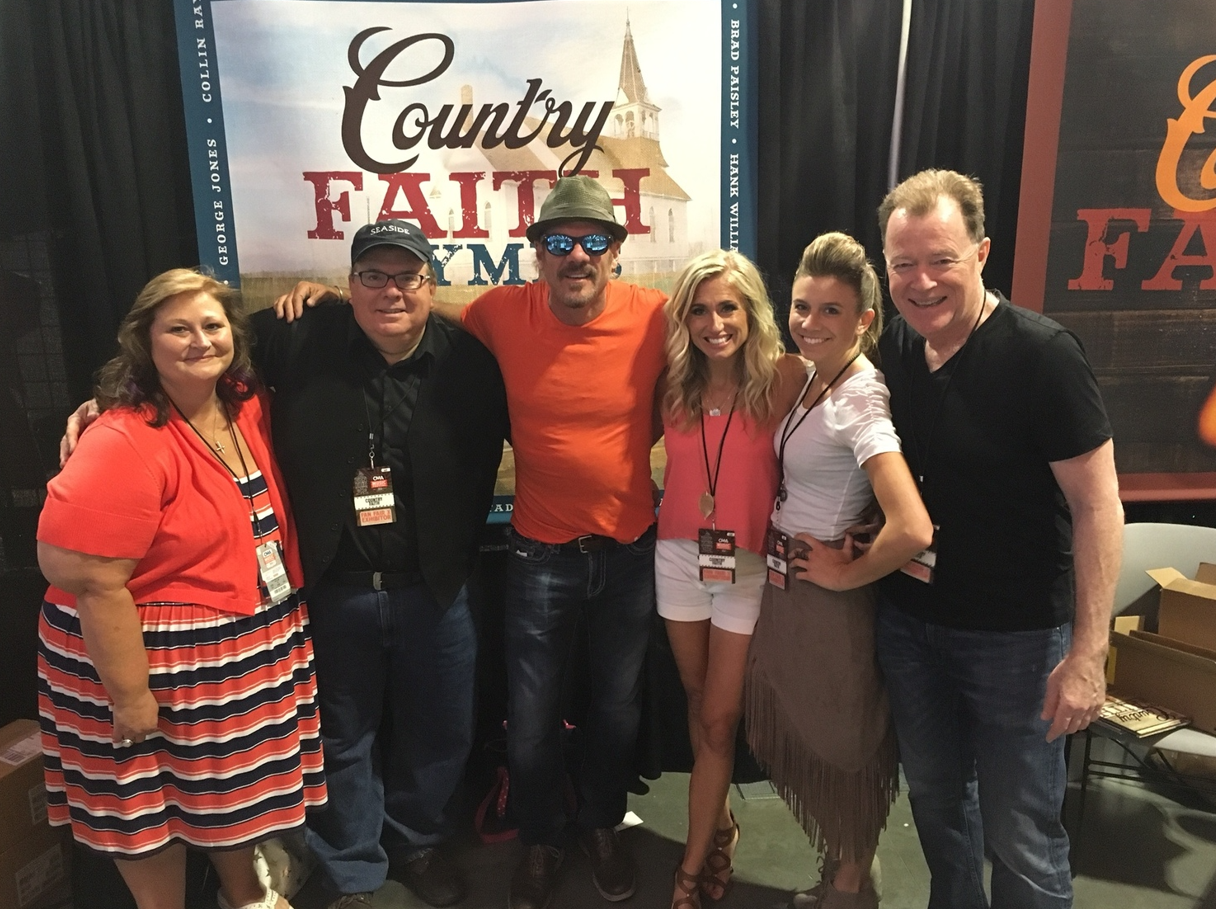 Country Faith Bluegrass is a compilation collecting Christian-themed bluegrass from an assortment of top talent. The artists included on the release are culled from a cross-section of renowned bluegrass performers and country music legends, but the album’s stylistic reach extends past the banjo and fiddle. It is the first release in the forthcoming Country Faith series and promises that future entries will sparkle with the same incandescent creative glow.

These songs never preach or hector listeners. Instead, the tone is positive or melancholy, reflective rather than despairing. It opens, however, on a distinctly upbeat note with Vince Gill’s “All Prayed Up”. Gill has an extensive mainstream discography reaching back decades, has a neat sideline as a vocalist/guitarist with The Eagles, and commands enormous respect from his peers. This song shows why. It is a precise composition and performance yet full of life. The instrumentation is first class, but the vocals will leave the deepest impact on listeners.

“In the Sweet By and By” is one of the album’s chief selling points. It’s a previously unreleased Dolly Parton track with supporting efforts from ace bluegrass players such as Jerry Salley, Larry Cordle, Bradley Walker, and Carl Jackson elevate the song even higher. This “all-star” recording  has an ethereal flavor thanks to the confluence of such talents and Parton gives us, arguably, one of her most affecting vocals in many years. Award-winning vocalist Dale Ann Bradley proves her mettle with a centerpiece outing on The Carter Family classic “Working on a Building” and the supporting harmonies courtesy of Grammy nominated group The Issacs help put this performance over the top. Bradley, in particular, invests her singing with impressive nuance and soul.

The Del McCoury Band turn in a dazzling performance of another classic. “I’m Bound for the Land of Canaan” is, in some ways, the most traditional performance included on the album. McCoury’s nasal vocals are straight out of bluegrass’ past and the song’s fleet-fingered virtuosity never impedes on its fundamentals. “Rank Strangers” is typically associated with The Stanley Brothers’ 1960 recording and later re-recordings and live performances. Joe Mullins and The Radio Ramblers thankfully never slavishly imitate the song, their version is much more hushed rather than a cry from the heart, but the interpretation has a reverential focus.

Patty Loveless and Ricky Skaggs team for “Daniel Prayed” and score one of the album’s biggest successes.  The former takes on the bulk of the song’s vocal duties, but they come together for each payoff moment in the lyrics and Skaggs, a classic bluegrass vocalist, complements her with superb skill. Loveless, no slouch herself, tackles the lyrics with obvious commitment. “Driftin’ Too Far From Shore” is one of those compositions in the American songbook capable of defying time, changes in taste and fashion, while still retaining every bit of its power to captivate. Grand Old Opry stalwarts Darin and Brooke Aldridge acquit themselves well with this classic while placing their own individual stamp on it. Country Faith Bluegrass begins this series in auspicious fashion and promises that future releases will match or exceed its quality.