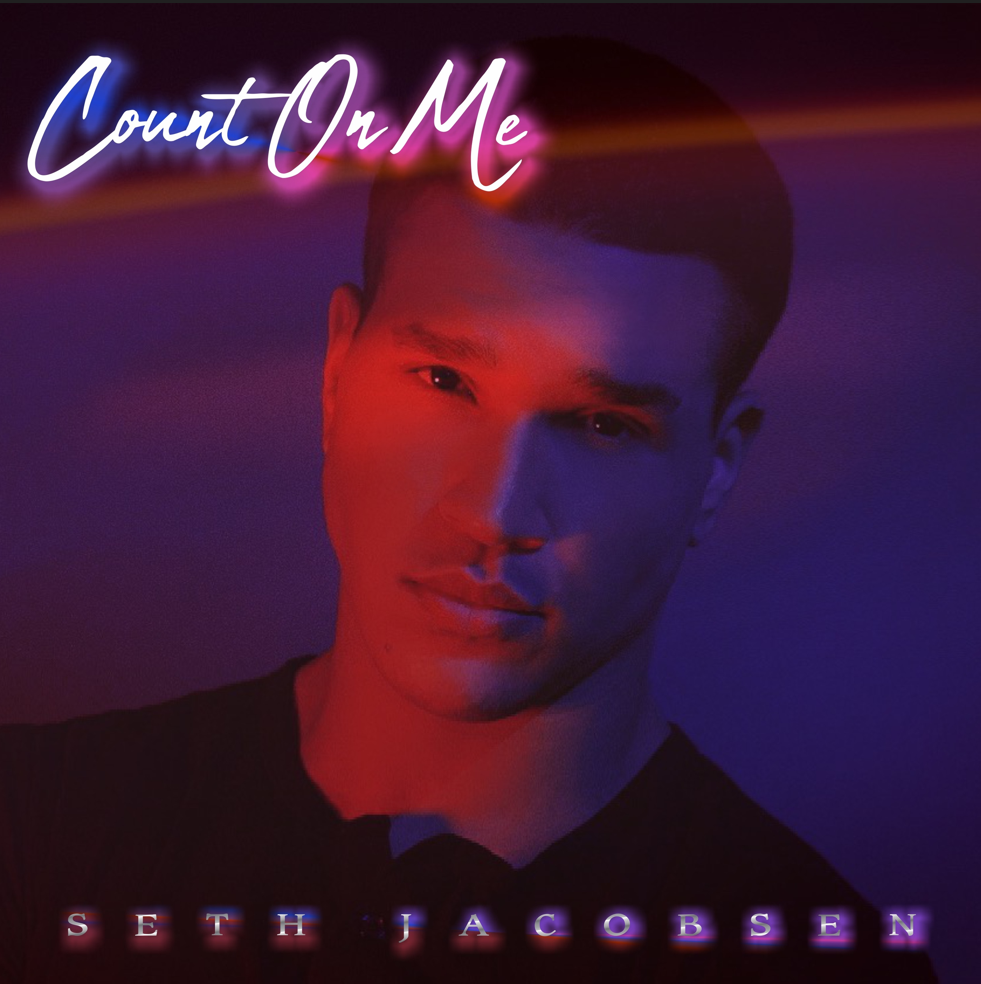 “Count on Me” from Seth Jacobsen

The beat that we discover waiting for us in the new single “Count on Me” from Seth Jacobsen is undisputedly cut from the hip-hop cloth, but if you’re listening to this track expecting a straight rap element, you’d better think again. Jacobsen has too much of a melodic presence at the microphone for this to be the case, and although the words he puts down at the helm of this project are more than enough to establish a mood and a narrative for the audience, they’re not the real point of focus in “Count on Me.” If that title is to be assigned to any one component of the music, it definitely falls on the lead vocal as it stands independent from everything else.

There’s an elegance to Jacobsen’s delivery that completely fooled me into thinking he was more of a veteran than he really is when this is in fact his very first studio recording. He’s got the confidence that comes with a much more impressive list of career accomplishments than the one he’s working with at the moment, but that’s the whole rub in “Count on Me” – offering up a concept of what this player could become rather than highlighting who he is now. He’s already got plenty of attitude and ability, that’s obvious just by listening to his performance here; he wants us to know that this is just the beginning, an early stage of his evolution if you will, and he’s going out of his way to spotlight his intent in this single.

This groove is already pretty heavy, but when combined with the melodic element put forth by the vocal, it’s downright crushing. I think that Jacobsen wanted to utilize the weight as a means of taking pressure off of his own voice, and to some extent, he was wise to do so. There’s not a lot of tonal presence from the bassline, but by doing things this way, there doesn’t need to be – a lot of the liberal aesthetics that his peers would employ in making something similar to this single just aren’t necessary because of how much he’s already producing through the arrangement here. This isn’t dumb jock pop, but instead something a bit more sophisticated and meant for audiences that go beyond the teenybopper crowd.

If this is a sample of what Seth Jacobsen’s sound is going to be made of in future releases, I suspect we’re going to be encountering a lot more magic out of his studio sessions as he gets better and better at his craft. Although faced with a lot of competitive edge from other crossover hip-hop players who want to play out something melodic, he doesn’t seem too intimidated by the tasks that have been put before him so early on in his career. Don’t get me wrong – he has plenty of time to figure out who he is and what he wants to be known for, but “Count on Me” is absolutely a good place to start.