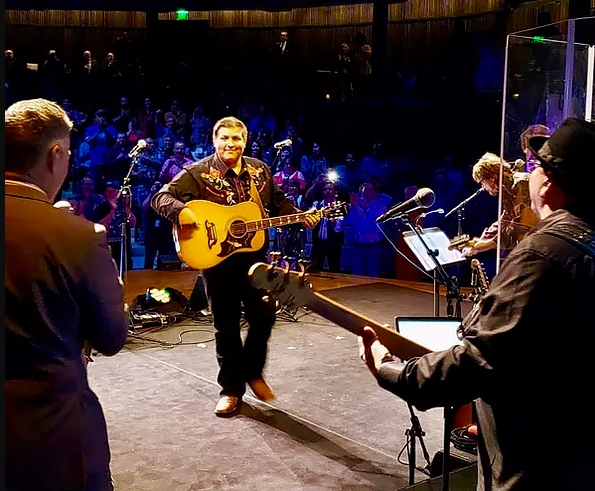 There hasn’t been enough respect nor buzz lent to the integrity of vintage country in a long time, but if singer/songwriter Cory Keefe has his way, I don’t think that narrative is going to remain intact for much longer. The easygoing country crooner unleashes an unstoppable homage to his genre’s purest sound in I’ll Keep It Country, his debut album, and unless you come into its thirteen-song tracklist expecting a lot of contemporary hybridity, I think you’re going to be very pleased with what it has to offer. This is country for those of us who want a conservative look at its aesthetical charms without sacrificing quality to the commercial gods, and from my perspective, it’s as rich a listen as we could ask for.

Both the balladic and the party-starting songs on this LP are affective and impart a lot of emotion from Keefe himself, and I can imagine picking singles wasn’t an easy task at all. The record’s debut cut, “Where There’s a Beer, There’s a Way,” is certainly one of the more even-keeled numbers in the first half, but it’s honestly just as captivating a piece as the Lorrie Morgan-featured “I Just Want You” or pastoral “When I Breathe” are. There’s magic from top to bottom here, which isn’t always the case in new music.

Keefe’s vocal tethers his stylistic approach to that of an old school in the country music genre, but the words he sings to us from behind the microphone are always planted in the here-and-now more than they are any realm of introspection. Even “That’s Where I Want to Take Our Love (And Settle Down),” “Till Now” or the fantastic “Deeper Well,” he’s always self-referential in a present-tense manner, putting forth a philosophy of never looking back normally found more in Bakersfield country albums comparative to traditionalist content like this.

No matter how closely you break down the intricacies of I’ll Keep It Country, you’re not likely to catch Cory Keefe lusting after an abstract pop hook in this tracklist; quite the contrary, actually. “Young Man Old,” “Brotherly Love (ft. Dustin Keefe)” and the title song are the very definition of utilizing formulaic songcraft the right way, and although they leave no room for excess experimentations a lot of alternative players would just as soon pursue in their own work, they sound a lot leaner and more meaningful to both artist and audience as a result.

Country doesn’t get any straighter than when a songwriter like Cory Keefe takes to the stage and gives us everything he’s got, and if your taste is similar to mine, his rookie release is something you’re going to instantly fall in love with. Keefe doesn’t hide any part of himself from us in I’ll Keep It Country, but instead declares who he is and what kind of material he wants to put his name on inside of thirteen concise – but very stimulating and substance-filled – compositions. I’m game for more, I think you will be as well.