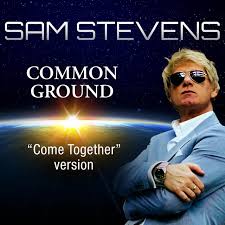 “Common Ground” British Recording Artist Sam Stevens Submits Music That Might Be The Salvation of the Prime Ministers Brexit Campaign!

Issues regarding Brexit, (the British exit regarding the U.K.’s decision to leave the European Union on June 23 2016 include economic and political designs, leaving a country divided. Brexit has been a challenging domination for Prime Minister Theresa May and some believe it could result in her downfall.

Queen Elizabeth has also called for people to show more respect to those with opposing views. This too covers the point of view and attitude portrayed in the song “Common Ground”.

“Common Ground”, written by American master motivational speaker, corporate speech writer, and Billboard charted song writer, Mike Greenly, US song writer Gil Polk, and English singer/songwriter and British solo artist winner, Sam Stevens is probably the most relevant and thought provoking song released today regarding the complete climate of our planet. Not only did Prime minister Teresa May share the sentiment the song portrays in her important Christmas message, but the entire world, every political leader, every countryman, every wizard of war, every person on Earth will undeniably be touched by the emotionalism and sensibility of the song’s message.

“Common Ground” is also set to be released in early 2019 via TRAX Records featuring a dance track remix by world renown DJ, and producer Tony Moran with headlining vocals by Sam Stevens.

Download “Common Ground” on iTunes in the United States here: