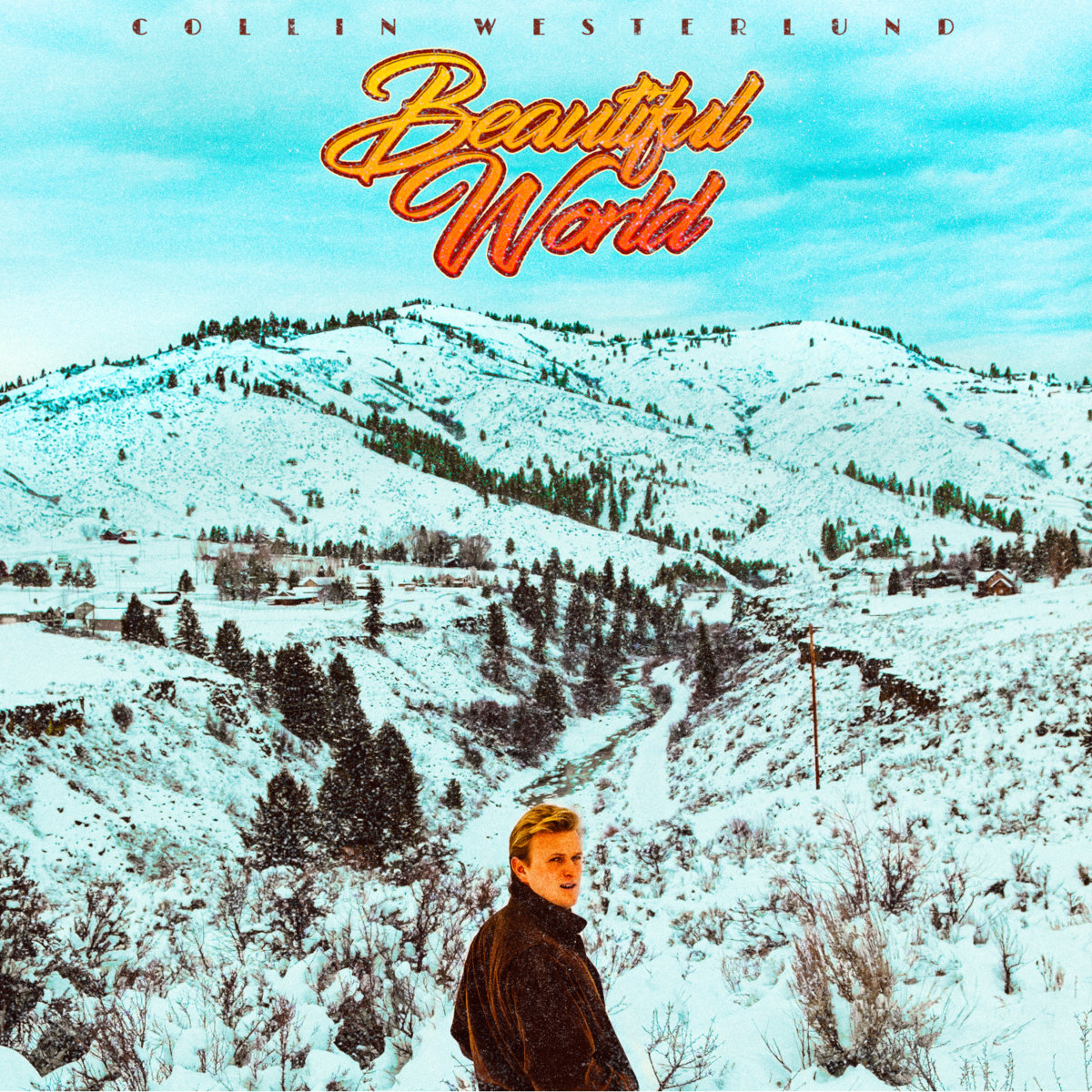 Baltimore, Maryland born Colin Westerlund’s album Beautiful World took him twenty-six years to live, several years to write, and a short time to record. His songs eschew typical production in favor of a home recording studio where he sings into a $30 microphone and plays all the instruments. There are no added gimmicks beyond reverb for atmosphere. It isn’t Westerlund’s debut, far from it, but there’s a sense of his lens widening here that points towards an artist gaining momentum rather than retreading over familiar ground.

The opener takes listeners back to the future. The golden oldies pop of “Do You Like Rock and Roll?” is as pure as the driven snow; there’s nothing ironic or parodic about it. It is a loving and skillful approximation of the style that finds its mark despite the aforementioned DIY production. Melody continues leaping out at listeners during the second song “Do You Love Me Too?” and Westerlund’s unabashed affinity for this very early rock style never risks falling on its face. His assurance with songs such as this is astonishing and irrepressible fun.

The upbeat nature of Beautiful World reaches an early apex with its title song. Vocal harmonies pour from his songwriting imagination in the same fecund fashion as melody and the understated joy of “Beautiful World”. There are often impressive instrumental touches crowning each of his songs and the title song’s piano, especially the ascending passages, give this track added lift. It is impossible to escape Brian Wilson’s influence on the music; many will hear Wilson’s echoes rife in a song such as “Early On” though, ultimately, the cut glows with its own distinctive inner light.

He covers The Little Rascals’ classic “Groovin’” with great success without ever slavishly imitating the original. It is a wise decision. Attempting to emulate a song threaded into the consciousness of so many is a fool’s errand and, instead, Westerlund opts for taking it in a more idiosyncratic direction. Few people had a classic pop record on their bingo cards for 2022 but Westerlund continues confounding expectations about modern music with another melodic showcase. “After All” doesn’t sway one iota from the collection’s upbeat nature and he draws another gem from his boundless reservoir of melody.

The carpe diem message of “It’s Happening Now” is another track torn straight out of The Beach Boys’ late 1960’s handbook. There is, however, none of the diffuse hokum of the time weighing down Westerlund’s lyrics and, as such, his lyrics have a more immediate impact on listeners. The melody reinforces his message with a sprightly lilt listeners will enjoy. His reverb-laden guitar keys the finale “I Wanna Know” and listeners meet a distinctive twist in the songwriting point of view. This is a much more reflective Westerlund than we hear in earlier songs, at least lyrically, and the song likewise makes it apparent that there’s a shape and design to the song cycle listeners shouldn’t miss. Colin Westerlund’s Beautiful World, on the whole, is a can’t miss proposition.