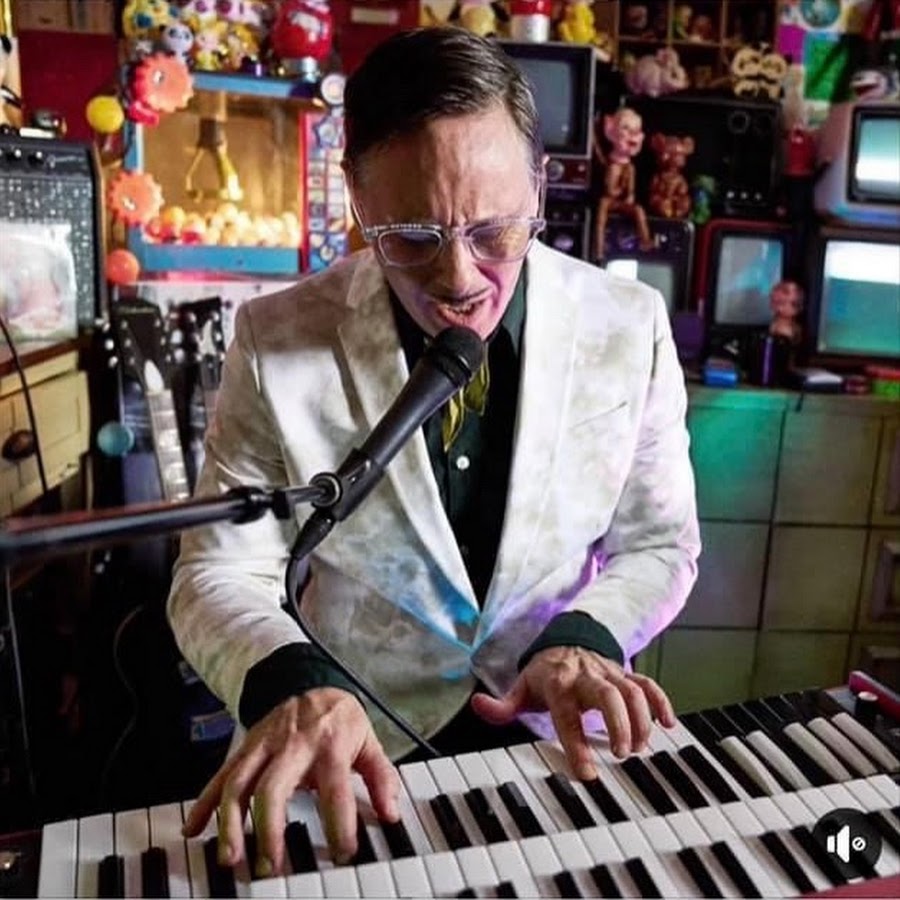 The Big Easy has sustained Clint Maedgen’s musical career for over a quarter century and even a global pandemic couldn’t completely cut his legs out from under him. The longtime front-man and multi-instrumentalist for rock band Liquidrone from 1992 through 2004 led to Maedgen transitioning into fare previewing what he does today. The New Orleans Bingo! Show ran from 2001 through 2012 on the back of its unique fusion of several different mediums and achieved enough prominence that Maedgen’s daring landed him prime spots on Preservation Hall Jazz Band tours in 2007 and 2008.

He answered the pandemic’s challenge with inventiveness rather than helplessly flailing. Maedgen put his Patreon page to maximum use by inviting his admirers to become a part of his creative process, contribute, and stay involved in myriad ways. He began offering private online concerns and weekly Internet content that are described well as one part Austin City Limits and one part Hollywood Squares. “Sandra Already Knows” is one of the best payoffs yet from this endeavor.

Rick Nelson joins on bass while Tif Lamson provides drums and crucial backing vocals. Maedgen’s voice and guitar work are the final pieces of a gloriously ragged pop-rock puzzle, but there’s also a rootsy depth present in the track. You can hear it in the verses, the guitar arrangement, and Maedgen’s vocal phrasing, though none of it is particularly pronounced. The pop aspects of the song are its strongest attributes, however.

They aren’t overwrought either. Maedgen possesses multiple talents, but those gifts are internalized rather than learned. He has an instinctive feel for songcraft that music devotees will note the first time they hear this song. Nelson and Lamson serve him well assisting Maedgen with translating his musical vision from his imagination onto a recording.

It is a testament to Clint Maedgen’s artistic talents that he’s able to master so many disciplines. Textiles, songwriting, performance, and photography do not just fall within Maedgen’s wheelhouse; he excels at each. None detracts from the other, as well; you don’t hear any obvious effects on either his performances or songwriting.

The influence is present, however, without question. Where you find it is in the sensibilities of “Sandra Already Knows” and how they tow the same line that art, in whatever form, has a healing purpose defining all of Maedgen’s work. Work is a key word as well. Clint Maedgen has a work ethic that few other modern performers can readily match, and it has enabled him to survive the vagaries of public favor for more than a quarter century in a city known for its compassion and character, but likewise unforgiving of rubes or charlatans. Clint Maedgen is neither.

“Sandra Already Knows” doesn’t hail from any specific school or songwriting niche. Maedgen’s lyrics provide a superb character and situation study in miniature with language that first serves the singer and music and the intelligence setting his work a cut above your standard fare is a quality music lovers can revel in with “Sandra Already Knows”. There’s a lot more where this came from, as well, and Maedgen will be following it soon enough.