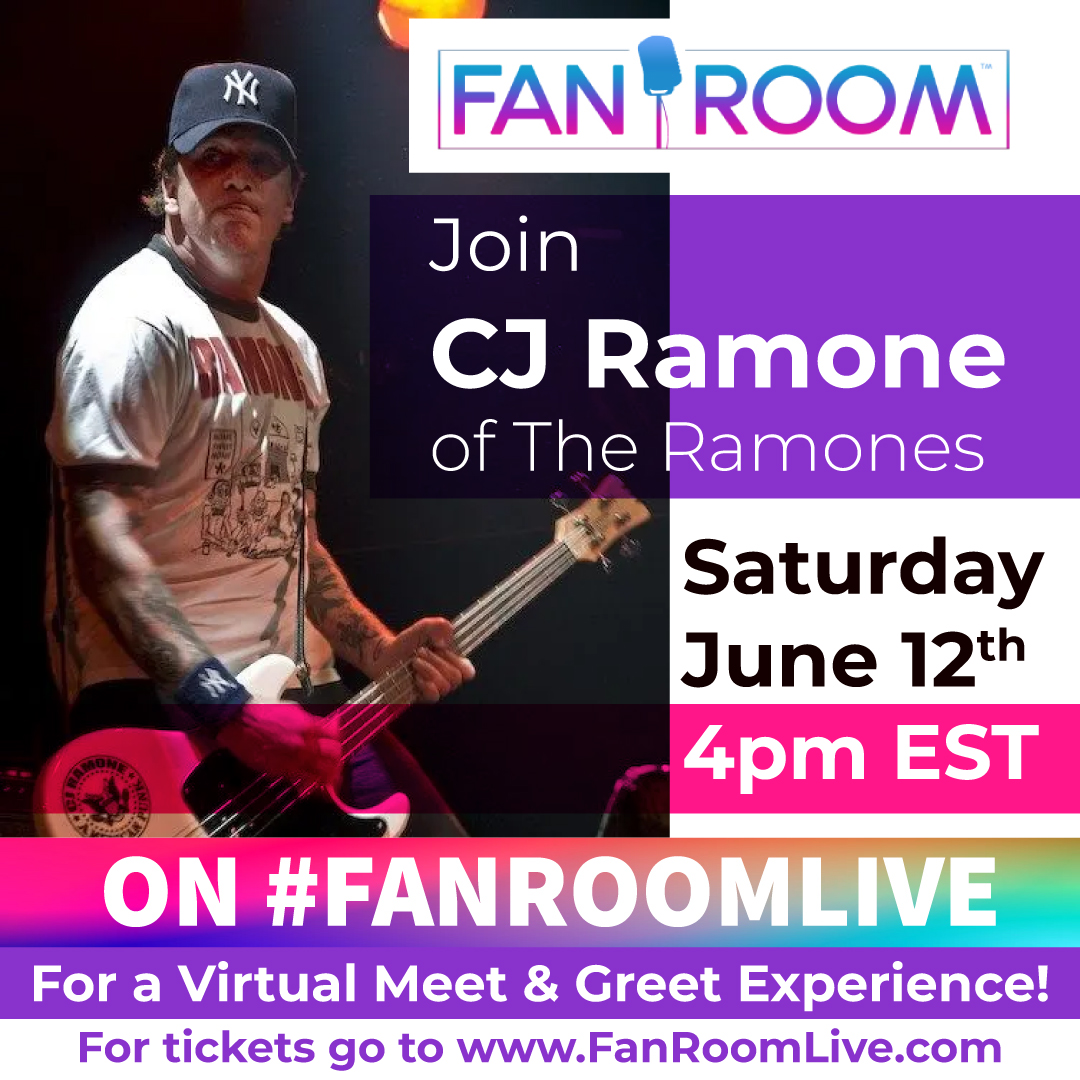 CJ Ramone is an American musician best known for working as the bassist, backing and occasional lead vocalist of the punk rock group the Ramones from 1989 to 1996. He is one of the four surviving members of the Ramones, along with three of their drummers, Marky Ramone, Richie Ramone and Elvis Ramone.

Get your FanRoom Live tickets to meet CJ Ramone of The Ramones LIVE on Saturday, June 12th, 2021 at 4 PM ET  by going to  https://www.fanroomlive.com