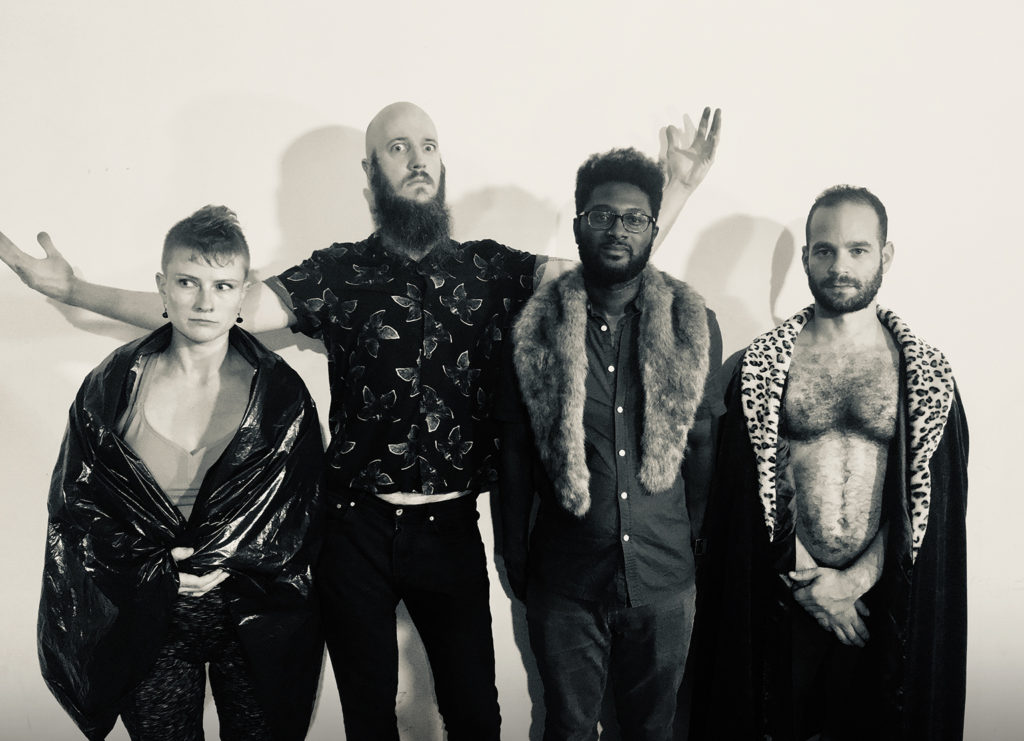 Cinemartyr’s Death of the First Person

While its ten unique tracks are littered with bursts of noise here, explosive grooves there, and a whole lot of decadent carnage squeeze in-between, Cinemartyr’s Death of the First Person doesn’t feel like an exercise in overindulgent recklessness at all. On the contrary, the controlled chaos of “On Earth As It Is,” “Stab City,” “Sleep is God,” “In Filth It Shall Be Found” and “The Brain of Hideo Kojimaa” sounds disciplined, and moreover, like an example of what it means to control components of metal and punk simultaneously without devolving into grunge or, worse yet, “alternative” metal. Yes, Death of a First Person is not for the faint of heart, but one must ask themselves a simple question when considering its multifaceted noise rock – is most fine art?

Cinemartyr don’t just flirt with extreme themes in tracks like “CGI” and “Run From Terror To Bring It Closer;” they leap over the barrier between simple and sophisticated psychotic like it’s second nature, encouraging anyone within earshot of their play to embrace the discordance alongside them. Their moxie is something to be marveled at, and best of all, it’s not even the main reason why this new album rocks as hard as it does around every twist and turn.

There isn’t a lot of bass bearing down on us in “The Brain of Hideo Kojimaa,” “Keeps Getting Up” or “Tunnel At The End Of The Tunnel,” but that doesn’t prevent these three tracks from sounding – and feeling – like the heaviest material on the whole of the LP. “Tunnel at the End of the Tunnel” definitely has the bones of an outtake from the seminal Boris album Pink, minus the psychedelic undertow that is, and though it brings us into the mud more than it takes us full-circle to wear we began in “CGI,” it’s the best (and most sonically poignant) song to end this record with.

I love the skewing of metallic elements with hollow, almost black and white fuzz in “AR-15,” “In Filth It Shall Be Found” and “Stab City,” and though they’re not as layered as the calculated “CGI” is, they don’t feel particularly underwhelming by comparison. There are more angles to Death of the First Person than there are in the standard classical composition, but that could be the most alluring factor about its tracklist. While Cinemartyr’s peers are going minimalist in 2020, they’re getting as devilish with the details as the four walls of a recording studio will allow for.

I’ve been hearing a lot of good things about this band from my contemporaries in the indie music world, and I can definitely understand what all of the fuss has been about when giving Death of the First Person a spin this July. These guys don’t sound like a group that is interested in – nor capable of – holding anything back from the audience when they take the stage, and if their live presence is anything like their studio performance is here, they’re an act I’ll want to see a lot sooner than later.