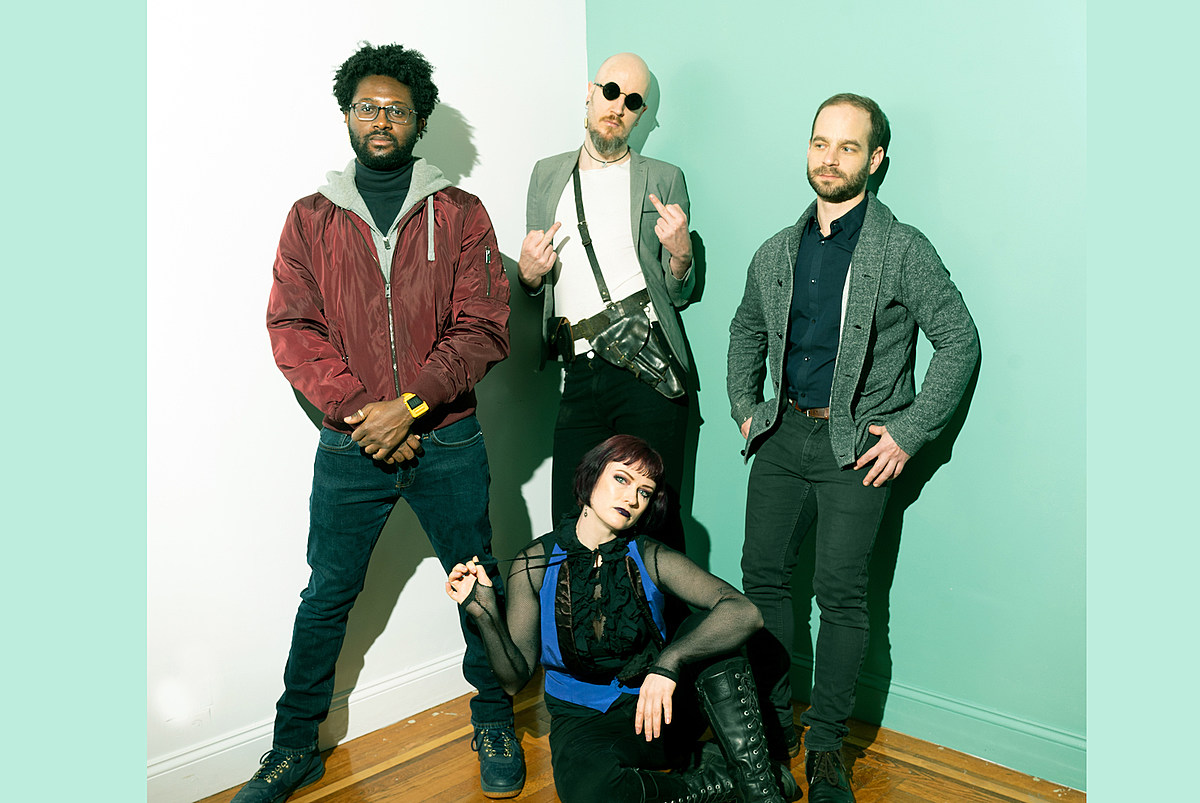 Opt Out, the fourth studio album from New York’s own Cinemartyr, starts with a lightning bolt of a song in “Terms and Conditions,” greeting us with a pulsating groove that will only develop a stronger stranglehold over the audience as the track’s three and a half minute running time presses on.

The intensity is nothing new for those of us who have been listening to this band for years now, but the urgency with which it’s being presented in this opening cut of the LP is perhaps a bit stronger than what I was initially thinking I would run into in Opt Out. Coming off of their artsy and profound Death of the First Person, Cinemartyr knew they had to go big or go home with this release, and they somehow found a way to do the former with a rather conservative setup compared to what they’ve done previously.

The mathy “I Want a Gun” and “No Legacy” pick up the implied tempo of the tracklist instantly and connectively, indicating that the two songs were always meant to be heard in the same sitting rather separately. “Delete Yourself” is less progressive than either of these compositions, but if you think it’s lacking in the pulverizing strength that permeates the first three songs on the LP, you’re in for quite the surprise upon hitting the track’s thirty-second mark. Chugging forth with restrained angst, it feels like everything could come apart for Cinemartyr at this moment – but the rage only burns on as we step into “Art Forum,” the hardcore jewel in this post-punk crown.

“Art Forum” and “Cancellation Policy” are two retro tracks that don’t sound all that out of place next to the futuristic punk rocking of the other material on this album, but “Dead Influencer” is the grimy post-grunge song that I didn’t even know I needed to hear this summer. Lurching forward with a Melvins/Nirvana-esque hunch that devolves into abrasive math rock as we get into the guts of the track, “Dead Influencer” is all of the attitudes in Opt Out rolled into a single song, and it would surprise me if it didn’t wind up being the sleeper hit of the tracklist just because of its angular structure alone. “Everything Dysmorphia” and “Meth of the Masses” are similarly frenetic, and while they’re not as magnetizing, they lend to the fluidity of Opt Out’s second act for sure.

Cinemartyr brings the curtain down on their fourth album with a psychedelic-tinged work in “Water Graphics” that differs from the atonal thrashing of the previous songs here, but it still somehow closes the record out in a very thoughtful, intriguing manner. The more discriminating indie rock fans among us are going to be especially keen on looking into Opt Out this month, and if you’re even slightly inclined towards the violent side of alternative rock, no matter how passively or seriously your interest happens to be, I believe this latest release from Cinemartyr needs to be near the top of your must-listen list in 2022.