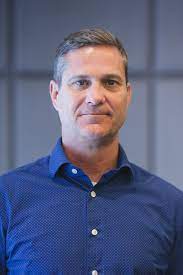 Christopher Kolenda’s editorial effort is Leadership: The Warrior’s Art. The book features numerous, distinguished voices offering their opinions, meditations, and stories concerning the nuts and bolts of what makes a competent leader. The thing I took away from the read principally was how uniform the traits in their base essentials are, and how not much characteristically changes – regardless of a fairly amorphous set of environments – solidifying the sanctity and timelessness of these traits’ base essentials. It’s a love letter, for lack of a better term, to what makes a hero. “Leadership, in short, is the art of inspiring people’s best contributions toward the common good, even under extreme circumstances.

As such, the leader is one who, through character, ability, and vision, earns the trust and respect of others, encourages them to develop the best in themselves, and inspires them to contribute their best toward the common good,” Kolenda writes in the opening essay. “…From their concept of human nature, the ancient philosophers developed the concepts of areté and vision they believed were so central to the idea of leadership. Indeed, it was only a person with areté and vision who could begin to inspire in others the willingness to contribute voluntarily toward the common good…Ancient concepts of leadership are certainly not without their problems.

To begin with, their idea of human nature are impossible to prove…In light of these challenges and others, we must also bear in mind that these ancient philosophers were not discussing the way things were. Instead, they were describing the way things ought to be. In doing so, they aim(ed) to uplift and inspire us to cultivate the best in ourselves and others. The ancients provide(d) transcendent ideas about leadership at its most fundamental, complex, and stimulating levels. Leaders with areté and vision, who are trustworthy, treat others with respect, and are good stewards of people and organizations, are those who can inspire people to contribute their best toward the common good.”

Part of what’s fascinating in addition to everything aforementioned is how much responsibility lies upon a leader’s shoulders. The book actively negates and puts to bed the idea that one’s responsibility shrinks in the face of high echelon status. If anything, it reminds the reader time and again a good leader understands it was the people who put them there. True to this form, Nathan R. Springer and Christopher Kolenda write in the book’s eighth chapter: “Respect the dignity of people, even those fighting you. Knock off the name calling and dehumanizing slang. People might not recognize what you say, but they will know what you mean by your body language and tone. Your enemy is your enemy until they become your prisoners, and then they become your responsibility.”

It’s through statements like these that we get a glimpse of what the book is consistently and truly about, regardless of the compelling examples concerning principally on a military-focused narrative. It’s that sort of universality, so beautifully captured lightning-in-a-bottle style, that really ensures the book shines…