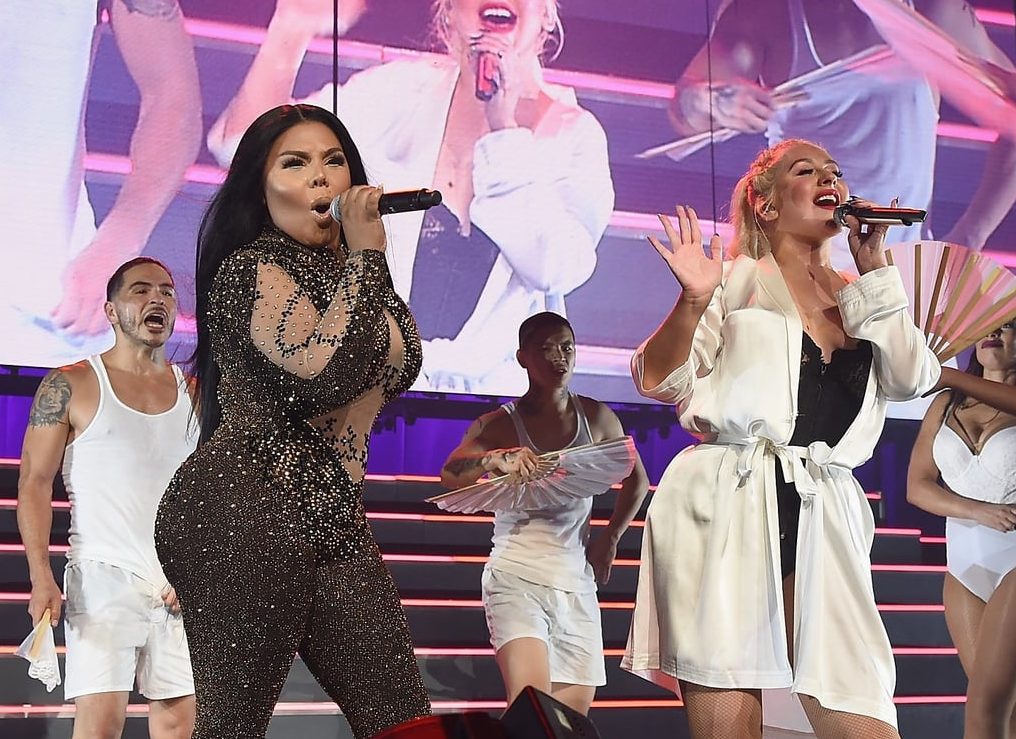 Christina Aguilera surprised fans at her New York concert on Wednesday night (October 3, 2018) by bringing out Lil’ Kim for a rare performance of their 2001 song Lady Marmalade.

The Dirrty singer has been singing the track, which also features Pink and Mya, on her own as part of her Liberation Tour, but during her stop at Radio City Music Hall in New York City on Wednesday night, she shocked fans by bringing out Lil’ Kim, who graced the stage in a black catsuit adorned with gold embellishments and sparkles, with a revealing sheer section running down her chest, between her cleavage, and across her midriff.

One fan shared footage of Lil’ Kim rapping her verse and wrote in the caption, “Lil’ Kim and Christina Aguilera reunited tonight for the first time in 16 years to perform their #1 hit, Lady Marmalade”.

Christina, Lil’ Kim, Pink and Mya, along with Missy Elliott, got together to record Lady Marmalade for the Moulin Rouge! soundtrack. It went on to top the charts in the U.S. and the U.K., win a Grammy Award and Best Video of the Year at the MTV Video Music Awards.

Lil’ Kim wasn’t the only surprise during the show, with A Great Big World stopping by to perform their duet Say Something, and RuPaul’s Drag Race star Carmen Carrera making an appearance, and a gay couple getting engaged. Former U.S. President Bill Clinton and his wife, presidential candidate Hillary Clinton, were also in the audience.

The Liberation tour, which kicked off in late September, marks Christina’s first trek in more than a decade. The show includes multiple costume changes and hits such as Genie in a Bottle, Beautiful, and Can’t Hold Us Down, her 2003 collaboration with Lil’ Kim.

Christina will continue her four-night stay at Radio City Music Hall on Thursday.