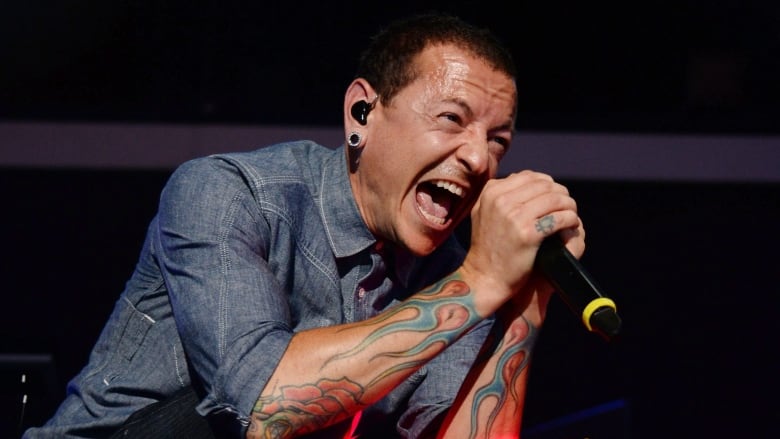 Chester Bennington’s wife Talinda has marked what would have been the rocker’s 43rd birthday with an uplifting post expressing that she hopes he’s “dancing in heaven”.

The Linkin Park singer died in July 2017, after taking his own life. He and Talinda were married for 11 years, and they have three children together, son Tyler, 13, and twins Lily and Lila, eight. Chester also has his three children from previous relationships – Jaime, 22, Isaiah, 21, and Draven, 16.

On Wednesday (20Mar19), which would have been Chester’s birthday, Talinda paid tribute to her husband with an emotional, but uplifting, message.

“Happy birthday! You made the world brighter from the moment you were born. You gave me the world w/your love &children. For that, I can never repay you,” she wrote. “I pray you are dancing in Heaven. The kids & I are privately celebrating you today by doing your fav family activities (sic).”

As well as Talinda’s tribute, the official Twitter account for Linkin Park remembered the singer, who was 41 years old when he passed away, wishing him a happy birthday. His former bandmates also shared messages of love.

“Happy Birthday Chester. Miss you so much, buddy. What are you going to do to #MakeChesterProud today, Linkin Park fans?” tweeted band co-founder Mike Shinoda, while bassist Dave Farrell added: “I miss you @ChesterBe.”

Chester took his own life at his new California home while his family were away. His body was discovered by a friend the following morning.

Since his untimely death, Talinda has partnered with mental health service Change Direction in the hope of raising awareness of mental health and streamlining resources to help tackle mental health through technology.

She has also teamed up with Mike to front a new suicide prevention public service announcement (PSA), encouraging others to speak out about depression and seek help before it’s too late.

They filmed the PSA with actors from TV drama A Million Little Things, about a group of friends left devastated by a pal’s suicide, to raise awareness about mental health issues and highlight resources for those in need.