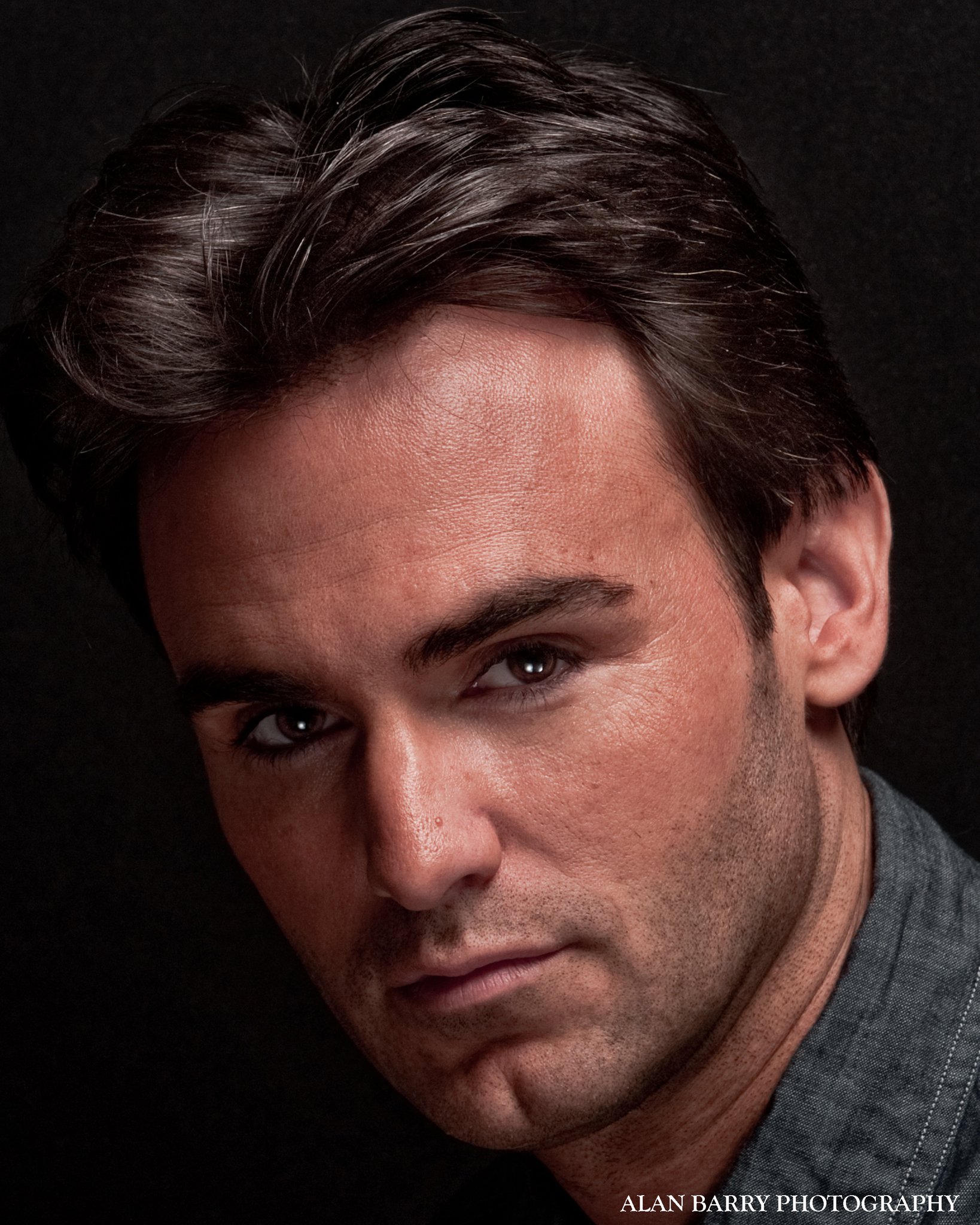 A cultural anomaly and media phenomena, Chance Spiessbach is a compelling conversationalist and has had the opportunity to interview the most illuminated celebrities on the planet. Traveling the world, beginning his career in Hong Kong as an investment banker. Chance holds degrees in business and finance, as well as media and entertainment. With an unaffected air of confidence and a Cosmopolitan sense of gratitude, Chance broadcasts his interviews as,  “Chance TV.” He is also the, “Entertainment Anchor” for RTL the largest broadcaster in Europe.

Chance was vibrant, animated, professional and a blast to talk to….

How and why did you start doing what you do?

In a nutshell, I had retired from finance and told my father that I hated everything, my life was empty & boring. He asked me what I wanted to do. I told him that I love people and he said “go into Times Square and interview people.” You can’t just start interviewing movie stars with no access. I went into Times Square and I started interviewing people. I had interviews that were so crazy I can’t even explain them to you. I asked questions for example about dating. So I interviewed this man, he gave me his answer, and then the interview was over, it had run its course. I had the microphone and I said, let’s wrap it up, tell us your name, and that you are at Times Square and that you are on Chance TV. He said “no, no, no”, and started pulling the microphone towards him. As our hands gets to his waist level, I feel he has a gun concealed under his shirt.

So, I said “you know what, you take the microphone, let’s do the interview we have plenty of time”. The whole time I was thinking to myself, “this guy has a gun, and he’s letting me know he has a gun, and he’s letting me know that he wants to continue this interview.” We did, and eventually he was fine. I went around the corner and thought, I was not expecting that. From there I was asked to host a public access show called, “On The New York Circuit” which became number one within three months. Shortly after I started covering red carpet events, which is where I was discovered by Daniela Hoffmann, Senior Producer at RTL.

Yes I did. It was one of the greatest experiences in my life. I met Michael Musto. When I am told who I will be interviewing, I read and watch EVERY interview they’ve done. I closely study how they react to every question. The secret is not in the words they answer with, but, their body language, the speed of their response, the tone of the voice, micro expression, such a; blinking, furrowing their eyebrows, head tilting, bringing their hand to their face, pursing their lips, swallowing,  etc…That tells me what they love talking about and what bores them or annoys them. Everything I need to know is hidden in previous interviews.

Back to Mr. Musto…He was a little bit standoffish. He didn’t know who I was, and he wasn’t excited to be interviewed. So, I asked him if he used his apricot walnut facial scrub today? He had mentioned that in an interview like 10 years prior. He said “that’s what I use every day.” That was it. He was disarmed and comfortable. Then he brought me to an event with Joan Rivers who was honoring him. All of a sudden I’m sitting there and I’m looking at Joan Rivers like a tiger. Joan Rivers was sitting by herself, but she had a lot of people around her, you know the “human wall” to insulate the celeb. I asked Michael Musto if he could take me over and he said “yes absolutely.” I knew what to say to her…”Hi Joan, it’s good to see you. Can you give me Heidy Abramowitz’s phone number”? In her act she always talked about the ultimate slut Heidi Abromowitz. She looked at me, and playfully said, “This isn’t gonna go well is it”? I said, ” It’s all downhill from here my friend.” We talked about celebrities, plastic surgery, longevity in Hollywood, and countless stories. I didn’t know someone could be that clever, quick, intelligent and witty.

At one point her publicist, seeing us going on twenty minutes, tried to intervene and politely extract me. Joan’s response was,”I’ll tell you when I’m done with this F—– kid.” That interview kind of validated me. Hollywood is really like kindergarten, when other celebs or publicists see me with Joan Rivers then they must have their client be interviewed by me. Popularity and insecurity run this business. When I interviewed Ice-T, I knew he was in a punk band that he started called, “Body Count” that no one knew about. I asked him about it and he just lit up.  At the end of interview, on camera, he said “I could talk to Chance all night. He’s one of the best interviewers out there.” Robin Williams was spectacular. Billy Crystal was spectacular. But I had to approach them in a certain way.

With Billy Crystal it was almost like he didn’t want to be interviewed at the event that night. Very standoffish. I had studied him thoroughly, so I said  “I know what your greatest achievement in life is.” He looked at me as if to say “hey nutcase, not tonight.” “It’s when you were wearing pinstripes and you hit a line drive to first base.” He thanked me for reminding him. And said that was the best moment of his life. Robin Williams had a genius mind. When you interview  someone like that, those are the ones that you can’t fall asleep that night because you’re so excited.

You are the “Celebrity Expert” for RTL, (Europe’s largest broadcaster). What’s that about?

RTL’s broadcast range includes all of Europe, and their celebrity programs are either number one or two in each country. Depending on what country and what show,  I have different titles, celebrity expert, celebrity host, whatever… I do celebrity commentary for them. They will call me at seven in the morning and tell me Justin Bieber’s throwing eggs at people’s houses and here’s what we wanna do….

When they first brought me into this they gave me the questions AND answers and said learn both. I know me, I know who I am. Giving them a scripted answer is genetic, robotic, and I can’t sell it. I said, “Since,it’s not live, I know what you need to hear, let me just freestyle it. Just hit me with the question.” The first celeb commentary shoot, I was seated next to a table that had a vase with beautiful flowers. They posed the first question, “how are things with Justin Bieber?” I took the flowers and threw them across the room. I said, “Hollywood’s gone insane. This mental patient is throwing eggs at houses. He’s got every girl in the world, he’s got cars and can buy anything he wants, but he’s chooses to go to the produce section, buy eggs and throw them at neighbors houses. We have a problem…it’s code red on Bieber street.” From that day on, I was never given a scripted answer again. I love the uncertainty of not knowing what I will say. It’s interesting for me and the viewers love it because of the uncertainty of my response.  I’m like a verbal slot machine on set.”

The world’s attention span is down to a millisecond. With today’s unlimited distractions for the ADD mind, YouTube, Tik-Tok, Instagram, Facebook, and +2000 cable channels you must be unique & totally unpredictable. If you can’t deliver content in a way that keeps eyeballs glued, your career is over with the click of a mouse / remote. You have people watching TV, while listening to music and doing an email. You’ve got three different mediums distracting people, while you’re trying to entertain millennials with a scripted answer? Your influence/relevance will be decided and extinguished by a few million tweens.

Seated in a directors chair, with the Hollywood sign behind me, I began reporting on the Oscars and all the photo bombing that year. I was wearing a Valentino tuxedo with flip-flops. I always wore flip flops, because my feet were never in frame.  Well that time the producer said if he wants to wear flip flops then we are going to film them and put his feet on air. The camera man brought the camera down and began the shoot filming my flip-flops. It worked though. Why does everyone looks at Billy Porter when he looks dresses like a Christmas ornament?….. The public loves, hates, loves to hate these people.  Hollywood exists because of people who are different, people who are out there.

So, who is the most fun interview you’ve ever done?

The scariest was the guy with the gun. My worst interview was Russell Crowe. It was in LA. He hits people in the head with phones, he’s aggressive we know that…. so he was walking down the red carpet, and you know how you know when somebody’s just not in the mood? He gets to me and I said. “How do you feel about your incredible accomplishment (his movie).” His answer was, “How the F— do you think I feel, I am contractually obligated to be here.” Unphased, I said, “So am I my friend, but I think we’re on different pay scales.” He fought back a smile and we did a fun interview.

I think the best interview ever was with Robin Williams because a lot of people that saw it said I actually threw him off his schtick. I had studied him and he had once discussed sex in a recent act. To throw him off his guard, “I said to him, “are you still texting during sex?” The press line stopped dead, but Mr. Williams lit up. I was lucky enough to have the ammuo to improv with him and throw him stuff he could riff with. I had been an extra on a movie that he starred in and a fox escaped from the Brooklyn zoo. It came across the Brooklyn Bridge and went to Central Park where the movie was filming. Chased by NYPD and animal control, it was running through the set and onto the lunch tables. Robin improved pretending to be the fox coming to central park to score drugs. No interview can compete with that.

Have you ever had your ultimate stage fantasy, in other words is there someone you are still wanting to interview more than anyone?

If you could have me ask you any question on the planet what would it be?

Have you ever had extremely famous A-list celebrity grab your private parts during an interview?