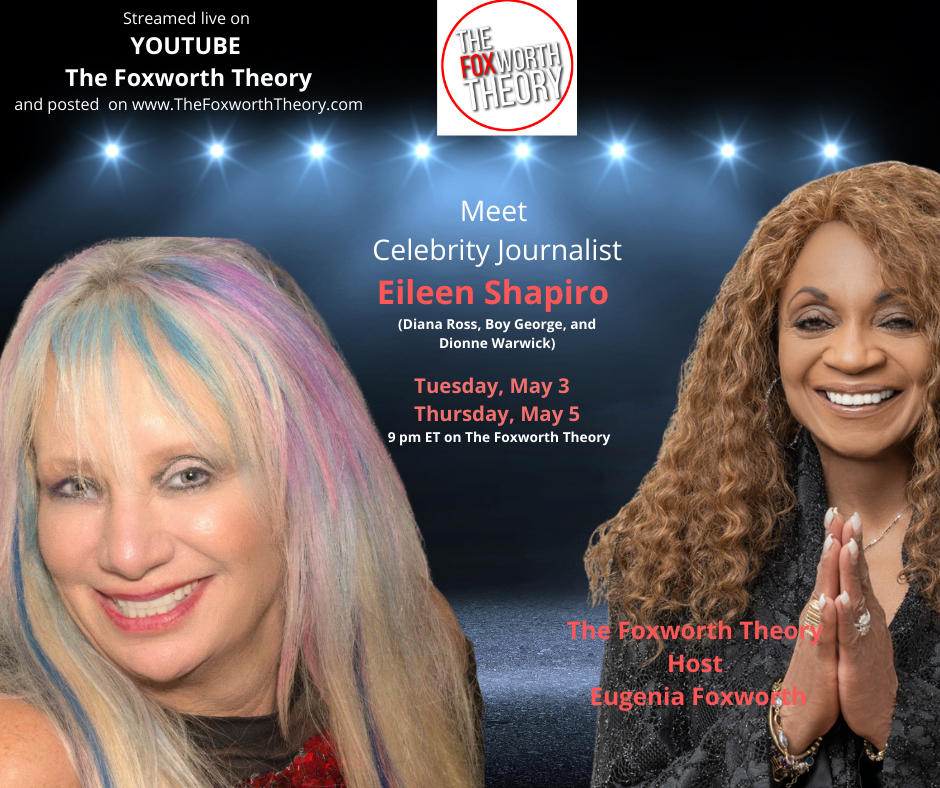 Celebrity journalist Eileen Shapiro will be a guest on The Foxworth Theory on Tuesday, May 3rd and Thursday, May 5th, 2022, hosted by Eugenia Foxworth. The show is streamed live on Youtube at 9 PM ET on the Foxworth Theory Channel and will also be posted on https://www.TheFoxworthTheory.com

“My goal for ‘The Foxworth Theory’ is to bring together all these aspects that I’ve been a part of – art, fashion, culture, business, dance, entertainment – with the people who create the art, design the fashions, make the music, choreograph the dance and help define the culture,” Eugenia Foxworth explains. “All these things I eat, drink and feel every day. We’ll invite legends to be a part of the show along with folks from the real estate world. What I want the show to do is help motivate and inspire others to pursue their goals and dreams. While we will indeed entertain our listeners and viewers, what I want the podcast to do is to help inspire and motivate our young people to achieve their goals. Our youth have always been a group I want to work with and tell them that they can achieve whatever it is they set their minds to doing. Don’t ever let anyone tell them their dreams cannot come true.”

Eileen Shapiro is an ICONIC journalist who is world-renowned in the realms of music, television and film. A veteran entertainment personality, Eileen Shapiro gives readers an uncensored view of life as one of the most prominent celebrity journalists in the world.