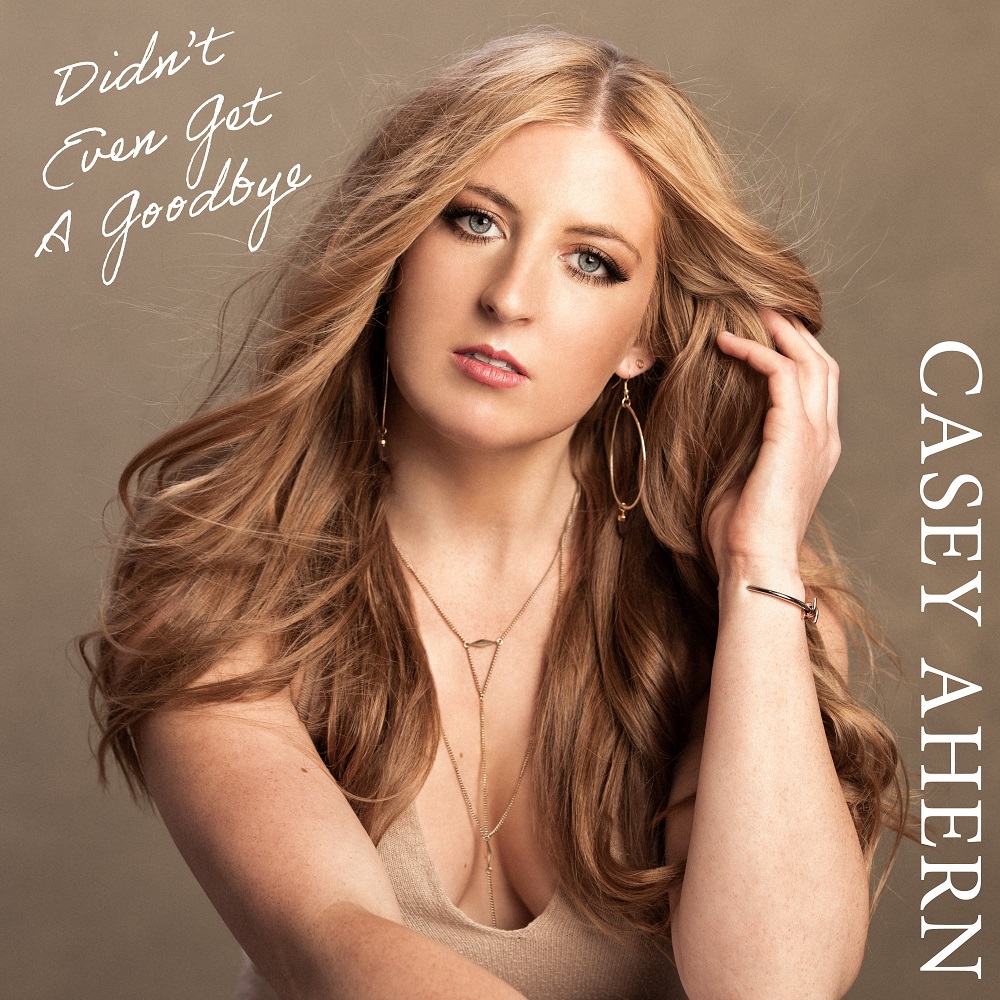 Casey Ahern’s “Didn’t Even Get a Goodbye”

Led by a rollicking drumbeat and a sizzling electric guitar melody that seems to echo the emotion of the lyrics all the perfectly, Casey Ahern’s “Didn’t Even Get a Goodbye” toys with Americana and indie pop in equal measure, inevitably giving us something that is right in between the two contrasting styles of music. As multifaceted a sonic identity as her music possesses, there’s nothing scattered or unfocused about the delivery Ahern affords the verses in this song, nor the means through which she makes us feel everything she’s feeling within her heart.

She’s got a unique sound that has become her own not through repetition but through dedication to the fundamentals of the singer/songwriter aesthetic, and in “Didn’t Even Get a Goodbye,” she reminds both critics and fans the same just how powerful a vocal she can produce even in the most simplistic of surroundings. This woman doesn’t need anything in the world to sound like a million-dollar musician; she brings a lot of natural talent to the game with her, and this latest release sees her returning to the spotlight once again with another smoldering serenade I don’t see myself forgetting anytime soon.

“Sunday Driver,” the last track we heard from Ahern, demonstrated a lot more of her creative duality than previous singles had, whereas “Didn’t Even Get a Goodbye” feels more like a pure vocal showcase, and one that was intended to give us the meat and potatoes of her sound more than it was a conceptual idea. The strings she harmonizes with are smoky, but not nearly as integral to the construction of the narrative as they have been in other songs like “Just a Dance” or the freewheeling “He Was Summer.” This is the first song I’ve heard from Casey Ahern that sounds like it could benefit from a companion video, although I wouldn’t say this because it’s somehow lacking in imagistic substance or poetic value at all – the opposite, truth be told. There’s so much to be expanded upon just within the theme of this track, and if given a music video component, I can see Ahern really scoring some big points with mainstream audiences otherwise disinclined to try something from an independent player in 2020.

Though Casey Ahern isn’t really showing us anything most devout listeners didn’t already know about both her and her artistry in “Didn’t Even Get a Goodbye,” she’s undisputedly doing a terrific job of solidifying her reputation in the underground with its release. She’s got one of the most devastatingly warm and inviting vocals of anyone in the alternative Americana/country-pop community at the moment, and if she keeps steering clear of the minimalist-inspired trends a lot of her counterparts have been falling into lately, I think she’s going to come out on the other side of 2020 looking ready to take on just about anything that comes her way.

I believe in her skillset, and if you don’t already as well, “Didn’t Even Get a Goodbye” will have you singing a different tune.