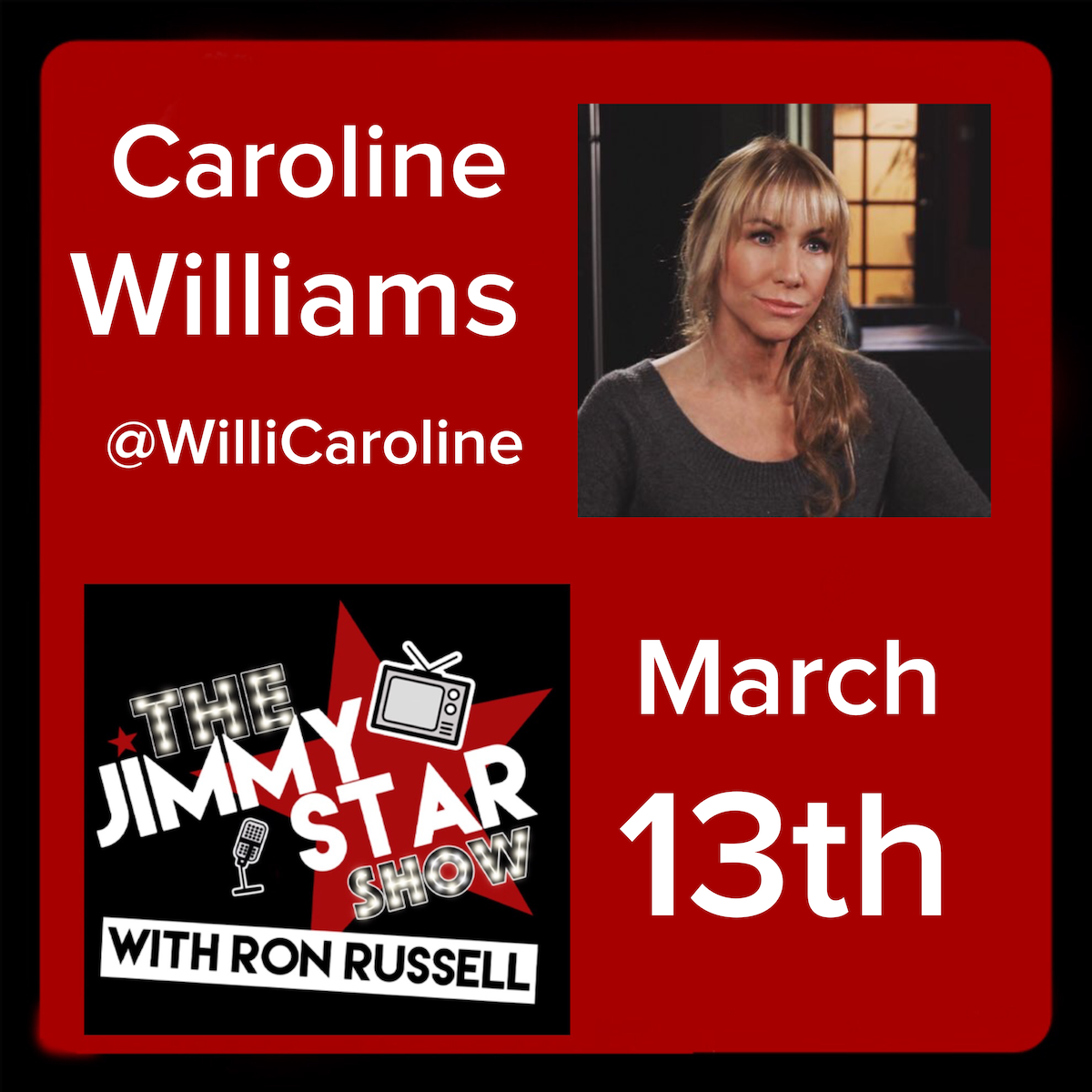 Caroline Williams will be a featured guest on The Jimmy Star Show live radio/tv show hosted by King of Cool Jimmy Star along with Cool Man About Town Ron Russell to discuss her career and the entertainment industries at large. The Jimmy Star Show is tv/radio’s coolest hit show, featuring the best in music, entertainment, fashion and pop culture, all from a fun industry insider perspective in a completely live, unedited fast-paced two-hour conversational format.

The Jimmy Star Show with Ron Russell is pleased to showcase the expertise and talent of Caroline Williams and all anticipate a fun and informative time talking with her about her career and the entertainment industries at large.

To hear/see Caroline Williams live on the Jimmy Star Show with Ron Russell tune in to W4CY radio on Wednesday March 13th, 2019 from 3-5 pm ET and 12-2 pm PT online at www.w4cy.com from anywhere in the world!

The official site for w4cy radio may be found at http://www.w4cy.com
The Jimmy Star Show with Ron Russell can we seen on:
Roku
Comcast on Demand
YouTube
Vimeo