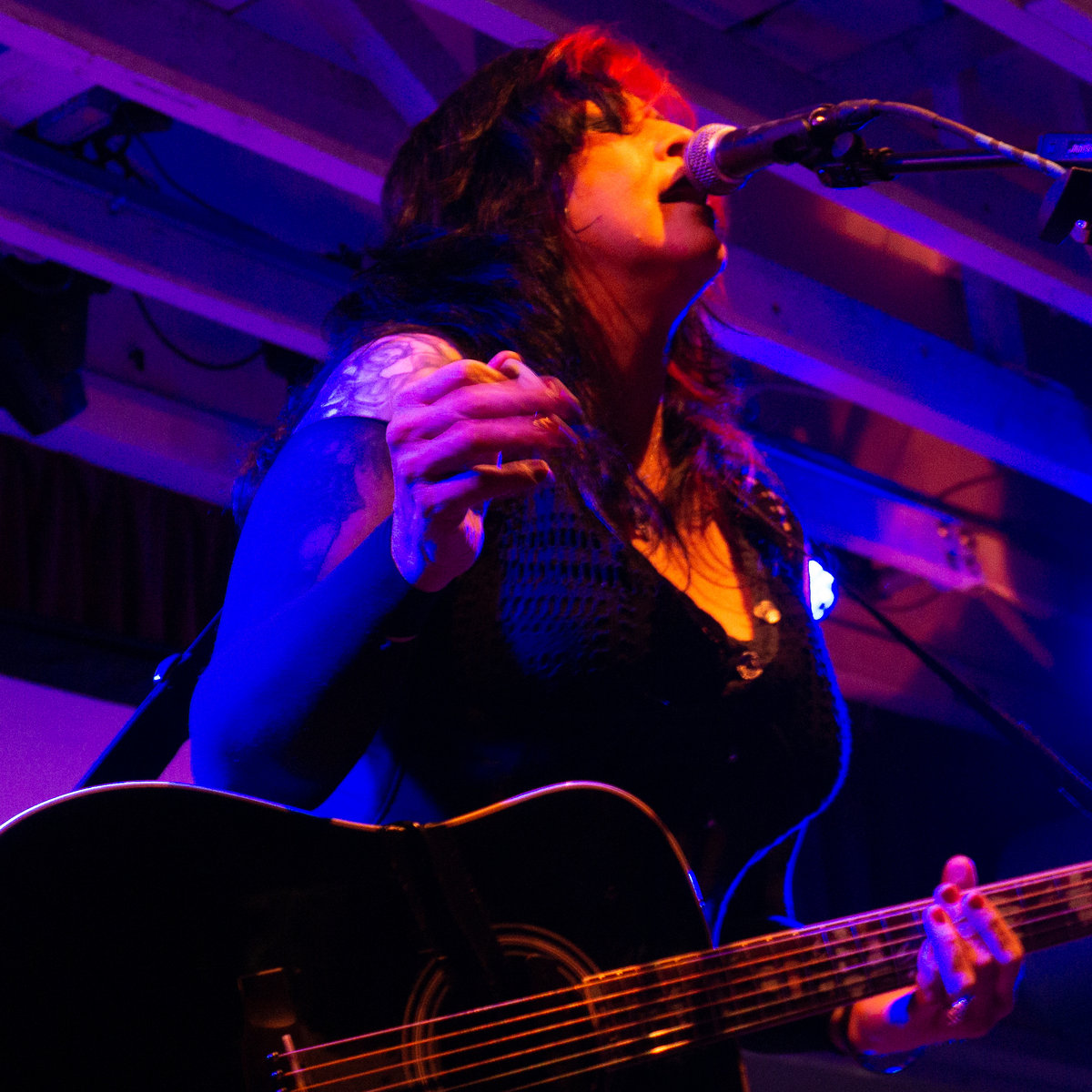 Have you ever felt like you’re circling the drain? You’re spinning your emotions with people? Or that you’re letting someone else take control of your attitude? “First” from Caroline Blind is one song that sets a dreary tone for such a universal feeling. Blind’s song method is a winning formula: write emotionally-rich lyrics and sing from the depths of your soul.

“First” is from the forthcoming album The Spell Between and is a collaboration with indie rockers The Wake. That word, between, is a fitting description for Blind’s art. Lyrically, “First” follows a straight forward path with words like “and this is how those shadows grow / inside my head / and this is how those shadows go / dancing along / you’re keeping time with your cigarette / you know / you know/ and I’m on a slow train / and I’m on a slow train.” Much of the cadence and mood to this song is jarring like R.E.M.’s “Low” (from 1991’s Out of Time) or slightly spooky like The Smashing Pumpkins’ “We Only Come Out at Night” (from 1995’s Mellon Collie and the Infinite Sadness). Blind’s blending of acoustic and electric guitars create a dynamic of stillness, of calm, only to erupt into a semi-chaotic immersion. The idea of ‘between’ is what she gives her listeners. The moments between her vocals and those dashing guitars creates a stirring, heart-wrenching of a song.

When she sings “I’m on a slow train” I interpreted this as she’s wanting change. She just can’t to it. She’s stalled at the thought of losing someone or knows that the choices she’s making are the wrong ones, but like most humans, she keeps making the same choices. I loved the image of the cigarette, too. It’s almost sensual – the way the smoke rings hang in the air. The way the smoker exhales and the toxins fill space and time. I think by Blind using this I the lyrics, she’s showing that she’s super attracted and still loves this person, but she knows it’s toxic.

Her voice just follows you. The track is another example of Blind’s innate ability to extract the saddest of emotions to song, and at the same time create such a beautiful catharsis. Much like Linda Perry (4 Non Blondes), Blind’s vocal range is solid and she’s stunning in her approach. On the surface this is a sad song and maybe even an angry song. I think Blind’s vocals and her confidence make it strong and bold. She would make a pretty damn folk singer, too. Her voice is sincere and assured.

Overall, “First” is a worthy track. It’s not a game changer, but it’s a mood changer. It brings to light the darkness we often feel. Sometimes our souls just need a sad song. Sometimes the light just isn’t shining (what better than a winter month to feel the need for a darker song). Spring will be here soon, but now is the time to listen to “First” and feel the weight of Blind’s artistic achievement. High marks for “First”.