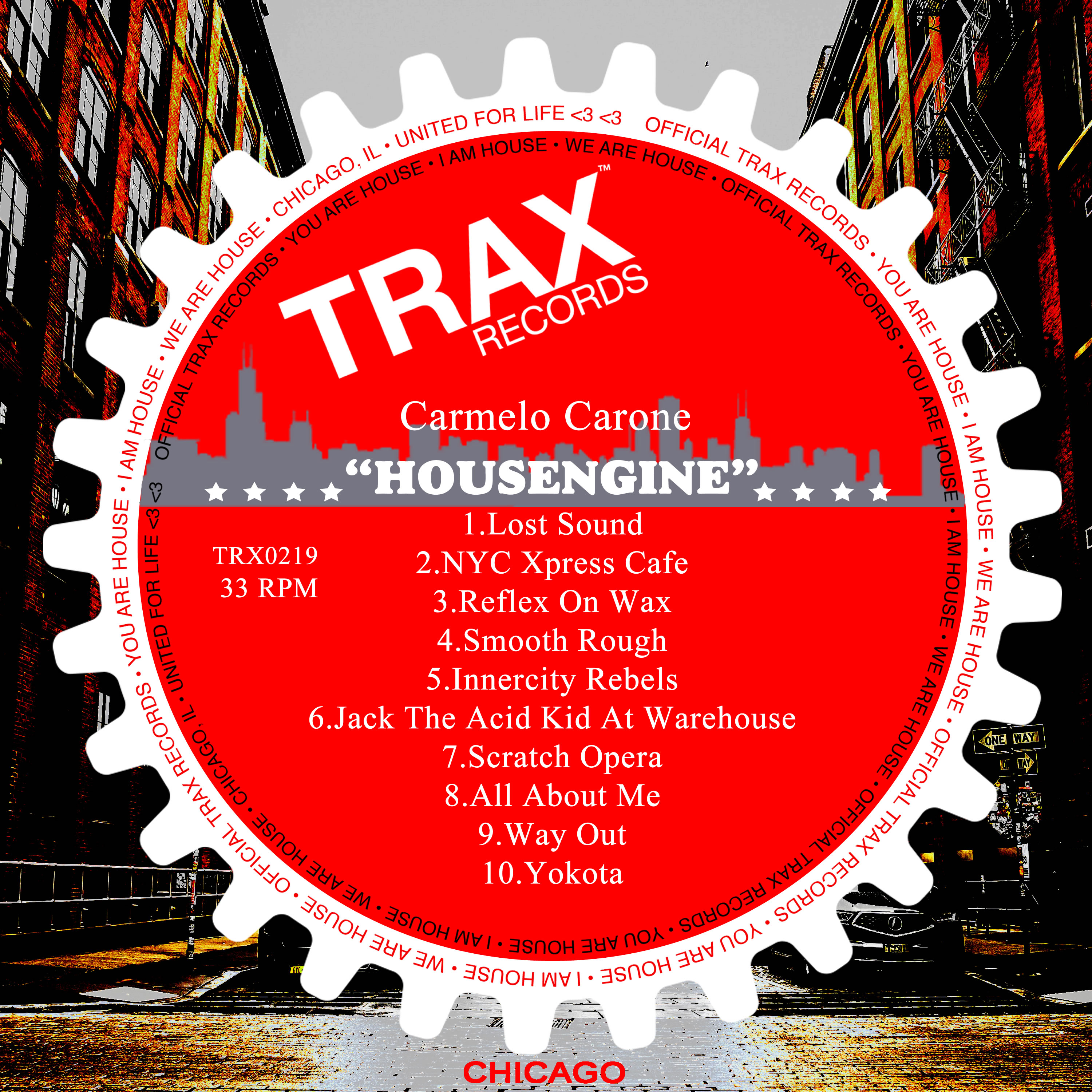 The incredible Carmelo Carone goes out with “HOUSENGINE” album on legendary TRAX Records Chicago
of course.

The name of the project includes all the meaning of the album and therefore the House Music especially seen
as a lifestyle, a point zero in the vision of the roots and innovation of House Music concept by Carmelo and in its full expressive versatility, an artistic masterpiece that includes the essence of Jackin Dub, Chicago House, and Deep Acid & Tech House contained in 10 amazing tracks!

An engaging start with the first song Lost Sound.. pads and riffs totally involving listening by recalling the House to the origins up to the most advanced sounds.
NYC Xpress Cafe supports a rhythmic Classic Soulful House from clubbing showcase, with Reflex On Wax starting a journey in the real Jackin House also touching Dub Detroit sounds, Smooth Rough instead welcomes an idea of Soulful fused to Acid Dub while Innercity Rebels enchants from the beginning to a marvelous line without end, Jack The Acid Kid At Warehouse is the review of the bonus track Jack The Acid Kid Goes At Warehouse included in the previous Warehouse E.P. Remixes gone out a couple of years ago on TRAX, a crazy job where Acid, Deep and Dub Detroit are known in the purity of the emotion of music and personal commemoration at the epic Warehouse Club Chicago .. where it all started and of course to Jack! Scratch Opera in name and in fact is a pearl that encompasses the vibrations of street groove & free style music combined with the refinement of magical arrangements of undefined strings.
All About Me is the classic song to listen, closing your eyes and being transported only by music
the same goes for Way Out an endless journey!

So to close the album is Yokota, a special tribute from Carmelo to the great Japanese producer Susumu Yokota and to his fantastic Acid Deep House that the whole world has shared and known, unfortunately he passed away a few years ago, RIP.

Enjoy it and let the music speaks!