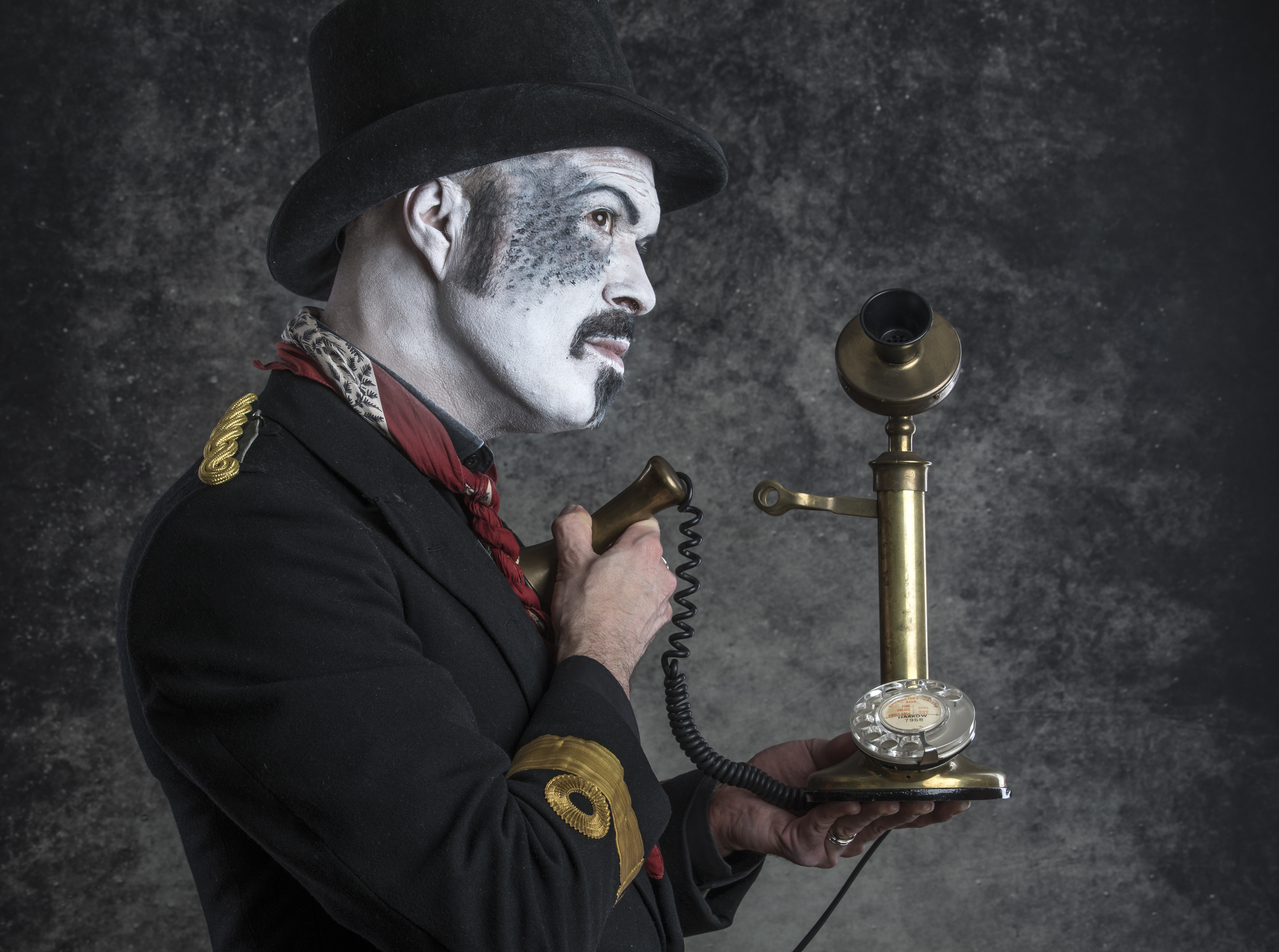 Captain of the Lost Waves: “Circus of the Mystic” 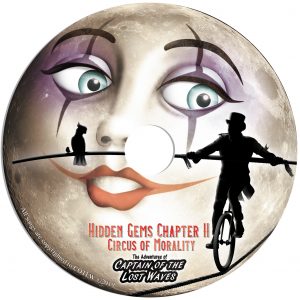 One of the more animated and fluorescent characters of the music world is beyond a doubt, Captain of the Lost Waves. Whether he actually originated on this planet remains a mystery, however his music and his magic have found a place somewhere in between modern Vaudeville, cabaret, and electronic dream pop. Wearing a top hat and traveling usually with a bouzouki, he travels from English Village to English town, like the old-time medicine men promoting miracles, musicals and curing elixirs, with an air of mystique, and talent beyond belief.

A member of an indigenous society although it’s probably not versed in magical and chemical potencies, he is skilled in magical and healing rituals that come in the form of his music. His newest release “Synthesis“, (a prelude to his new album set be released early July, the second in the trilogy: Hidden Gems, Chapter 2), is an edgy manifestation of musical bliss, dangerously bordering upon madness. 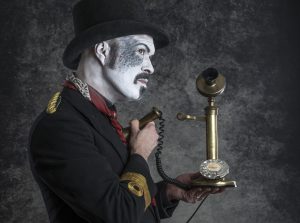 So “Hidden Gems Chapter 2” is the second part of the trilogy. To summarize, the Captain starts his journey in a monochrome world because he’s been basically exiled in the dream dimension of planet earth. So, if anybody has the copy of “Hidden Gems Chapter 1”, it’s black and white and everything that emanates is given birth from the monochrome world. On the journey that I see for the Captain he starts to restore faith in aspects of life which is what I call, “The Hidden Gems”, people, places, stories, amazing facets that this planet has to show and that we very rarely see because we are all distinctly carrying our own blind spots.

The Captain manages to find these people, these stories, these places, these emotive states, these teachings, these great ancient teachings that have been lost. He finds color. It’s in the color that he starts to restore and come back to life himself escaping the monochrome world.

“Hidden Gems Chapter 2”, the essence is possibly more experimental. It houses an array of instrumentation that was evident on Chapter 1. We got synth heavy with a couple of tracks because of original tracks like “Another Planet” on the single release. It was a synth-based track that I wrote on the ukulele but I love the fusing of organic, acoustic instruments mixed with electronic where possible. So it still houses that pastoral element. There is a very organic, raw sound. There is also this more experimental youth sounding record. We captured a little bit of the elements of the bombastic within it. There were bombastic elements in Chapter 1 but there was a much more acoustic delivery. On album 2 I had a definitive idea to record it all on a 2-inch tape machine. I wanted that saturation, that color. It was really hard work because unlike the top studios where people used to often make records they are obviously calibrated regular, and we were working off one machine and occasionally we had to give up the ghost. Sometimes things have to be fixed and realigned, but what an experience. In terms of digital which was so quick as soon as you put a track down, you have to listen and wait for the tape to rewind. I love those little moments where it was quite meditative with the whole process. So I think the saturating of sound pushing the tape, the parameters of using tape, and just the additional instrumentation, including a couple of tracks which might be a little bit more synth heavy… it’s just an exploration of “Hidden Gems Chapter 2”, where there is a subtitle, “The Circus of Morality”. I wanted to navigate different moods. I never believe in repeating myself. That’s the hardest thing as an artist. There are going to be certain things that will have a nod to other things you’ve done, and that is fine. But I always want to take something a little bit further. It’s not a premeditated thing, but I will never release anything unless it is somehow different. I think that’s key.

You have a record that you’ve released in between the two albums, let’s talk about that.

That’s called “Synthesis”, and that’s exactly what I have been referring to. It was a melting and a meeting of the minds of all artistic expressions. There were two instrumentals on there, “Transient”, and “Out West”, which are again more synth and keyboard based. 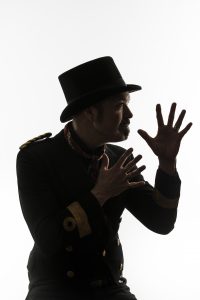 Really great tracks by the way!

Transient was kind of an idea in my head, of imagining Kraftwerk, jamming late one night with an aboriginal tribe in the middle of Red Rock. It was something in my head and that’s how I heard the music. I usually see music in pictures. Often music comes to me in a pictorial fashion. So I did that. That track started in a way, as a nod to playing the bouzouki which takes me back to Led Zeppelin, and a lot of unplugged Jimmy Page. It started that way but knowing that it was going to become an electronic infusion by the time it finishes was the idea. There was a little bit of the Wild West in it as well. So there was two instrumentals and we have the three singles which were, “Another Planet”, “Danger”, and “Mister Many Men”, and then the two new tracks from “Hidden Gems Chapter 2”, “Uniforms & January”, along with a “Uniforms” remix, which is obviously dub, very sort of dance, and then an a-cappella version. So there was the idea of a bridge, possibly a good introduction, between old Captain and the new Captain that I hoped to bring forth. Hopefully people can see the difference sonic essences that are actually going on between the records. 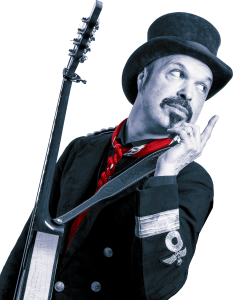 You’ve decided to put this new music on vinyl as well.

I grew up with vinyl. Vinyl had been handed down to me, so I think the whole process of it is something that has never lost me. Even in the translation of the much simple age. In the digital age with everything so quick, that’s obviously a great thing on a lot of levels but I do like the idea that taking vinyl out of its case. It’s almost reverential. When I had to save up enough money, and I would save up, and save up, so when I eventually got that record, I would live with that record for possibly three or four months. It was a bit like a relationship. It becomes like an affair, like a love affair. You didn’t have the money to buy lots of things, it was just the one thing. So, I think remembering that as one of my earliest memories of a record handed down to me, was from my uncle which was “Tea for the Tillerman” by Cat Stevens. I still have that and I still adore his voice. There is a beautiful ambience to the whole record. I thought if I get the chance and because I do everything myself, no label, no agent, we did a crowd funding excessive. I thought if we raise enough money, I will make sure that “Synthesis” is on vinyl. Thankfully we raised enough money which meant I could produce the vinyl. Just seeing it and playing it has been fabulous. I think that 19 minutes on each side stays in the parameters of the best audio quality. If the album had been an hour long, it might’ve lost that quality because of the way that vinyl works. I was really focused on this and I thought it would really be great to allow people the right to buy it on vinyl. Just to discover a tiny aspect of what I fell in love with and is still there for me. I know that maybe the obtuse nature of analog recording is not perfect. But for some reason the analog domain to me symbolizes human nature and my journey more because we’re not perfect. In the digital age everything is cut so perfect. In the pop world as a rule we have now become used to a certain sound. Everything is perfection, everything is highly tuned. I work in the complete opposite sense to that. I know that when you listen to a vinyl record you can hear holes in some performances, but I think it’s those holes, and the way those records have to be mastered and compromised, even so we still love them. I mean there are beautiful recordings that people can create now, but I think something gets lost in the translation. Some of that little bit of warmth, there’s like a white noise and static. I listened to Jonny Cash, and I think there was something on that record that’s like an essence. It’s like you’re being haunted in a beautiful way. I still think vinyl does that. Just hearing the needle go shhhhhhh, and it starts to crackle. There is something absolutely beautiful about that. I think that’s one of the most beautiful noises in the world, never mind before the music starts just hearing the needle… Maybe there is a hopeless romanticism in me. It’s something that I really wanted to do. There is enough dedicated people that helped fund it, so I was happy to sort of be able to fulfill their wish which was lovely.

You have many loyal fans as proof of how well you did with the crowd funding.

I was quite amazed actually Eileen. It was the people that went the extra mile for me and the people that would do fundraising. We had a group in Gosport, the South of England, that did five or six fundraising nights. It was almost like crowdfunding created by the Waltons, “Hey JOHN Boy, I got some more apple pie for you.” I must admit that was extremely hard work for myself and Lucy, but the kindness over that six week period was almost in comparable to any other life experience I’ve ever had. I could not believe the support from people who had no money. That touched my heart. One gentleman who is on benefit and who had no money asked me if he could please send me 12 pounds. He wanted to be part of this. That kind of blew me away more than anything else. I still see that you can make music in the digital age, and nobody needs to own it. You can enjoy music without having to own anything.