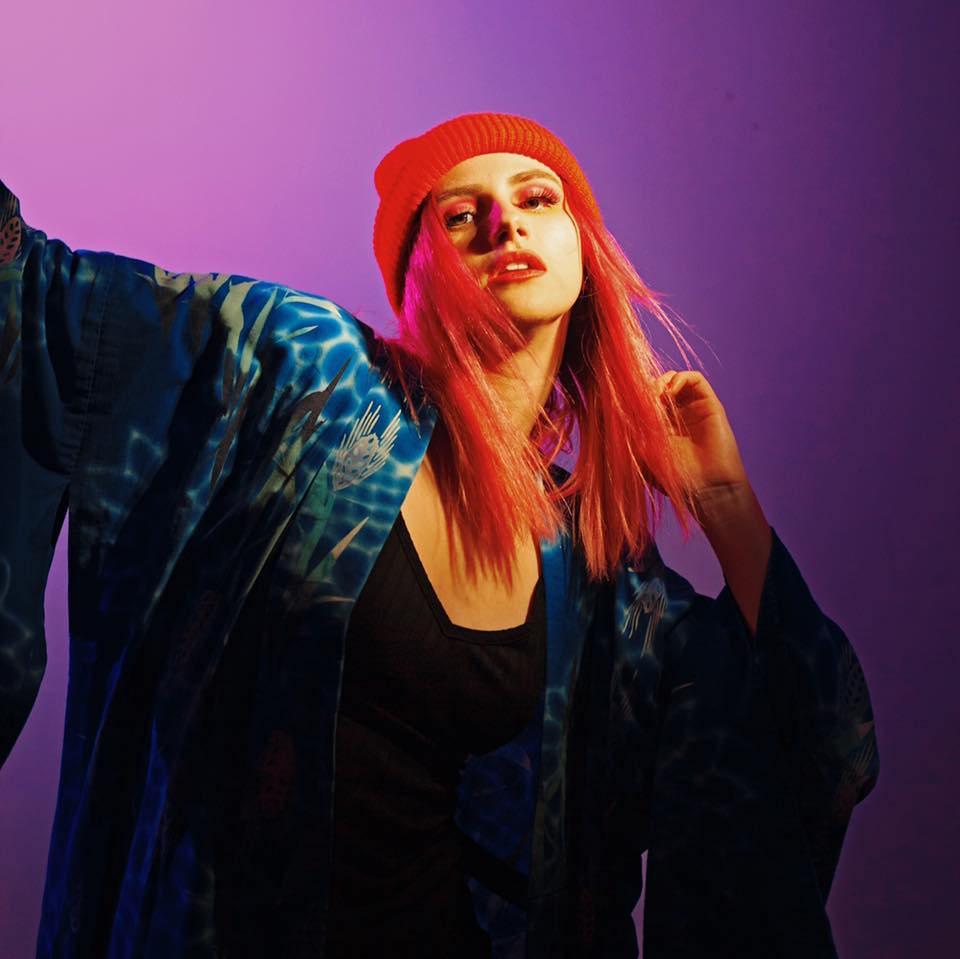 Dallas-based singer-songwriter Campbell Crates, whose prized possession is a stuffed alpaca named ‘Gerald,’ will release a new album soon. In the interim, she’s dropped a series of tasty electro-pop singles, including “Electric Feeling,” “Lullaby,” “Get Yourself Together,” “Think of You,” and “All Year Baby.”

Her hypnotic song, “Lullaby,” written by Campbell, is from the soundtrack for the short film Echoes, in which she starred.

Initially an actress, Campbell later recognized her passion for acting was exceeded only by her hunger to make music. Since then, she’s performed at The House of Blues, The Curtain Club, The Palladium Ballroom, Gas Monkey Live, The Gas Monkey Bar and Grill, Six Flags over Texas, and The Gaylord Texan.

Influenced by artists such as Amy Winehouse, BØRNS, Muse, John Mayer, and The 1975, Campbell’s lyricism reflects her personal experiences, while her alluring sound encompasses various stylistic elements, including electro-pop, synth-pop, and alt-pop, flavored with tints of smooth R&B and savors of dance music.

The Hollywood Digest caught up with Campbell Crates to find out more about what she’s listening to right now, the inspiration for “Lullaby,” and what listeners can expect to hear on her forthcoming album.

I can’t live without access to nature, frequent hangouts with my friends, or my German Shepherd, ‘Rascal.’

How did you get started in music? What’s the backstory there?

I actually started out in acting. I honestly only really considered doing music because I liked acting so much and wanted to be on the stage more often. I quickly realized my real passion in life was music and put all of my focus there. A lot of that push came from my late father. He played the guitar and sang “Here Comes the Sun” by the Beatles for me and my sisters growing up, and his passion for music carried on through to me.

What’s your favorite song to belt out in the car or the shower?

My favorite song to belt in my car ‘Ramone’ is probably “Bohemian Rhapsody” by Queen.

Which artists are you listening to right now?

My favorite artists right now are BØRNS, Kimbra, Jon Bellion, John Mayer, Blue October, Jamiroquai, and the 1975. I would also say those are the artists that inspired me as a musician in addition to Muse, Queen, Prince, and Stevie Wonder.

What inspired your new single, “Lullaby?”

“Lullaby” was actually the soundtrack for a short film I starred in. I wrote the song from the perspective of my character who came back as a ghost to try and get her murder solved after 30-years of being dead.

What is your songwriting process? Lyrics first or music?

My songwriting process really depends on the song. Most of the time I’m either inspired by a specific chord progression or a specific phrase, then everything just happens at once from there.

Your voice is marvelous, coruscating and evocative. Is this the result of voice lessons or does it come naturally?

I took voice lessons for 10-years. Although I naturally had tone and style, I’ve always struggled with the technical side of singing. It took a lot of hard work for me to master pitch and breath-control, but everything stylistically came naturally.

Is your sound evolving? If so, in which direction – toward pop or R&B or soul?

I would definitely say my music is currently evolving. I’m working on an album that I hope to release in 2021, and it’s a very experimental and genre mixing project. The thing about the album is that every song speaks for itself and has its own inspiration while still being tied together by the uniqueness of my voice. I would say that a big theme of the album is synth-pop and alternative indie-pop.

I make music simply because I love it. I think the point of life is about finding true happiness and nothing makes me happier than creating and performing music. I also believe in the power of music to bring people together and to save lives. Music is the kind of art no one could live without and I just feel lucky to be one of the people who contribute to that listening library.

How have you been handling the coronavirus situation?

In regards to the coronavirus, I’ve been keeping sane by putting my album together and bonding with my family.

Looking ahead, what’s next for you musically?

The next step for me really is this album. I think it’s a super unique compilation of songs and I can’t wait to share it. Aside from that, I do have two singles coming out before the end of 2020, one scheduled to release on August 20th.