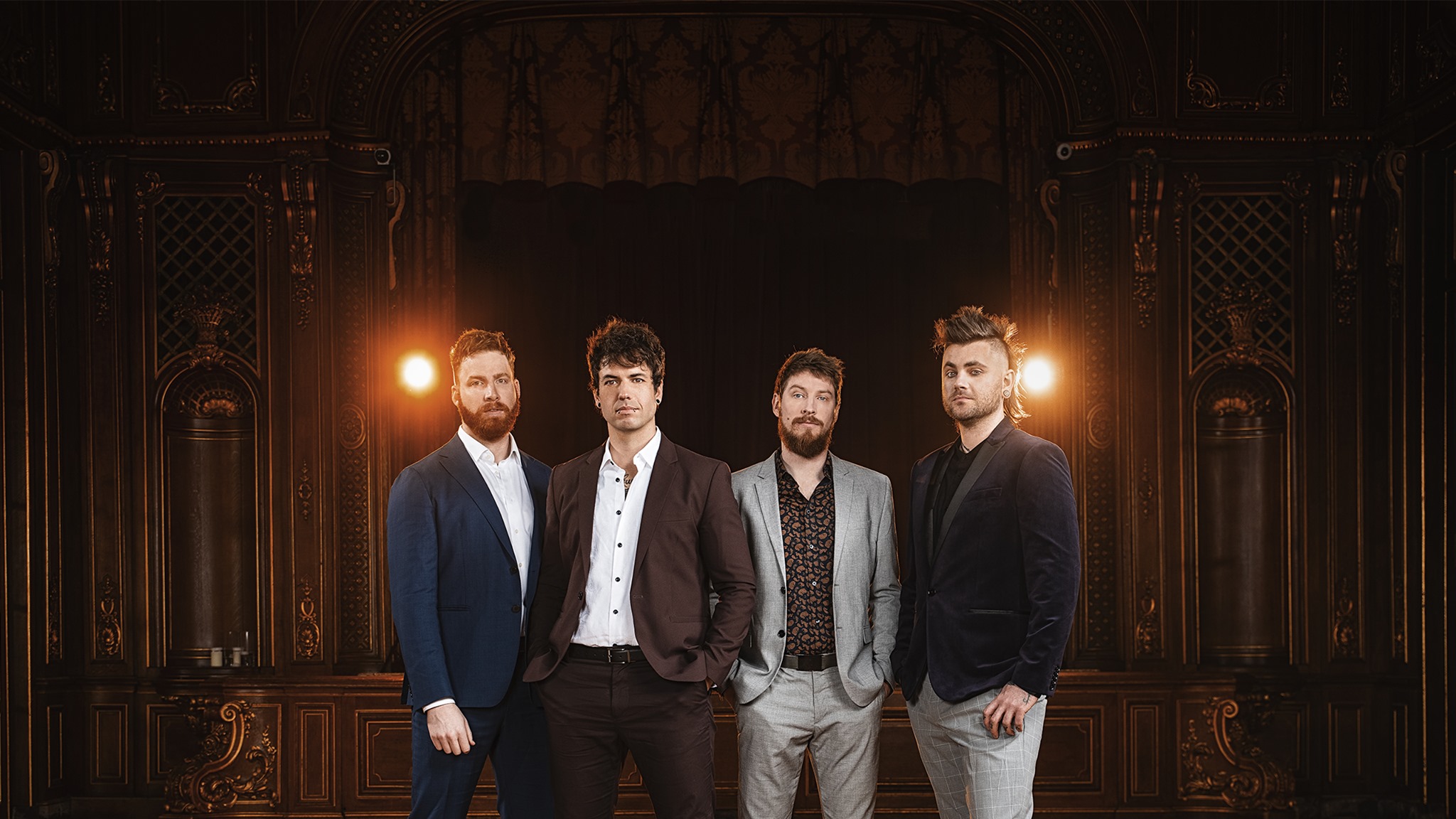 Although this isn’t something I conventionally endorse in a rock record, especially one as compact as Dark Stars & Velvet Skies by Burn the Ballroom, the string play isn’t the main focus of the music – and it still feels like a pretty heavy EP from top to bottom. Where there’s a bit of reliance on oversized grooving to make a certain kind of statement in alternative rock (traditionally speaking, at least), there’s more of a tendency to exploit poetic and sonic channels in this release, both of which wind up taking us to a place we haven’t previously been with this noted D.C.-born band.

There’s so much more to songs like “A Ship That Shared Your Name” and lead single “Still” than the sterling quality of their strings, and I would point to the unforced flow of the lyrics as evidence of how solid a compositional bedrock the group is working with in every corner of this EP. Whenever they’ve got something to say to us in this disc, it feels like they know exactly how to say it and what sort of beat will complement their sentiments without driving a point into saccharinity. That’s a real talent and not something their scene is known to be overpopulated with.

The guitars actually get a lot of pushback from the percussion in the aforementioned “The Long Way Down,” but it’s necessary to keep the friction that starts with the introduction of the vocals in this song burning through the rest of the record. After all, when the pianos take over the lion’s share of the spotlight for “Calm Down” and “10 to 1,” they’re progressively burning creative oil leftover from the first two songs on this EP, hinting at broader concepts I want to hear Burn the Ballroom explore more in their next proper album.

If “10 to 1” and “Fall With Me” didn’t spotlight the epic, anthemic vocals this singer is capable of putting out behind the mic when the mood strikes him just the right way, this wouldn’t be the full-spectrum rock n’ roll record I was hoping I would get to hear before the summer ended. The stadium rock component of Dark Stars & Velvet Skies is enough to probably make a critic or two scratch their heads, but only long enough to produce one universal epiphany – which is that this band was always meant to be going larger than life on and off of the stage.

Melodically charming and mechanically impressive no matter what part of its tracklist we’re analyzing, Burn the Ballroom’s Dark Stars & Velvet Skies was an EP that had me going back through its creators’ discography just to appreciate their growth, and my, how they’ve grown so much just in the past half-decade. There’s a wit in their songwriting that can’t be taught in any school, no matter how dedicated the pupil happens to be, and based on how well they’re making it work for their purposes in this record, it’s going to score them some mainstream love in their next affair as well.