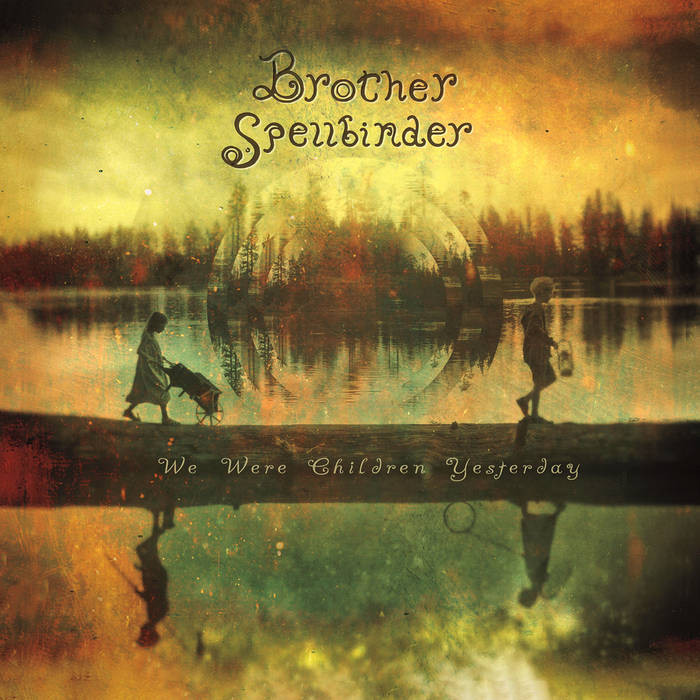 Under the fragile lead of a simple, innocent melody, Brother Spellbinder forge a uniquely soft and surreal song in “If You Change Your Mind,” one of the seven inspired compositions to be found of their new record We Were Children Yesterday. The approach that this chamber-folk group takes to pure harmonies in tracks like this one and the ninety-six second “Mandalay” is both minimalistic and nonconformist in nature, but it hardly leaves anything to be desired among music aficionados. In We Were Children Yesterday, Brother Spellbinder issue a record as aesthetically menacing as it is melodically captivating, and that’s something most any modern listener can get excited about.

One can’t help but think of early Devotchka when taking in the exotic sway of “Aching Eyes,” but this isn’t to diminish the originality of the tune – quite the contrary, in fact. The influences in play here are as eclectic as the music itself is, and even in seemingly straightforward tracks like “Red River Valley,” there’s an eccentricity to the foundational structure of every beat we hear. The instrumentation is wildly difficult to peg in a specific genre, but the vocals on their own are something that I can only describe as being organic American folk at its finest.

“Birds of a Feather” gets the record started, and I can definitely understand why Brother Spellbinder chose it to be the leadoff track. For only running a moderate four minutes, it’s got a very sprawling arrangement that in many ways exemplifies the blueprint for the entire album in a single song. “Woman” is similarly deceptive in its juxtaposition of a barebones construction and larger than life lyrical striking, and frankly I think that both compositions balance each other out quite well here. Brother Spellbinder are a multidimensional act, but they’re not giving up any ground in favor of pop appeal in We Were Children Yesterday.

There’s no debating what the most chilling song on this LP is – it’s undeniably “20 Years Ago – Full Version,” which brings the record to a close with a Melanie Safka-like harmony that has been reframed with dark, cryptic chamber poetry. It’s the perfect capper to a truly incredible effort from Brother Spellbinder, who prove themselves to be one of the more adept groups in or out of their scene in this most recent release. I was instantly taken with the emotional and sonic depth of We Were Children Yesterday, and after a few dedicated listens, I found it to be one of the most charming albums of its kind out this season.