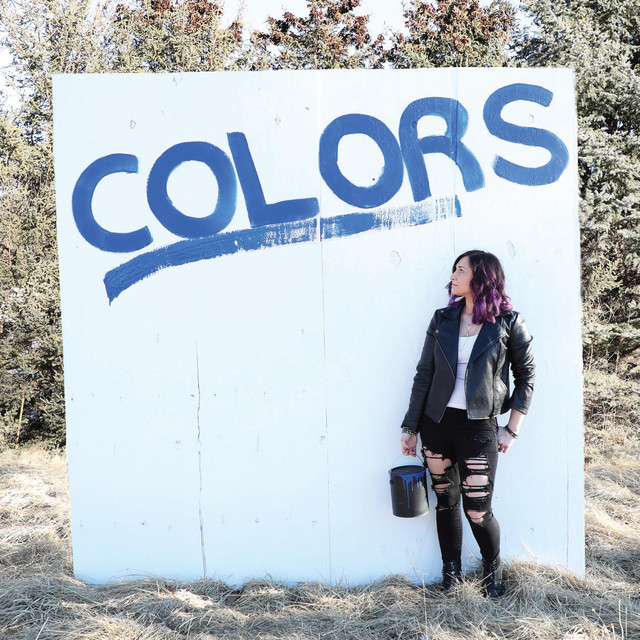 It doesn’t take more than a couple of seconds into the title track in Brittany Sword’s new EP Colors to pick up on the tone of the entire record, but as you’ll soon discover, this is anything but a single-threaded release. The mood is everything to Sword, and through her brittle harmonies and at times heart wrenching internal lyrical dialogue, we’re introduced to a pop singer/songwriter in this player who is anything but afraid to tell her story. In what has become a generation of artists obsessed with insularity, this is a musician and lyricist who has a more likable personality when she’s getting personal than the majority of her peers do, and she’s using her charisma to make one of the more accessible pop listens of the season in this performance.

“Set Me Free” and “Colorblind” invite as much of a bruising physicality into the master mix as they do a warm poetic center, and I think it’s at the halfway point in the tracklist where we start to realize just how much weight Sword can throw around when she isn’t pressured by an arrangement to play the part of a typical pop singer. She’s got a casual demeanor in a couple of tense moments here that says a lot about her comfort with the backdrop and, more importantly, the moodiness of the melodies she’s conjuring up so vividly. I’m surprised I hadn’t listened to her work before now, as it has the sort of inelegant heart that I’ve been craving out of an indie pop artist’s output for the better part of the last two years.

Stay runs a modest 2:50 and works out a bluesy undertow that I want to hear more of in the future releases we get from Brittany Sword, and despite its curt attitude concerning harmony, I can’t say for sure whether or not it feels like the leanest and meanest performance in Colors. There’s just too much thought going into the efficiencies of these tracks for me to determine one song as being a more complete piece than the other, and it’s in this regard that I think Sword has issued one of the more complete and thorough EPs of its kind to come out of the American underground in 2022.

Released this past April 29th to much less fanfare than some of the other singer/songwriter pop efforts that have debuted in the past twelve months, Colors defiantly presents us with the poetic stylings of one Brittany Sword sans filtration, which has become all too difficult to find amid a saturated new era for pop music. The five songs we encounter here, from the title number to the stomping, vibrant “Down,” are an interesting introduction to what this player can do in the studio, and even though I haven’t listened to anything else she’s done outside of this performance, there’s enough evidence in Colors to suggest that Sword is merely teasing the audience with her melodic wit and depth in this tracklist. I’ll be sticking close with her future work, and I can see a lot of other deprived indie pop enthusiasts understanding why.