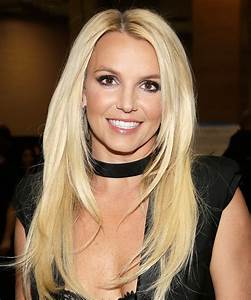 Britney Spears would “definitely” go to a reunion of The Mickey Mouse Club.

The Toxic singer got her first big break in the 1990s revival of The Mickey Mouse Club at the age of 11, alongside fellow budding stars Christina Aguilera, Justin Timberlake, Ryan Gosling, and Keri Russell.

She has since become a global superstar, but Britney isn’t afraid to go back to her roots.

“It was a really good time,” Britney gushed to Entertainment Tonight. “It was a great time. It was probably one of the most special times in my life, The Mickey Mouse Club.”

And the Womanizer songstress would also love to reunite with the original cast, provided they organised it, adding: “They would have to plan it. I would definitely show up. I would go, definitely.”

Following the demise of the popular NBC variety show, Britney released her debut studio album …Baby One More Time in 1999, which went on to sell more than 25 million copies worldwide and become the biggest-selling album ever by a teenage artist.

Though the hit album is approaching its 20th anniversary, the 36-year-old admits it all still feels like yesterday.

“It doesn’t (feel like much time has passed). It’s been so fast. I feel like I just started yesterday,” she recalled. “It’s like everything still feels very new, which I guess is a blessing. But it’s been a rollercoaster. I’ve had my manager (Larry Rudolph) for 17 years.”

The mum-of-two is currently enjoying the North American leg of her Britney Spears: Piece of Me Tour, as well as juggling the launch of her brand-new unisex fragrance Prerogative and being a mum to sons Sean, 12, and Jayden, 11.

Reflecting on her career, the star admitted she has learned some life lessons on the way and would impart them to her younger self if she could.

“I would tell that Britney just to believe in yourself, and never doubt yourself,” she smiled. “Be strong, and be you.”