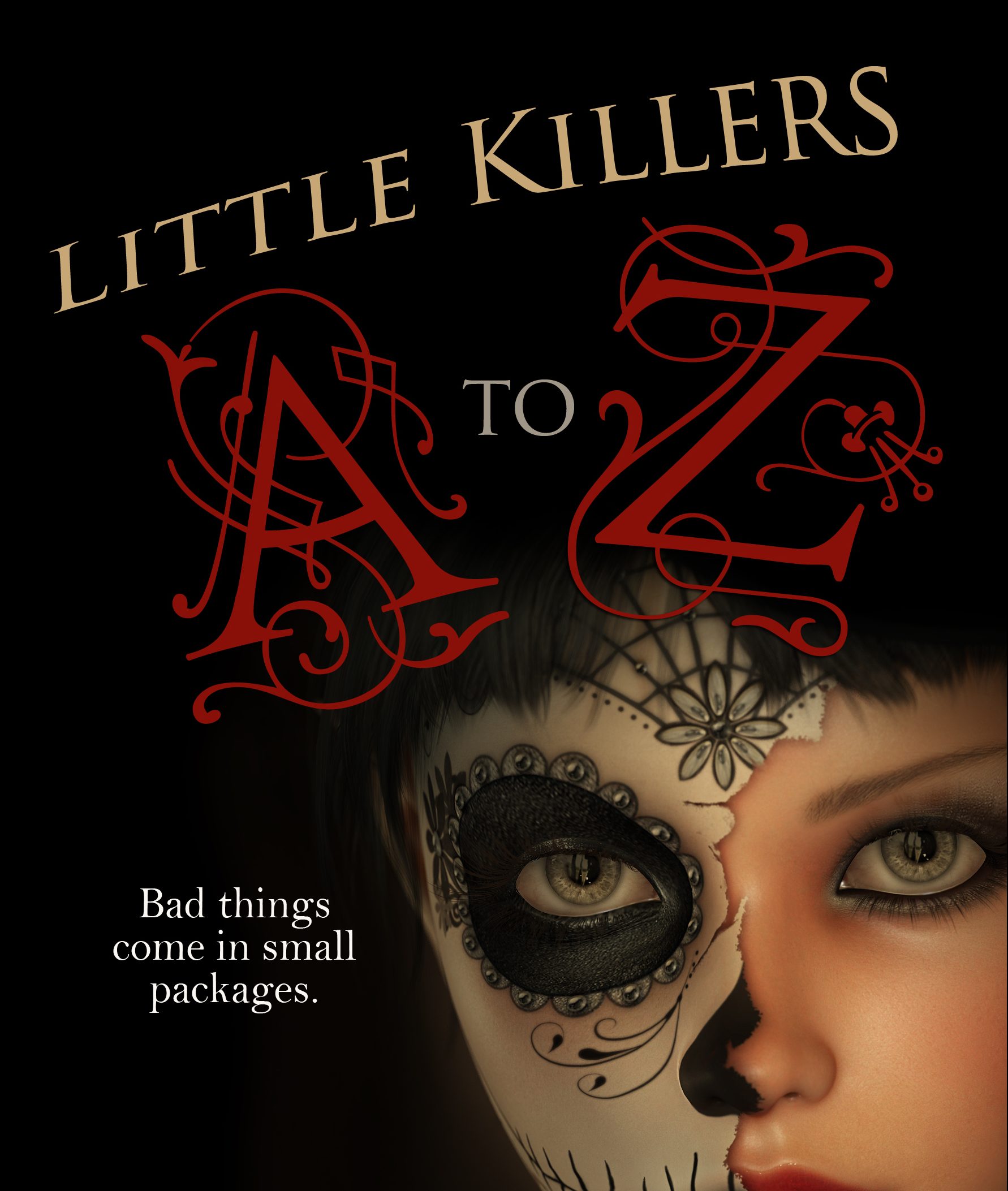 Author Howard Odentz and voiceover actor Ken Kamlet have a lot in common. Both came of age in the eighties. Both have been with their husbands for almost thirty years, both dote on their canine companions, and both share a similar love of quirky, humorous and often scary stories.

Although the two have never met before, Odentz’s anthology ‘Little Killer A to Z’, a collection of twenty-six stories about children who kill, brought them together for Kamlet’s audio version of this horrific, twisted, and often laugh-out-loud project.

Both the book and audio are available wherever books are sold. 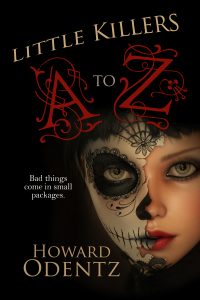 Recently Odentz had a chance to speak with Kamlet about what it was like to voice his book.

Odentz: I was really excited when I found out through my publisher, Bell Bridge Books, that an audio was being made of Little Killers. What drew you to this specific piece?

Kamlet: It was the title, the description, and the style that initially caught my eye. I was given ‘A is for Andy who Watches his Dad’ to read, and I wanted more. Once I read the whole manuscript I couldn’t wait to get started. In some ways it’s a very funny book.

Odentz: I always try to mix a little funny in with my creepy. Why did you think it was funny?

Kamlet: My tastes can sometimes be twisted and there was such a variety in Little Killers. Some of the stories were heartbreaking, some were frightening, but parts of them were very funny in unexpected ways. Also, I really like the way your characters talk.

Odentz: I try to be inclusive with all my writing. As with my other works, Little Killers A to Z has some gay themes. Were you surprised by that?

Kamlet: I was. I usually find gay literature or straight literature, but never a mix and definitely not in a suburban or rural setting. All of your stories are set in Western Massachusetts and have a very small town feel to them. It was interesting to read an inclusive grouping that wasn’t just gay or straight, but multicultural as well.

Odentz: Did you have any favorites in there?

Kamlet: I think the one that spoke to me the most was ‘G is for Gil all Alone and Unhappy’. Without giving away too much, I found that the story really peals back the layers of the issues the characters face. I have been touched by people who have dealt with addiction. This piece handles that subject in an organic and honest way.

Odentz: What about ‘W is for William who is Smitten a Little’? It’s about a fifteen-year-old boy lusting after his neighbor who is mowing his lawn across the street.

Kamlet: I thought that story was both funny and a little hot with an unexpected twist at the end.

Odentz: That’s one I’d rather my mother not read.

Kamlet: I can’t wait to play the audio for my mother. She may be a little creeped out and worried for me, but that’s okay.

Odentz: Did you have any other favorites?

Kamlet: I really like the story about chubby Roberta Katz who gets nicknamed Blobby Fats in third grade. Also, ‘N is for Nancy who Questions Tradition’ was almost a retelling of my own experience in third grade. In that story, Nancy comes from a mixed household where her mother is Catholic and her father is Jewish. I also grew up in a mixed household. My father was Jewish and my mother was from Guatemala. Like Nancy, who had a horrible and mean teacher, so did I. My teacher, with her Marlo Thomas hairdo, didn’t believe that my mother was really my mother. When she was finally convinced, she told me that she hadn’t realized that I wasn’t ‘regular’. In third grade I didn’t even know what that meant. Years later I found out she was accidently killed by her boyfriend during some heavy duty S&M.

Odentz: Yikes. I might use that in an upcoming story. What about ‘L is for Lee who wants only one Thing’?

Odentz: So how did you get involved in voice over work?

Kamlet: I’ve been acting most of my life but in addition to acting I ended up working in investment banking to make ends meet. It was a hateful thing and a little soul killing. One day I just quit. I knew I had to earn a living so I went to the actor’s union and took a variety of workshops to help me develop a “side hustle” that I could live with. It was in a course where I met one of the leading audiobook narrators who introduced me to the world of voice over. In addition to really enjoying the work, I have been pleasantly surprised to discover that even though the industry is tough to break into my competition is actually a community of people who are very nurturing, supportive and encouraging. That’s extremely unusual in show business which is generally very cut-throat. I haven’t looked back. It’s a new acting experience. I’m a born story teller. Voice over work has helped me to combine my acting skills with my storytelling skills in new and different ways. Another plus is that in my home studio I don’t have to wear a tie. In fact, I often work in my underwear. So, there’s that.

Odentz: Have you voiced horror before?

Kamlet: One of the previous books I voiced was a non-fiction piece about serial killers. Other than that, I either get a lot of self-help books or very sinister books. The non-fiction is fun, but it tends to be a little bit one note. The fiction is more twisted, and challenging.

Odentz: By the way, did you catch my nod to Edward Gorey with my rhyming table of contents?

Kamlet: Absolutely. That’s why I recorded the Gallery of Killers, as well.

Howard Odentz is the author of eight titles including the newly released shorts BONES and SNOW, as well as the young adult and emerging adult zombie trilogy DEAD (a LOT), WICKED DEAD, and DEAD END, the disturbing jaunt BLOODY BLOODY APPLE, the psychological thriller WHAT WE KILL, and the wildly creepy collection of twenty-six short stories about murderous children called LITTLE KILLES A to Z. 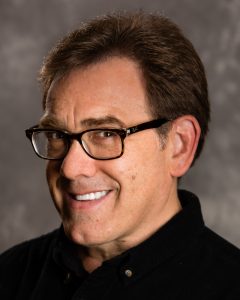 His titles are available wherever books are sold.

Ken Kamlet has worked on, off and behind the stages of many theatres in New York City, Los Angeles and around the country including Lincoln Center, Ensemble Studio Theatre, Dorset Theatre Festival, Theatre 40, Forestburgh Playhouse, Culver City Public, The Ivy Substation and many more. He has also appeared in numerous film and television roles and has been heard in a variety of acclaimed voice over performances including, SERIAL KILLERS: TRUE CRIME, BROADWAY BABE, THE JOY OF RECOVERY, SERENA WILLIAMS: THE INSPIRING STORY and most recently, THE STONEWALL MASSACRE. 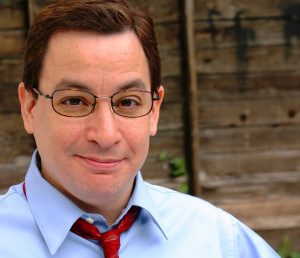 Ken Kamlet can be found at http://ww.kenkamlet.com

A nod to Edward Gory
The Gallery Of Killers

A is for Andy Who Watches His Dad
B is for Boris, and Rifka, and Vlad
C is for Cassie Who Owes Michael Myers
D is for Dan Who Gets Picked for the Pyres
E is for Emmett Who’s Always Behind
F is for Fern Who Has Murder in Mind
G is for Gil All Alone and Unhappy
H is for Hope Gone Ice Fishing for Crappie
I is for Ivy Who Lives on the Cape
J is for Jan on a Fire Escape
K is for Kieran Who Fights in a Ring
L is for Lee Who Wants Only One Thing
M is for Maura Who Builds a Partition
N is for Nancy Who Questions Tradition
O is for Oz Who Has Piss Poor Genetics
P is for Pam Who’s a Wiz with Cosmetics
Q is for Quinn Who’s an Animal Lover
R is for Rae Sent Away to Recover
S is for Stevie Who Must Pay His Dues
T is for Tommy with Nothing to Lose
U is for Uma Who Laughs at a Tumble
V is for Vicky Who Sees the World Crumble
W is for William Who’s Smitten a Little
X is for Xander Who’s Covered in Spittle
Y is for Yuri Who’s Prone to Predation
Z is for Zina Who Suffers Starvation 169

Download your copy of “Little Killers A To Z” on Amazon here: https://www.amazon.com/Little-Killers-Z-Alphabet-Horror-ebook/dp/B01GIQED16/ref=sr_1_fkmr2_1?ie=UTF8&qid=1546906640&sr=8-1-fkmr2&keywords=little+killers+atoz+howard+odentz