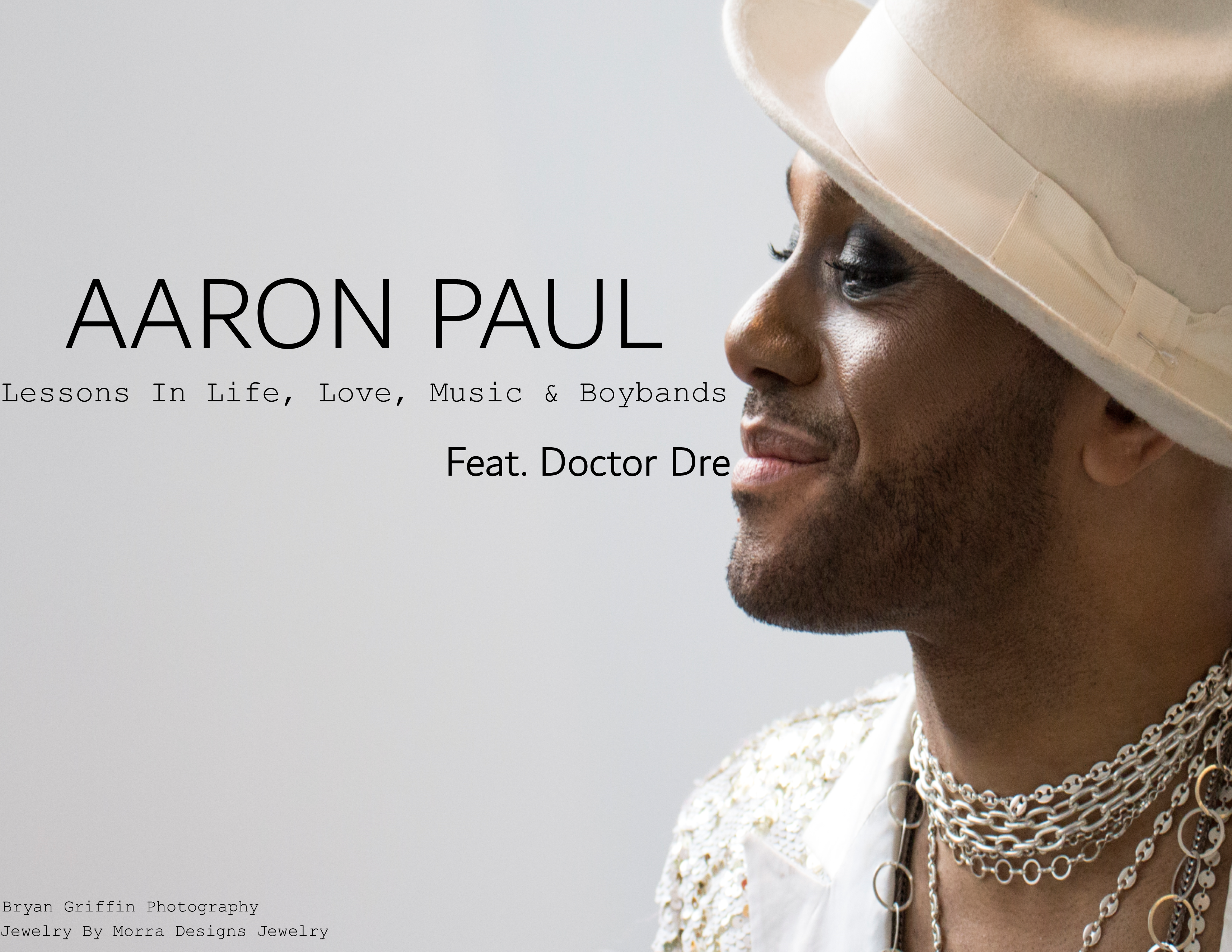 Music is an art form that, through almost its entire history, has inspired us, shaped our popular culture, and made definitive statements about who we are, and what’s important to us. Often, the sings we sing and listen to, reflect our hopes, desires, and fears, and illustrate the things that bring us together and draw us apart. We identify with different genres, which can reflect regional, cultural, or generational mores; indeed, sometimes our music even confronts groups within our extremely diverse population. In modern times, hip-hop has emerged as the definitive expression of urbanity in America, the quintessential depiction of raw, gritty inner-city street life. Its hard, driving tracks explore the subculture of our conurbations, often highlighting gangsterism, masculinity, and strength in the face of overwhelming adversity. In hip-hop, however, we also find hostility: its lyrics sometimes strike out at groups deemed unacceptable by its audiences, such as the LGBTQ community. 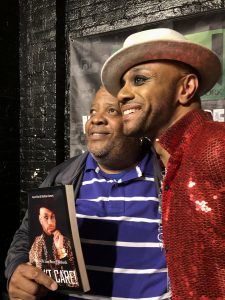 Gays, lesbians and transgender individuals have always resided within our hardcore “hood” enclaves; yet they are antithetical to its music, even to this day, as Migos’ vocalist Offset demonstrated when he lyricized, “I cannot vibe with queers” on VFN Lucci’s recent Boss Life single. Migos reinforced this underlying sentiment in a Rolling Stone interview last year, in which they excoriated colleague iLoveMakkonen’s coming out as an example of “the world being f*cked up”. This undercurrent of homophobia has permeated hip-hop for generations, but now, a British pop star and a legendary hip-hop pioneer are changing all that, in a remarkable, collaborative effort uniting them both. It’s the first time an out-pop artist and a living hip-hop legend have recorded a single together.

Aaron Paul has lived his life in music, from his upbringing in London’s hard-knocks Battersea section, through his discovery and placement by renowned producer Simon Cowell as the front man of Worlds Apart, a boyband that skyrocketed to international fame in the 1990s. He emigrated to New York City soon after his time with that chart-busting ensemble, to establish his career as a solo artist in his own right, coming out of the closet along the way. He set up AP Music & Productions as his recording house, and never looked back, rolling out three albums to great fanfare and acclaim, and becoming a strident voice in important social issues, as well. In the past year, as he continued creating and performing, Aaron teamed up with this reporter to author his tell-all bio, I Don’t Care! Lessons In life, Love, Music & Boybands, a deep introspection on his experiences in the music and fashion industries, and a meditation on his sexuality, struggles, and facing life itself. 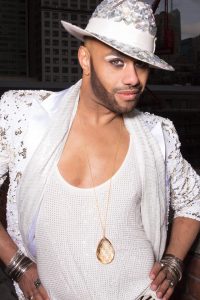 Out of that book’s pages came inspiration: Aaron decided the tome needed a theme song, and he set about composing lyrics to a companion-piece track for it. Invoking the book’s subtitle, Lessons In Life, Love, Music & Boybands, this single is historic in its unification of Doctor Dre, the iconic Yo! MTV Raps! Co-host and bicoastal radio personality (Dre was the morning radio voice of the hip-hop nation on New York City’s Hot 97, with co-host Ed Lover, during the 1990s), with Aaron, a flamboyant pop artist who remains a passionate LGBTQ advocate. “I was moved to create this song,” Aaron says, “and I knew from the day I met Doctor Dre, that I wanted to do a project with him.”

Dre enthusiastically agreed to contribute vocals to the record, which is part of Aaron’s new album, Dance, (following his other solo works, Raw and Electric Erotic) executive produced by Aaron, Exit 39 producer Peter Tanico, and Worldstar PR mogul Eileen Shapiro. “I think Aaron is a great talent,” Doctor Dre observes, “and I was happy to work on the song with him. I think overcoming (the book’s main theme) is becoming.” Doctor Dre, whose credits include the feature film Who’s The Man?, and reviewing films on ESPN2’s Cold Pizza TV series, says he supports the LGBTQ community. “I appeared at Gay Men’s Health Crisis’ (GMHC) event in the Javits Center, and people asked me ‘why?’,” Dre recalls, “I said, ‘why not?’”. 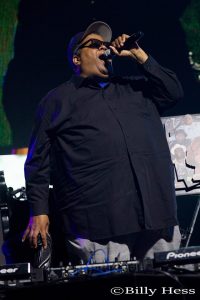 Doctor Dre currently hosts the weekly Fleshwound radio program out of DaMatrix Studios in the Bronx, where Aaron has made several guest appearances. “I met Aaron through a wonderful lady, Eileen Shapiro, “Dre notes, “and it’s been great having him on the show.” For their single, Aaron and Dre sought to make history, and in so doing, break down those longstanding barriers between the hip-hp nation and the LGBTQ world. “In today’s political climate,” Dre says unflinchingly, “we need to come together, whoever we are.” Aaron’s work reflects a similar boldness, and he has crafted a unique brand, unafraid of the consequences, and his crossover song with Dre is one of fourteen tracks on Dance! That feature the work of Simon Bradshaw from across the pond, and a duet with Village Voice impresario Michael Musto. Top-flight reggae icon Paul “Virgo” Bent also lent his skills to the making of the record, as did Tanico, on nine of its songs. Aaron and Doctor Dre are both no strangers to controversy, and as hip-hop has always had an element of social commentary within it, Lessons In Life, Love, Music & Boybands fits right into that genre’s ethos, with its funky, ‘70s throwback feel, and edgy modern beats.

“The message I want to convey with Dance,” Aaron rhapsodizes, “is that if only we could all just Dance together, we might discover we’re all really the same.” Doctor Dre concurs with that sentiment. “I think everybody should freely be who they really are, even LGBTQ,” Dre muses, “and it’s important to recognize that.” The album, including Lessons In Life, Love, Music and Boybands, is set to drop on September 18, just before Aaron’s birthday, and there’s a new music video in the pipeline, too. Aaron was recently nominated Best US POP Artist by a major overseas magazine, and he expects other nominations in the coming months. Doctor Dre also has exciting new projects underway, such as the continuation of Fleshwound, and 2 Blind Mics, which raises awareness about people living with blindness and visual impairments, which he is doing with T Reid, aka the Super Hero Sensei, who, like Dre, is also blind. In unity, as the old adage goes, there is strength. 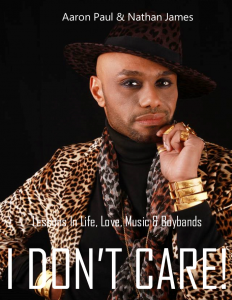 With the unity of Aaron Paul and Doctor Dre, the curtain is going up on a new age, as the blending of genres and artists opens a new window on understanding and acceptance, connected by the timeless art and substance of music. You can find Aaron on Facebook at facebook.com/aaronpaulmusic, on Twitter @ApaulMusic, and Instagram at @aaronpaulmusic. Aaron’s music is available via Soundcloud at https://soundcloud.com/aaronpaulofficial. The book is currently available at Amazon.com, and at fine bookstores everywhere. Doctor Dre resides online at 2blindmics.com, damatrixstudios.com, and on Twitter as @DrDre39.

NATHAN JAMES is a longtime entertainment and LGBGTQ journalist and advocate. You can read his work at HuffPost, GBM News, NBC OUT, DBQ Magazine, Pure M, Hip Hop Weekly, and a host of other media platforms and periodicals. (In disclosure, Nathan is the co-author, with Aaron Paul, of I Don’t Care! Lessons In Life, Love, Music & Boybands, on which Aaron’s single featuring Doctor Dre is based.) Follow Nathan on Twitter at @RealNathanJames and on Facebook at facebook.com/NathanJamesFB. 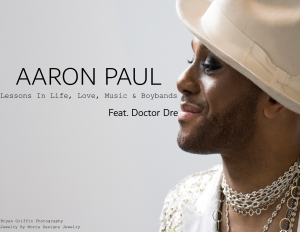