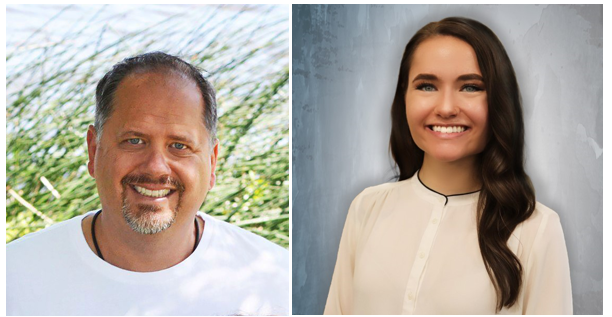 Brian Smith Ph.D. and Mary Smith Release “Individual Advantages: Be the I in Team”

Father-daughter pairing Brian Smith Ph.D. and Mary Smith make for a good team. Their new book is titled Individual Advantages: Be the I in Team. Itbalances a healthy dose of observational traits which likely make up both the elder and younger Smith’s observational tendencies, against the colder backdrop of statistically-backed data. Primarily the book hinges on looking at things from a decidedly emotional perspective, but never at the expense of rationale or sense. Tonally it’s very much a child of the era it’s been written in, where facts have had to make room for a certain degree of less opaque, less tangible sentimentality. This is based around the insertion of psychology and certain degrees of the self-help technique into traditionalist leadership mantras.

“All people can be successful if they can accept that success requires change. Success comes with many challenges, and we won’t get anywhere in life by remaining passive,” Smith and Smith write. They go on to state, “As you continue through life, and the change that comes with it, don’t dismiss the random occurrences. Everything happens for a reason and all actions have balance. This is why listening and observing are so important, especially during proactive change. You must be in tune with the change and with those around you to ensure that you end up where the change was meant to take you.”

It’s that constant stressing of the bait-and-switch personality traits making up good leadership that sets Individual Advantages apart. Like its title suggests, this is in part due to the term ‘good leadership’ specifically having a subjective quality. Everyone will bring different strengths and weaknesses to the table when they’re put in charge of an enterprise, or in a distinctive position of power. What’s most important, Smith and Smith state, is whether or not said individual will see their position not just as a company leader, but as someone who bears the ultimate responsibility for the enterprise’s goals.

It’s by putting a humanistic and compassionate spin on what easily could be construed as postmodernist drivel, or otherwise dry statistical analysis, that Smith and Smith really succeed at what they set out to do. The book never outstays its welcome. It’s effortlessly packed to the brim with insight, problem-solving techniques, and relationship-building advice within the corporate world. But it never feels jam-packed, nor overwhelming. Smith and Smith know how to be evocative, but ultimately they’re straight-shooters – saying exactly what needs to be said, no more no less. That is to be commended.